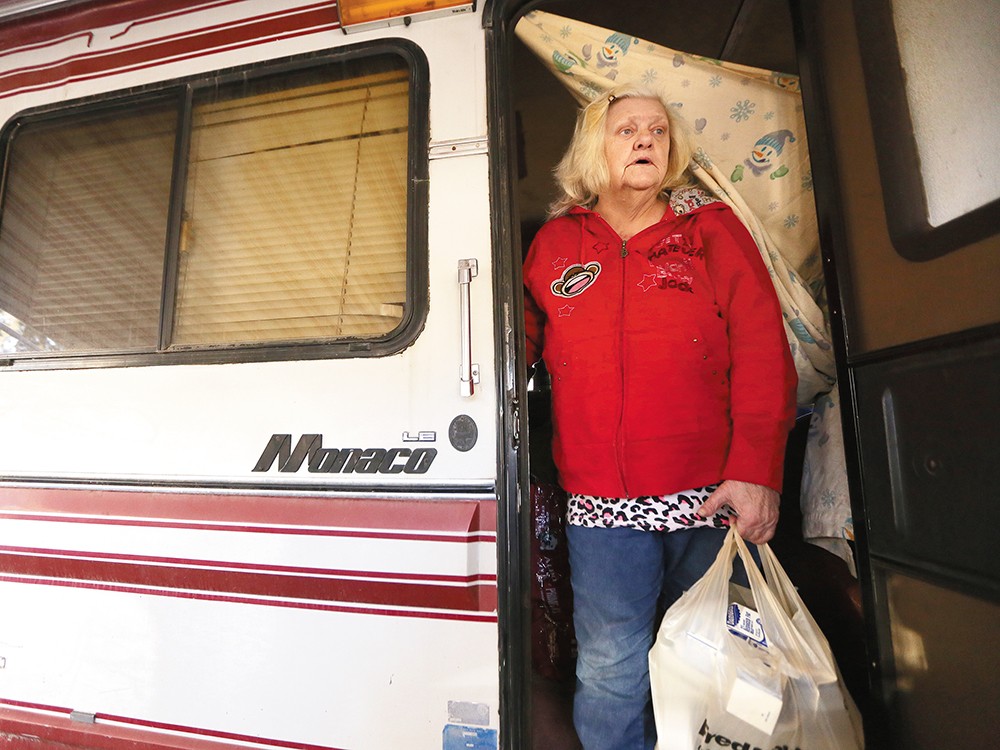 Volunteers line the kitchen counter at the Lake City Senior Center in Coeur d’Alene as cooks load meal trays into a row of coolers. Kris Wright double checks the delivery lists for the morning Meals on Wheels routes, handing out instructions to each driver.

As coordinator for the center’s Meals on Wheels program, Wright stresses how important the service can be for shut-in seniors. Delivery drivers don’t just bring food. They may also be the only contact those people get all day. They take out the person’s trash or help with other quick chores. It’s all part of the job.

“You’ve got to love this,” she says, “You have to be doing this from your heart.”

Center Director Rick Currie says Idaho’s senior nutrition programs could lose approximately $200,000 this year as a result of the recently passed sequester. His agency, along with thousands of others nationwide, continue to come to grips with the uncertain impacts of the pending federal budget cuts.

“Part of the problem is that we have no idea what’s going to happen,” he says. “There’s no information coming down.”

From public schools to military bases, the federal sequester cuts have loomed over upcoming budgets, staffing and services. Local organizations have grown anxious under hazy funding estimates and shifting expectations.

As agencies adjust to their new limitations, Currie says he fears the true impacts will fall on those who can least afford them.

“These are the people that need [help] the worst,” he says of his seniors. “No question. These are extremely vulnerable people”

As far as regional military cuts, Fairchild Air Force Base, west of Spokane, recently announced it would cancel its 2013 SkyFest airshow as a result of the sequester cuts. Air Force officials also expected to potentially furlough hundreds of civilian employees and reduce non-essential flight hours.

Capt. Ken Scholz, with the local Public Affairs Office, says the base has worked for months to prepare for any pending budget cuts. Officials estimated as many as 460 civilian Department of Defense employees at Fairchild could face mandatory furloughs for up to 22 days in the coming year.

“We would definitely feel the effects, and the effects would be negative,” he says.

Scholz says non-mission essential flying would be drastically reduced and all non-emergency construction would halt. He says the base may not be able to avoid the strain of the cuts, but they will uphold all operational standards.

“Obviously, we’re going to continue the mission here,” he says.

In Idaho, military spending would be reduced by an estimated $6.8 million, including furloughs for about 2,000 civilian employees.

Lorna Spear, executive director of student intervention and support services with Spokane Public Schools, says many education cuts have remained vague, but the district has worked to prepare as best it can.

“It’s been hanging over our heads now since the beginning of the last budget season,” she says. “It does make it hard to plan and know what to tell schools.”

Spear says the district could lose about 10 percent of its Title I funding, approximately $1 million, which pays for programs benefiting low-income students. They could also face a 5 percent cut to special education funding.

School officials have tried to avoid any “rash” planning until they determine the exact cuts, Spear says, but estimates suggest the district may have to cut seven to 10 full-time positions.

Kim Papich, public information officer for Spokane Regional Health District, says 32 percent of the district’s funding comes from the federal government, so cuts are sure to trickle down to the local level.

In the coming months, Papich expected to face cuts to emergency preparedness planning, childhood vaccine funding and the popular Women, Infants and Children program, which provides families with vouchers for food.

The Spokane WIC program serves more than 12,000 people each year, she says, giving out thousands of dollars in vouchers that put money back into regional businesses.

“Bottom line,” she says, “we’d have to serve fewer clients.”

The sequester may impact a variety of other community and educational programs that depend on federal funding. The Spokane Guild School, which offers therapy and support services for young children with developmental disabilities, may also suffer significant budget cuts.

Executive Director Dick Boysen says the school has operated amid an atmosphere of uncertainty in recent months as employees try to prepare for unpredictable and unspecified cuts.

Boysen says he can only ask donors for so much money to shore up the budget, and he believes the school has already hit that threshold. He wishes the staff could spend its time helping kids instead of fretting congressional dysfunction.

“The last place you would want to balance the budget is on the backs of babies with developmental disabilities,” he says. “What kind of country are we running?”

Other cuts could reduce funding for the Federal Aviation Administration, reducing airport staffing and potentially closing a control tower at Felts Field. Environmental protections statewide could be cut by about $3.3 million.

Meanwhile, at the senior center, Currie says all of these federal cuts force community agencies to cut back on already underfunded programs that serve the most vulnerable. Many programs have already cut to the bone, he argues, leaving few options other than helping fewer people get vaccines, nutritious food or support services

It’s a choice he dreads.