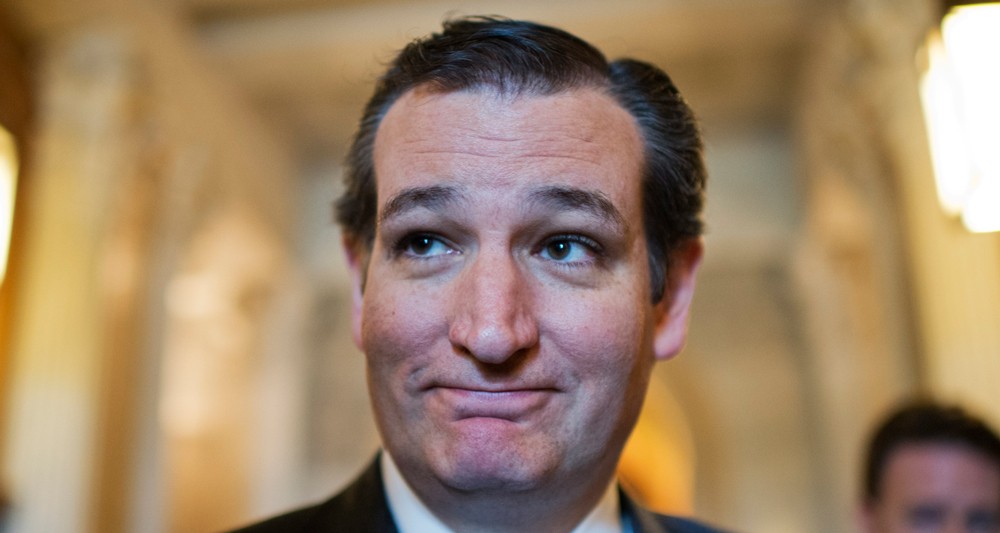 Ted Cruz finds himself targeted by Donald Trump as the primaries approach.

In the end, Trump comes for us all

SEN. TED CRUZ had a plan. He'd avoid attacking frontrunner DONALD TRUMP, and hope to avoid Trump's famous counter-barrage of insults. But with Cruz polling strongly in Iowa, Trump fired on Cruz unprovoked. And Trump, who'd famously demanded Barack Obama prove he was born in the United States, did it in a very Trumpian way: He questioned whether the Canadian-born Cruz was even eligible to run for president.

Legal minds say this isn't up for debate: Cruz's mother's citizenship made him a natural-born citizen. That didn't stop Trump from asking a crowd Sunday, "Is Ted Cruz ... a natural-born citizen?" ("No!" the crowd yelled.) Or from adding "Born in the U.S.A." to his rally's playlist. (DANIEL WALTERS)

Last week, BEN CARSON asked an auditorium full of students in Iowa to point to the worst kid in class — and they did. The retired brain surgeon-turned-presidential candidate was trying explain that he, too, was a "horrible student," but, hey, look where he is now. The good doctor's campaign has been ailing in recent days. Last month, his campaign manager, along with about 20 other staffers, quit. Last Sunday, the head of a national pro-Carson super PAC jumped ship to SEN. TED CRUZ'S camp, saying Cruz is the most electable GOP candidate. (MITCH RYALS)

Planned Parenthood has endorsed Democratic presidential contender HILLARY CLINTON, the first endorsement the lightning-rod group has made in its 100-year history. Clinton earned the endorsement, which comes with a $20 million contribution, for her long commitment to reproductive rights. In other endorsement news, Sybrina Fulton, the mother of Florida teen Trayvon Martin, who died in a highly controversial shooting in 2012, endorsed Clinton. In a CNN op-ed, Fulton writes that after spending time with Clinton, she was convinced that the former first lady was "tough enough" to take on the firearms lobby and enact more gun control measures. (JAKE THOMAS)