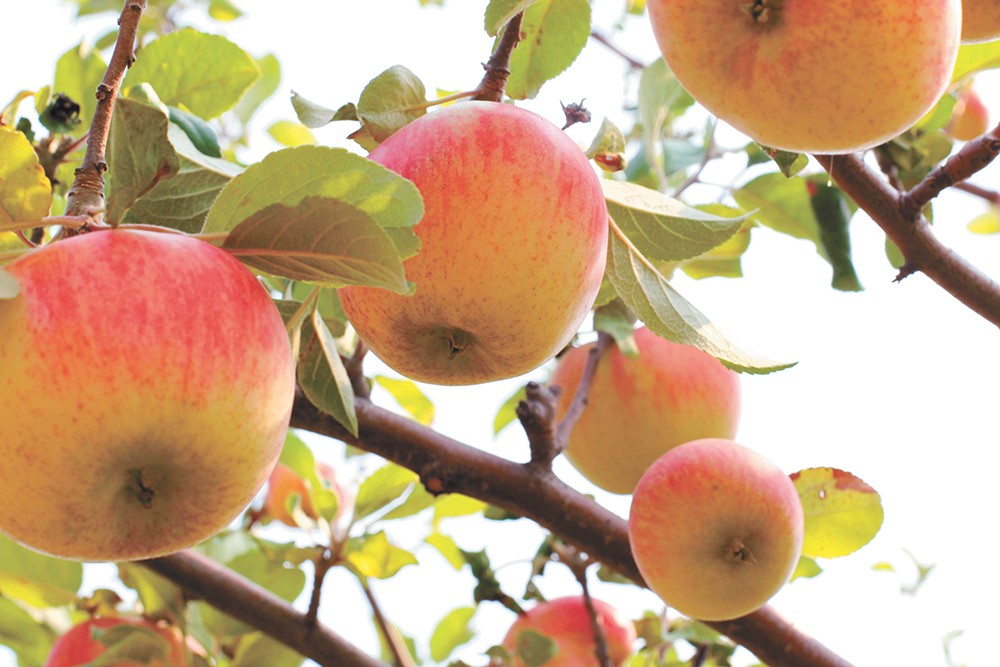 Local media outlets typically share news of celebrity visits to the region, but only the University of Idaho noted the recent arrival of royalty on its Facebook page. The Duchess of Oldenberg has been spotted, not along the beach or at area events, but at two Sandpoint grocery stores, Winter Ridge and Yoke's Fresh Market.

One of the earliest ripening apples grown at the Sandpoint Organic Agricultural Center (SOAC), the Russian cultivar from the 1700s represents an enterprise that benefits the community in numerous ways.

Comprising 66 acres of old growth forest, an open meadow and a meandering creek, the center's property is dedicated to promoting organic and sustainable food production through a variety of programs. The agricultural center consists of meeting facilities, dormitories for visiting faculty and students, a cider shop and a certified organic fruit orchard that's home to 68 varieties of apples, as well as rows of raspberries, cherries, pears and plums, the excess harvest of which, like the Duchess apple, is sold in two Sandpoint grocery stores. The university also recently added a native plant garden and demonstration space for its continuing outreach and educational efforts.

"We have held Master Gardener, Master Forester, and Master Naturalist courses at SOAC, as well as pressure-canning and cooking classes," says Kyle Nagy, who oversees the center.

Staff also work with a range of entities to offer educational programs, including the University Extension, 4-H clubs, homeschool communities and local schools.

"We also want to continue to offer more internship opportunities to students from UI, NIC and other Idaho colleges," says Nagy. "With the facilities and infrastructure at SOAC, it would be great to develop a 'farm school' where interns could come to receive some hands-on training that could be applicable to their future goals."

Right now, for example, the agricultural center is hosting a graduate student from the university's Moscow campus who's evaluating soil tests and the applicability of the results for growers, says Nagy.

"Faculty members have been using SOAC for events, retreats and field trips, but many are also involved in research that would be welcomed at SOAC," says Nagy, noting that it's the only organic facility of its kind in UI's holdings.

While similar educational organic facilities exist worldwide, including nearby at Washington State University, and in Hawaii, Canada and Switzerland, the Sandpoint center represents a significant expansion in capabilities for the University of Idaho. Previously, the only hands-on education in fruit growing existed in Parma, Idaho, where the university runs its pomology and viticulture program. 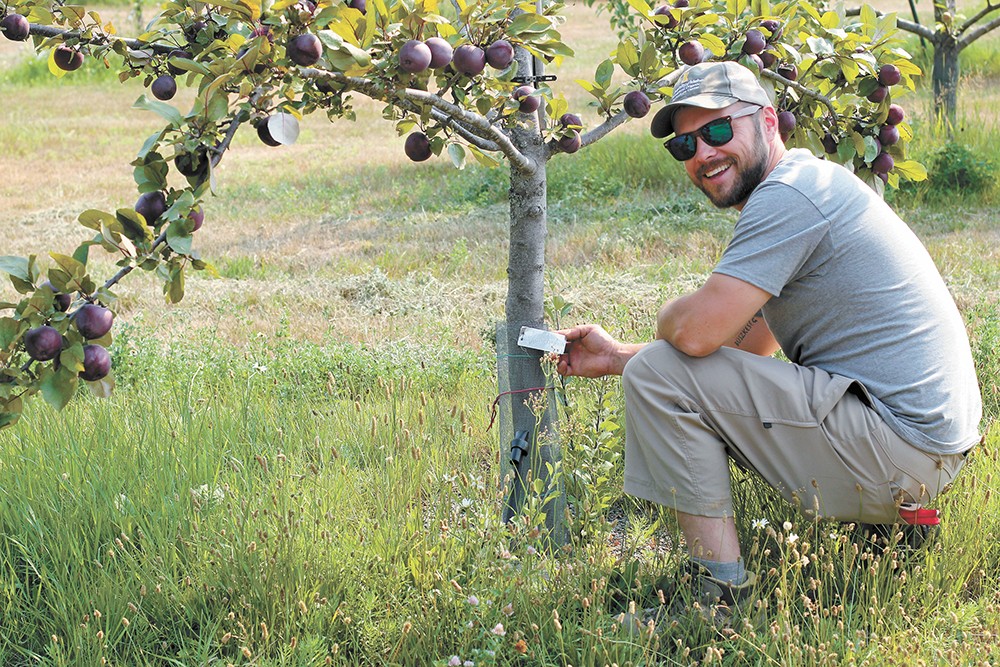 In 2011, Pence brought on Nagy, whose background includes a degree in horticulture and a keen interest in apples. By 2016, plans were in place for additional acreage; the university purchased some, while Pence donated the rest.

Nagy came with the package as the Sandpoint Orchard became the Sandpoint Organic Agricultural Center, eventually adding his dog, a heeler named Selle Pippin for Sandpoint's Selle Valley, where Nagy lives, and Pippin for the apple variety. The dog's main job is "vole patrol," says Nagy, explaining that as an organic orchard, they do not use any chemicals.

As the facility's sole paid employee, Nagy does a little bit of everything, from coordinating tours to overseeing pruning of the orchard's 640 trees, mostly heirloom varieties.

As Nagy walks among the orchard, he pauses to point out some of his favorites. He's sweet on the Niedzwetzkyana (pronounced need-VETZ-kee-ah-na), for example, an unusual apple with a distinctly sour taste that's native to northwest China and Kazakhstan. Its burgundy exterior is strange enough, but then Nagy cuts open the apple to reveal an even more surprising vermillion flesh. Likewise is the Pink Sparkle, with a rosy flesh but sweeter taste, like Sweet Tart candy, says Nagy.

"Grimes Golden is another great, fresh eating variety that has an excellent balance of sugar and acid," he says.

Freedom, a newish variety developed in 1983, he notes, "is an excellent choice for backyard gardeners because it is relatively 'free' of disease and very easy to maintain for homeowners."

"We ended up with around 65 participants from all over the Northwest," says Nagy, who's already working with the University of Idaho on plans for next year's conference, likely in the fall to coincide with apple harvest.

"We are also trying to balance the information so that it would interest both apple researchers from academic institutes as well as heritage apple enthusiasts who are interested in identifying and growing heritage apples of their own." ♦

For more about the Sandpoint Organic Agricultural Center, visit uidaho.edu/cals/soac