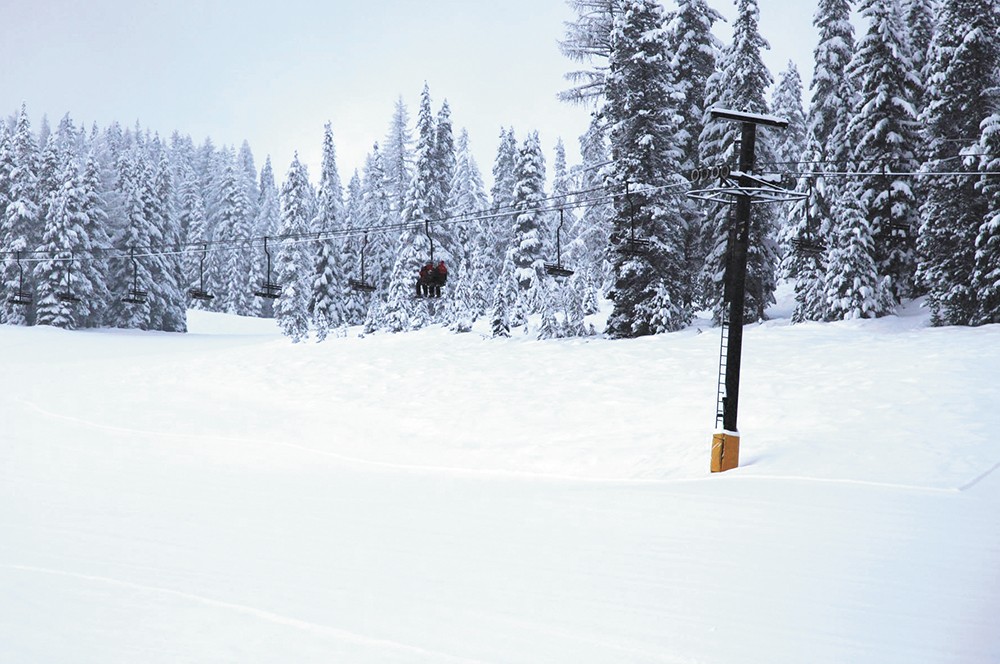 This year, forecasters have little to go on for the months of December, January and February, says John Livingston, with the National Weather Service. "These are large-scale forecasts for large periods of time," Livingston says, cautioning against drawing too many conclusions. "It'll be a near-normal winter. There will be snow in the mountains. Winter will pay us a visit."

Over at Lookout Pass (pictured) near the Idaho-Montana border, things are more optimistic. Chris Barrett, Lookout's marketing director, says even before the first flake of snow, he was seeing signs of a strong winter.

"We were seeing a lot of yellow jackets in the summertime," Barrett says. "Animals were shedding early. That's a good sign as well."

"It looks like it's going to be a promising, 400-plus inch season," Barrett says. "The Farmers' Almanac is saying we're going to have a good season this year, [but] the proof is in the actual pudding."

"It almost re-snows," Barrett says. "It almost slows down time in the snow."

That's the thing about the mountains. Places like Lookout Pass have their own microclimates. Even if the overall Northwest climate remains normal, strange and wonderful weather events can happen on the ski slopes.

"The dry air from the east and south converges on the resort," Barrett says. "Just a mile from us, it'll be raining. [But] it's snowing at Lookout Pass."