SpIFF 2016: For many festivalgoers, Carey Jackson is the face of SpIFF 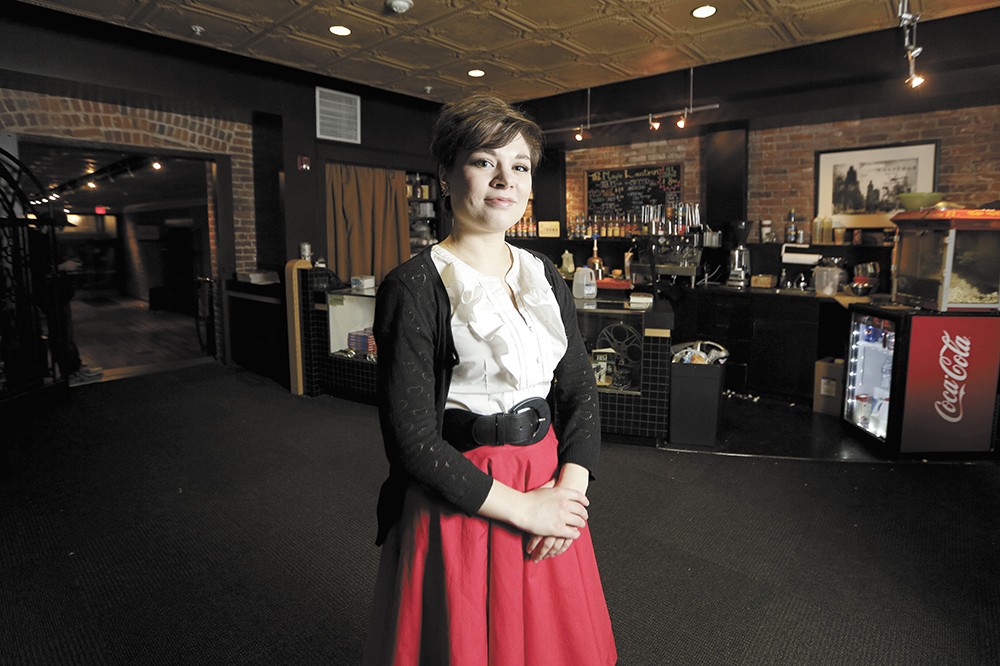 Young Kwak
Carey Jackson, SpIFF's volunteer coordinator, spends a lot of time at the Magic Lantern during the festival.

Carey Jackson doesn't consider herself a "film fanatic" by any means.

She enjoys a movie as much as the next person, sure. She's even dabbled in screenwriting a bit, but that was just for fun.

For Jackson, volunteer coordinator for the Spokane International Film Festival, the event is an opportunity to interact with Spokane in an altogether different way than in her everyday life as a 30-year-old Gonzaga grad student and tutor.

"I really like it as a community event, especially because as the volunteer coordinator, I'm usually at the ticket desk," Jackson says. "I get to see a lot of people who come year after year."

Like certain sporting events or study-abroad programs, a film festival acts as a pop-up community where people can meet over a passionate shared interest and make friends who last for years, even if the festival is the only time they see each other. This is not lost on Jackson.

Her role started five or six years ago, when Jackson and a friend stepped in after a person doing public relations for the festival bailed suddenly, two weeks before opening night. As she helped the fest's organizers rally, she mentioned to then-festival director Pete Porter that SpIFF might need some volunteers to "take tickets and stuff."

The entire festival is run by volunteers; Jackson is the volunteer in charge of the other volunteers, the people who step up each year to handle will call, hand out ballots and take tickets to help the festival work as smoothly as possible.

For the most part, the festivalgoers are friendly and easy to deal with, even when they realize they showed up late and their seat has been given up.

Jackson figures she's only had one person ever get "irate and freak out," although she did once have "an 80-year-old woman tell me I had to get more organized because the Internet was too slow."

Some members of Jackson's team of 25 or 30 have volunteered longer than she's been working with SpIFF, and they're now some of those friends she sees once a year. And yes, they talk a lot about film during their time together. ♦