The Year in Arts

Slashing, burning, earning and yearning: a year of survival in the arts 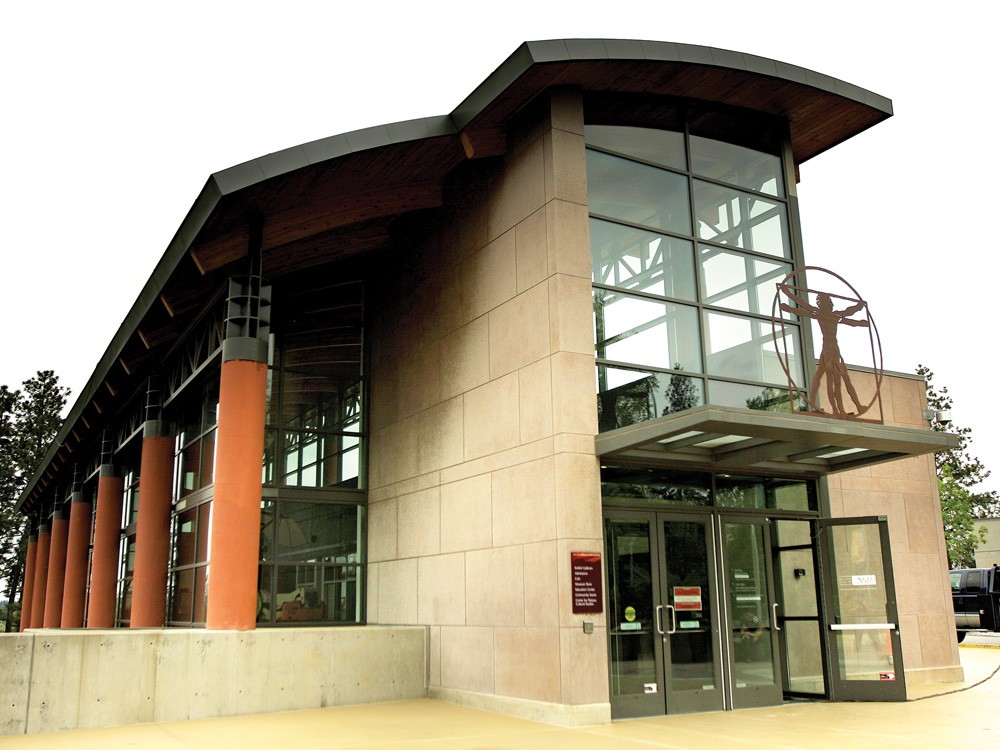 Young Kwak
The drama at the Museum of Arts

After the whirlwind year they’ve had, we imagine the employees of the Museum of Arts and Culture are finding a lot more gray hairs in their brushes these days. For a while, it was looking grim for the Browne’s Addition museum: Gov. Christine Gregoire’s proposed budget would’ve closed the MAC entirely. Museum supporters got scrappy, establishing the grassroots “Save the MAC” group, which flooded legislators’ offices in March with letters pleading to keep the museum alive. In June, though, supporters’ wishes came true: The MAC would survive, with 5 percent less funding. The news came just in time for two more bright spots — the opening of ArtFest and the hotly anticipated “Leonardo da Vinci: Man-Inventor-Genius” exhibit.

But just when things seemed to be looking up, senior arts curator Ben Mitchell was eliminated from the MAC’s staff. Mitchell had most recently championed high-profile showings for Harold Balazs, Ruben Trejo and Timothy Ely. The ire of the visual arts community turned on the MAC, with longtime artists skeptical of how the “Arts” part of the museum’s name would be executed. But the museum trudged ahead, collaborating with young arts organization Terrain to bring in two fall exhibits and flood the galleries with music fans for a show by indie rock band the Globes in October.

This year brought enough drama to fill a reality TV show. We’re hoping 2012 is a little more boring, and a little more artsy, around the halls of the MAC. (Leah Sottile)

It wasn’t just the privately funded arts groups that took a beating in 2011. Battered by a budget crisis, Mayor Mary Verner proposed to cut the Spokane Arts Commission budget by 20 percent. The proposal would also involve a reorganization that would move the commission under the city’s Business and Development Services department.

The commission oversees the city’s sculpture walk, promotes visual arts and exhibits, and serves an arts and information hub that offers training and professional development.

Commission Director Karen Mobley told The Inlander this fall that the Arts Commission will keep looking for alternative means of funding but that much of the commission’s money for programming comes through the nonprofit Spokane Arts Fund, which continues to support the commission. Will it be enough to keep it afloat? (Joe O’Sullivan)

Rumors were flying in early November when Dempsey’s, the popular downtown nightclub, posted a sign on the door saying, “Closed until further notice.” According to employees, the club’s Facebook page and drag queens that performed there, Dempsey’s closed because owner Larry Brown is currently in Hawaii with a broken neck. Brown and his family members haven’t publicly spoken, but performer Jason Johnson says the situation didn’t come as a complete surprise. “Several people within the last three years have been approached to purchase Dempsey’s,” Johnson says. “Rumor has it Larry was asking $1.5 million.”

While Dempsey’s wasn’t the only gay-friendly bar in Spokane, it was definitely the oldest and a cornerstone of the community. “If Larry Brown is unable to reopen Dempsey’s, I don’t foresee it ever being a gay bar again,” Johnson says. “Which means, right now, we’ve got a portion of the community that’s displaced.” Now drag queens and patrons alike are scattered between Irv’s, the Spotlight, and the Hollyrock in Spokane Valley. This week, Dempsey’s website was inoperable. Looks like it’s closed for good. (Jordy Byrd)

The Public Responds to Public Art

Police reports, protests and claims of perversion. Who could have predicted responses to Coeur d’Alene’s new “ArtCurrents” program? First, the brouhaha over artist Rick Davis’ “Ganesha,” one of 15 juried pieces displayed downtown. Kootenai County Constitutionalists protested the dedication ceremony, particularly the Hindu-ness of the piece, which stirred a CdA resident and several churches to call for the removal of Davis’ art, alleging that the piece boasted swastikas and sexual content (elephant trunks equal penises, apparently).

Discussions were lively — The Inlander’s Mary Lou Reed weighed in — with public chatter occasionally off-topic. “More positive than negative,” is how Arts Commission liaison Steve Anthony saw public response, but even he was surprised at the October theft of “Great Blue Heron,” ironically another Davis sculpture.

The piece was recently returned (the thieves remain at large) and re-welded with reinforcements. The commission similarly beefed up instructions to artists submitting work for next year’s “ArtCurrents,” reminding that artwork must be able to withstand vandalism. Imperviousness to public commentary is probably optional. (Carrie Scozzaro)

The Year Bigfoot Matriculated at SFCC

With the exception of Kevin Harpham’s backpack bomb, the most nationally buzzed-about Spokane story this year was probably that damned Sasquatch video that popped up on YouTube, claiming to have been shot down the hill from Spokane Falls Community College (home of the Sasquatches). The poster, Samantha13950, said she was just hiking around, randomly shooting iPhone videos of “my friends slapping at ginormous mosquitoes and trying to get through some thick weeds” — basically a totally normal thing for kids to do. When she got home to watch what we’re

sure she expected to be hilarious tape of her friends’ discomfort, she saw a cryptid-shaped being walk across the screen. It took about four days for it to go viral, with Bigfoot hunters driving the thing at first, then news outlets, the Huffington Post. Eventually, the SyFy show Fact or Faked? took a crack at it, well after the web buzz died down. In all, nearly 2 million people have viewed the thing online, with at least 10 more watching it on SyFy. (Luke Baumgarten)

Literature — All the Kids are Doing It

This was a big year for local young people embracing — in crowd-sourced, though analog ways — the ancient art of the written word.

Broken Mic, a less-formal offshoot of the poetry slams that have been held around here for a few years, gained ground in 2010 and became a mainstay, its leader, Mark Anderson, achieving cult status and spinning off a subsidiary arts collective called Et Al.

In a reverse of that order, the arts collective RiverSpeak launched its quarterly literary magazine, RiverLit, in late January, which quickly spun off from the collective and became a force for good quillery in its own right.

On a more DIY tip, the Bird’s Nest Zine Library, a free lending library for all things Spokie and Xeroxed, opened in summer 2010 but moved to Merlyn’s in June of this year, expanding in the process. (LB)

At the end of 2010, the University of Idaho drew national attention when two of its poets, professor Robert Wrigley and master’s student Ciara Shuttleworth, were picked up by the New Yorker. And in 2011, more Inland Northwest scribes joined them. Another UI professor, Daniel Orozco, saw his book, Orientation and Other Stories, named as an Amazon.com Editor’s Choice pick and draw kind works from the New York Times. And in October, Orozco was chosen as one of 10 writers to win the prestigious Whiting Writers’ Award — which comes with a purse of $50,000. Another local — Gonzaga professor Shann “Ray” Ferch — saw a slice of the spotlight too, winning a $25,000 creative writing fellowship from the National Endowment for the Arts.

Be a Good Sport

Between the five universities and the minor league teams, there’s quite a bit to keep sports enthusiasts satisfied in the area. But this year, we’ve also seen some new teams pop onto the local scene, and we’ve got the ladies to thank for that.

On the field, it would almost be difficult to tell the difference between a men’s team and the Spokane Scorn, our area’s first women’s full-contact tackle football team. One of 23 new teams to join the Women’s Football Alliance in 2011, the Scorn nabbed one win (26-20) against the Utah Blitz this season out of five total games.

Though they’ve been around since 2010, the Rolling Hills Derby Dames really started kicking it into high gear this year. Hailing from the Moscow/Pullman area, the Dames joins Spokane’s Lilac City Roller Girls and the Spokannibals, as well as Coeur d’Alene’s Snake Pit Derby Dames, to round out our area’s bustling derby scene. (Tiffany Harms)

After a couple of years of lingering on life support, the Davenport Arts District officially disbanded this year and handed its remaining money — about $17,000 — over to the Spokane Arts Commission. Also absent this year was the Spokane Opera, which began canceling performances in 2010 due to funding issues. Opera Executive Director Bill Graham told The Inlander in November that he hopes to revive the opera in 2012, beginning with its traditional Hot August Nights performance. If he can secure the funding, Graham said, he hopes that will lead into a full production in late 2012 or sometime in 2013. (JO)