The Year in Food

New markets, a bunch of fires and a whole lot of hot dogs. 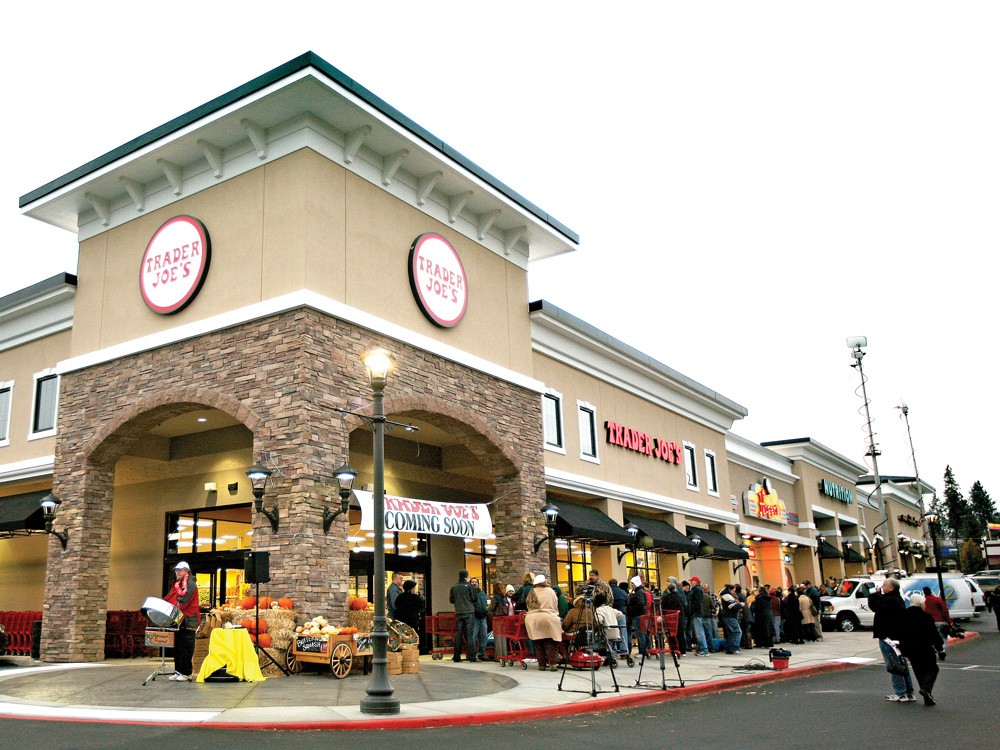 The Year Trader Joe’s Didn’t Stand Us Up

The rumor, innuendo and speculation surrounding Trader Joe’s coming to the Inland Northwest once had thousands of people flocking to the Internet (where such public displays of unrequited consumerism usually pop up) to sign petitions and like Facebook pages dedicated to getting the California-based specialty grocer in town. For years it was rumored, and for years we were left wanting.

The company finally relented in November of 2010 but didn’t break ground on the location — on 29th Avenue in Lincoln Heights, until March of this year. Seven months later, nearly a year after the initial announcement and on the first really cold day of the year (how much more dramatic effect could you layer on, God?!), a line that stretched into traffic was allowed to go rushing into the 10,000-square-foot store. Spokies finally had what they wanted, and yet, they were not satisfied. Within minutes of the store opening that day, as the first shoppers returned to the parking lot with their lobster ravioli and orange chicken, several of them were breathlessly speculating about a second(!) TJ’s. Had to happen. They’d be stupid not to. Where, do you think? The Valley? On the north side? The will of the people is strong, and the people had decided it was inevitable. Almost as inevitable as the first one always seemed. (Luke Baumgarten)

This year, the Inland Northwest was infected with an epidemic of businesses specializing in hot dogs. It has been awesome.

From a man who grew up in the Disneyland of hot dogs, Chicago, we got Big Red’s — one of the newer hot dog trucks. Owned and operated by Curtis Bytnar, who is a former chef from the Davenport, Big Red’s upped the hot dog stakes by offering customers authentic East Coast cuisine.

Not to be trumped by the big-city folk, West Coast Weiner Co. also opened this year, and owner Mike Grim told The Inlander that he is all about hocking hot dogs “with a local flair to them.”

Some have taken hot dogs off the street and into retail space, like downtown Spokane’s Wild Dawgs, whose controversial logo caused many to actually boycott the business altogether. Also new to the retail scene is Dangerous Dog in Coeur d’Alene, which boasts some of the strangest hot dog concoctions around, but with excellent results. (Tiffany Harms)

The idea had been percolating in the minds of community-minded folks for a while — an open space where local farmers, vendors and artisans could sell their products year-round directly to customers. This summer, that dream finally came to fruition with the opening of the Spokane Public Market.

Located on Second Avenue downtown, the market has really taken off, says Steve Trabun, vice president of its board. What was initially a small group of vendors has grown to nearly 50, who specialize in everything from homemade soaps to fresh vegetables and seafood.

“We’ve got a great foundation from which to continue to build and expand,” says Trabun. “It’s just getting better.”

The market is currently open Thursdays through Saturdays from 10 am to 6 pm, but Trabun says that they’re hoping to add more days soon. Also, he says, plans are in the works for a commercial kitchen to help vendors out, which means more great food for all. (TH)

Washington state’s control of liquor sales ended in November with the approval of Proposition 1183 at the ballot box. Financed primarily by big-box retailers like Costco, Safeway and Trader Joe’s, the new law shuts down state-controlled stores and shifts the sale of spirits to privately owned stores.

But since those stores must have over 10,000 square feet of retail space, it’s unclear whether massive corporate stewards will sell local and regional goods.

Don Poffenroth, co-owner of Dry Fly Distillery in Spokane, says he does not yet know if the new law will affect the distribution of his company’s liquor.

“We’re confident we have many people who like our product,” he says. “They might just have to worker a little bit harder to find it.”

Things should become clearer after the state liquor board begins meeting next year to work out how to implement the law, Poffenroth says. (Joe O’Sullivan)

In 2011, Cyrus O’Leary’s closed after three decades, and Geno’s Italian dished up its last pizza after nearly 50 years. Add Niko’s, David’s Pizza (temporarily), Isabella’s, Vin Rouge and Marie Callendar’s to the list of restaurants that went belly-up this year. It’s enough to make us weep.

To add to the gloom and doom, some of our favorite places were hit by fires this year. Ferguson’s Café was destroyed and the iconic Milk Bottle heavily damaged in September. “We had a lot of donations and people sharing stories. It’s been so tragic — this really helps,” says owner Kris Ritchie who hopes to re-open the Milk Bottle by April.

And just before Christmas, Sante’s kitchen was hit by fire, nearly demolishing it. They’ve set up a makeshift kitchen in the dining room, giving everyone a seat at the chef’s table. “They’re loving it — they’re totally supporting us,” says owner Jeremy Hansen. (Kirsten Harrington)

The Year Dry Fly Continued to Kill It

Dry Fly Distillery has not wanted for plaudits. Pretty much since the beginning, in 2007, people have heaped praise on the craft distillery as though it were Jesus, turning water into high-proof spirits (which it kinda does). There was the award for World’s Best Vodka, bequeathed at the 2009 San Francisco World Spirits Competition, and last year’s award for Best Local Distillery from a magazine based in Seattle (straining the logical meaning of “local” but proving that the distillery’s mojo is powerful). This year, though, saw the distillery take le grand prix for small producers. It was named Distillery of the Year by the American Distilling Institute, an award that makes it the de facto best craft distillery in America. Dry Fly followed it up in late June by releasing their 101-proof Bourbon. It retails for $65, but they auctioned the first bottle of the first batch on eBay (proceeds went to charity). It sold for $2,650. (LB)

The news this year on the Northwest booze beat has been effervescent. Spokane’s Northern Lights Brewing is still shining, while Golden Hills Brewing released an unusual India Pale Lager, which is light and still hoppy. In North Idaho, Laughing Dog expanded, released the killer coffee beer Annubis and partnered with Post Falls’ Selkirk Abbey, which will offer Belgian beers in 2012.

Besides suppliers, specialty venues like Spokane’s new Brews on Washington continue to heighten our thirst for new and different brews crafted for adventurous consumers. (Carrie Scozzaro)

Convenience shopping got green and organic with CSA (community-supported agriculture) boxes. This year, these produce boxes —a weekly or biweekly delivery or pick-up service that provides customers with a box of fresh, local and organic fruits and vegetables for a flat rate — popped up across Northern Idaho and the greater Spokane area. “This is such a great trend,” says Brightspirit Hendrix, owner of Fresh Abundance and Peach Community Farm. “It’s good for the local food economy and for people’s health.”

Hendrix says Tolstoy Farm in Davenport started the first Spokane-area CSA box in 1996. Then, in 2004, Fresh Abundance started offering small produce boxes. Today, businesses like Full Circle, the Main Market Co-op, Fresh Steps, and the WSU Organic Farm offer a wide variety of produce, honey, coffee, tea, and raw milk for anywhere between $30-$44. But what’s the next step from here? Hendrix says she anticipates more farmers — like the small Ornery Heron Farm, which started a CSA box this year — will develop their own personalized boxes, potentially removing the middle man in this business. (Jordy Byrd)

Rise of the Food Cart

2011 has given us not only a plethora of new taco trucks but also a gourmet grill cheese stand, garlic shack, Philly trailer and more hot dog carts than you can shake a stick at.

No longer reserved to exclusively serving tacos or only frequenting the county fair, food trucks and carts have proliferated and spread dramatically in the last year.

It’s no wonder: Portland has shown that carts are able to thrive in just about any area, whether in the downtown grid during bar rush or at a construction site during the lunch hour.

Spokane has welcomed this trend with open arms, as well.

The new Spokane Public Market designed a space for trucks to park right outside an oversized garage area. North Freya now boasts an outdoor food court. Even Diamond Parking has leased spaces out to carts, allowing them to occupy the heart of downtown.

What’s in store for next year? Look out for more niche, more gourmet and more variety. (Alicia Purvis-Lariviere)

God bless Ron Paul. The offbeat presidential candidate and Republican representative from Texas introduced a bill into Congress this summer that would legalize the sale of unpasteurized milk across state borders. Twenty states prohibit the sale of raw milk outright, according to the U.S. Food and Drug Administration. The 30 other states — including Washington and Idaho — fiercely regulate sales. The FDA cautions against raw milk because it can carry bacteria like salmonella, E. coli and listeria. But raw milk’s backers, like Luana and Wilbur Hiebert from Heritage Farms near Cocolalla, Idaho, say the product is healthy and safe.

“The federal government is bound and determined,” Luana Hiebert says. “We were very instrumental and worked hard in getting raw milk available in Idaho, but it’s like the government doesn’t want raw milk at all.” Hiebert says she doesn’t know if the bill has made any progress in Congress, but as of December, Ron Paul is still touting the bill on the campaign trail. (JB) 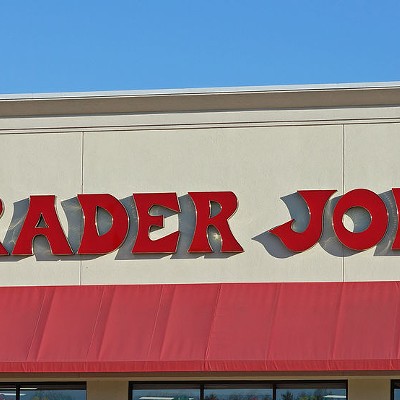 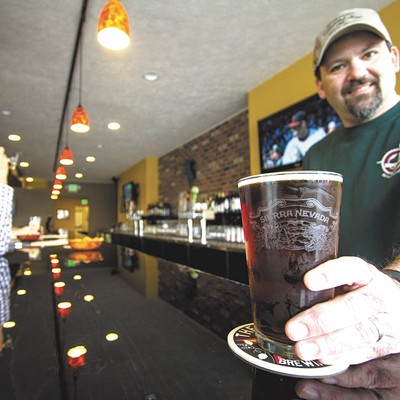