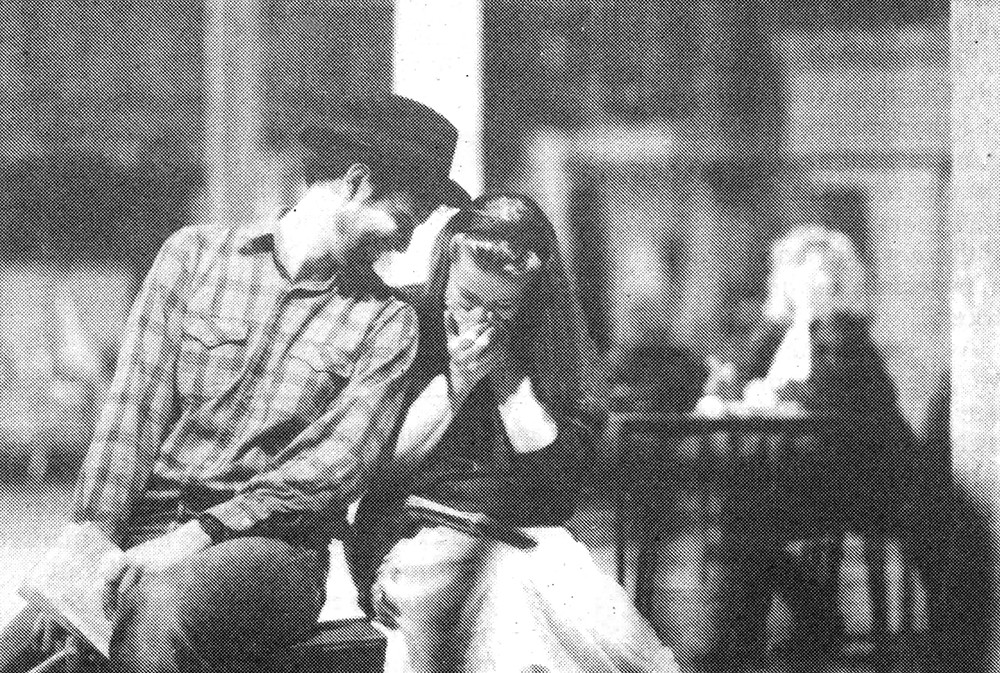 Don Hamilton photo
A rehearsal for a '93 local production at Interplayers.

Sam retired from Cheers, and FRASIER Crane moved to Seattle... The DOW surpassed 3600... Pearl Jam and Nirvana hit full GRUNGE with Vs. and Unplugged... A goofy redhead named CONAN O'BRIEN got his big break on Sept. 13 (and he's still going)... A month later, on Oct. 20, an audacious startup descended upon the streets of the Inland Northwest, with 28 pages on a wing and a prayer. (We're still going, too.)

THEY SAW IT COMING 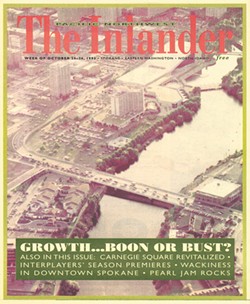 At a time when there was no actual Davenport Hotel (it was closed, hopefully to reopen, but perhaps to become another parking lot), some forward-thinking boosters proposed a DAVENPORT ARTS DISTRICT, which we detailed in our Dec. 1 issue. Karen Valvano, a New York City transplant (and sister to the late, great coach Jim Valvano), envisioned new nightclubs, restaurants and busy streets every night surrounding the Davenport. Kind of crazy, considering Spokane circa 1993, but guess what? Today the Davenport is open and that vision is in place — just try to find a parking spot on a Friday night.

Regular readers know the good old pull-out section is a staple of the Inlander repertoire. And right there in our fourth issue, we debuted the issue-within-an-issue concept. The subject was WINTER SPORTS, a category that has lived on, with five Snowlanders a year and even a Winter Party. You can tell it was still the early days of snowboarding, as we had a full story explaining the invasion of our local slopes. "The idea behind snowboarding," wrote Tony C. Duarte, "is to randomly abuse the laws of gravity... Or, imagine throwing yourself in a blender [and] hitting the 'puree' button."

The oddball stuff has always had a home in the Inlander, and from the very beginning we offered up THE LAST WORD, where, in those first 11 issues, we covered everything from being homesick (by our transplanted-from-Boston arts editor), to an addiction to the Weather Channel, to that marvel of food engineering — the Twinkie.

We profiled an up-and-coming local writer by the name of SHERMAN ALEXIE on Nov. 17... Master of the Coeur d'Alene universe DUANE HAGADONE sat down for an interview with us on Dec. 22... ANDY AND KRIS DINNISON beamed about their quirky little shop, Boo Radley's on Oct. 20... And in a series of stories we analyzed how Bill Clinton was dragging down the otherwise popular TOM FOLEY, the speaker of the House who represented Spokane. (TED S. McGREGOR JR.)


EDITOR'S NOTE: The Inlander is celebrating its 25th anniversary this year, and to mark the occasion, we're using this space for the next 25 weeks to look back through the years. First up? 1993, the year the McGregor brothers and their mom founded the paper you're reading today. Slowpoke and our "Do Something!" column, highlighting ways to get involved in the community, will return at the end of October.

The original print version of this article was headlined "The Year That Was... 1993"