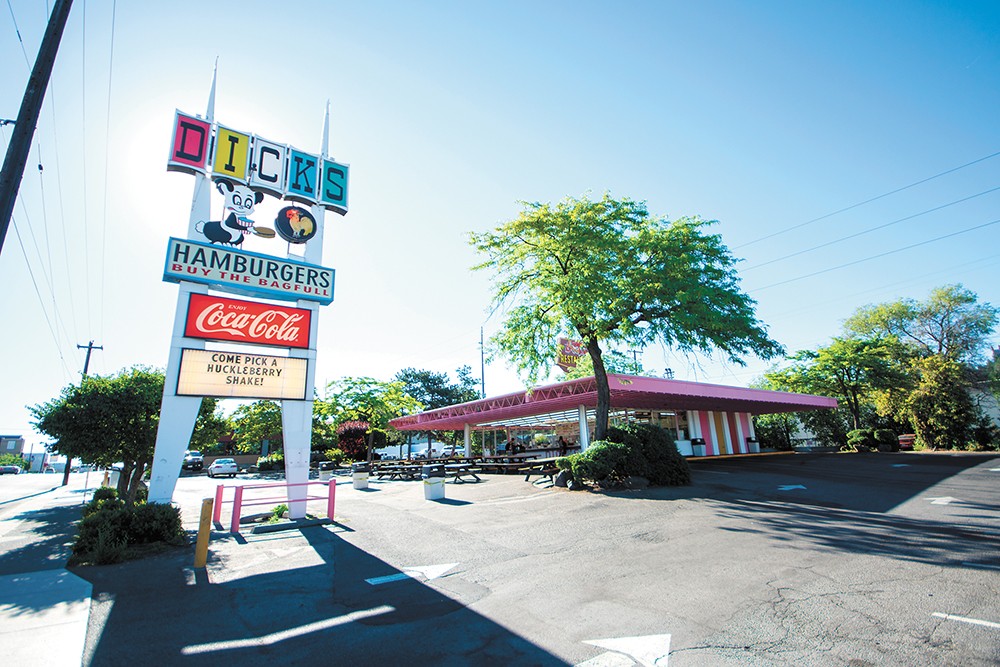 THE LION KING roared its way into theaters alongside films like FORREST GUMP and PULP FICTION... Billboard Magazine's No. 1 song that year was "The Sign" by Swedish pop group ACE OF BASE... You might have played DONKEY KONG COUNTRY if you owned a Super Nintendo or heard NIRVANA play "Smells Like Teen Spirit" at the Spokane Coliseum on Jan. 6.

In our Sept. 7 issue there were talks of regional malls popping up in Post Falls and Spokane Valley, raising concerns that downtown businesses would be killed off. The recent expansions to the NORTHTOWN MALL stoked even more fear. "[Malls are] simply the most efficient way of providing worldly goods to people yet designed by the minds of man," someone said then. No one had heard of online shopping yet.

AND THE WINNER IS...

On April 6 we started a yearly tradition that has gone on ever since, with the paper's BEST OF THE INLANDER NORTHWEST issue. Voted Best Cheap Eats was DICK'S DRIVE-IN while PATSY CLARK'S won fine dining. Best Local Brew was given to T.W. FISHER and Best Dance Club went to KELLY'S AT STATE LINE. While the winners and categories may change over time, the showcase of the area's best remains the same.

BLAST FROM THE PAST

Our first Best Of issue; cover design by Rebecca king.

A lot of the issues in 1994 focused on reminiscing about the near and distant past. The July 6 cover story focused on the Prohibition era in Spokane, with another celebrating the 20th anniversary of Expo '74. There's also a light pessimistic view and uneasiness of the future with cover stories like Sept. 7's SIGNS OF THE TIMES and July 20's BUMMER VACATION, in which we wrote, "Some of our favorite places aren't what they used to be."

We profiled Holocaust survivor RENA FINDER on Jan. 12. Her story of survival and rescue at the hands of Oskar Schindler was told in the 1993 film Schindler's List... Brewmaster MARK IRVIN chatted with us after opening Northern Lights brewery that year... On May 18, Cougars baseball coach BOBO BRAYTON was profiled after retiring after 32 years of coaching... And on Aug. 3 we got the chance to go through the day-to-day life of a race horse by the name of CONVERGENT ZOO.

The original print version of this article was headlined "THE YEAR THAT WAS... 1994"

Speaking of The Year That Was, 25th