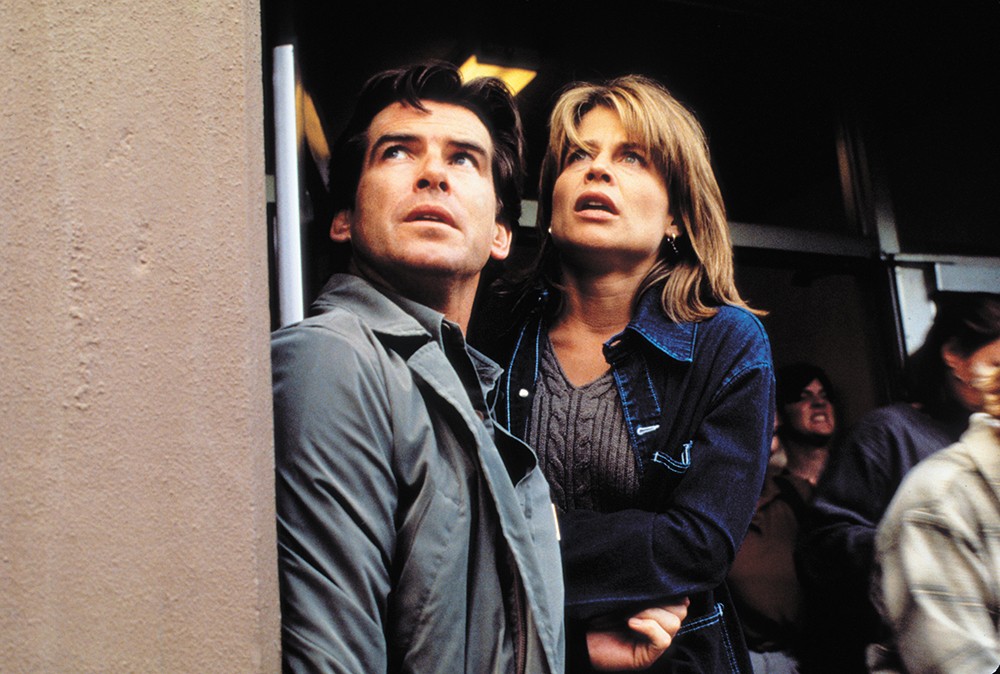 We laughed at the Coen brothers' twisted sense of humor in the quirky little cop movie FARGO, explored the terrifying depths of heroin addiction in TRAINSPOTTING (the Inlander's film critic called it a "gutsy slice-of-life film") and saw the beginning of what has become the longest reign in television courtrooms with the debut of JUDGE JUDY. The group-dance sensation "MACARENA" topped music charts, and in a case that still captivates people to this day, 6-year-old beauty queen JONBENÉT RAMSEY was murdered in her Colorado home.

Fall 1996 marked the first time the Inlander asked for submissions to its SHORT FICTION CONTEST, asking for submissions between 4,000 and 7,000 words, with the promise of publication in the Dec. 24 issue that year and a $100 giftcard to Auntie's Bookstore. The winner was Bekka Rauve, a professional video editor and freelance writer based out of Wallace, Idaho, who wrote a short drama about the tensions between "four well-fed Baptist virgins" rooming together as they attended Washington State University. 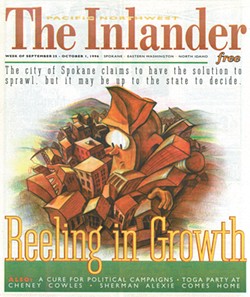 In September, a cover story explored how Spokane County and the city of Spokane were planning for the extra 120,000 people to move to the county over the next 20 years. The Growth Management Act dictated they try to prevent SPRAWL and responsibly plan density, predicting how many people would want homes with white picket fences and whether they could all get them.

In January, we talked to local businesses undercutting brick-and-mortar retail shops by tapping into the most convenient of ways to shop: the mail-order catalog.

Noteworthy Northwest news included the start of filming for DANTE'S PEAK in North Idaho, starring "Pierce Brosnan, aka James Bond"; lots of coverage of the proposed Rock Creek Mine; and debates over whether Spokane should switch to a STRONG MAYOR SYSTEM.

PEOPLE OF THE PNW

In March, we highlighted 20 PEOPLE UNDER 40 who were doing big things for the city. Among their ranks: Andy Billig, then 27 and the general manager for the Spokane Indians and vice president of the Spokane Shadow soccer team; Percy Watkins Jr., then 31 and a neighborhood resource officer focused on working with youth; and Betsy and Stacey Cowles, then 33 and 35 and just getting into the thick of spearheading an $80 million downtown revitalization and serving as youthful leaders of their family's media empire that includes the Spokesman-Review and KHQ.

The original print version of this article was headlined "THE YEAR THAT WAS... 1996"