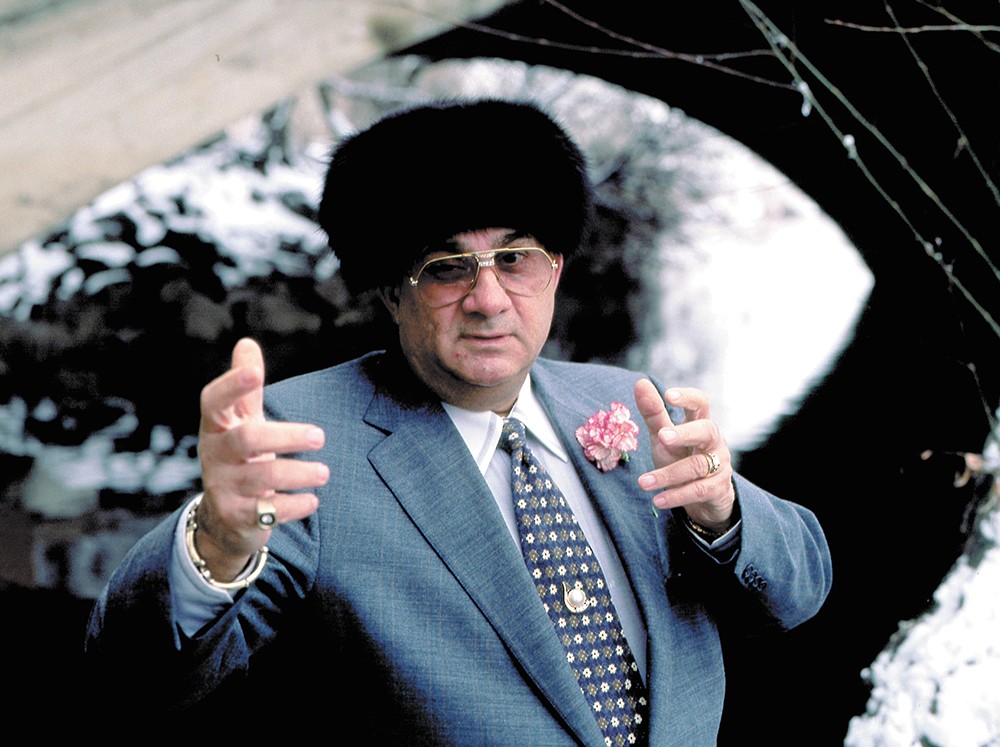 The new millennium began with optimism as we avoided the supposed technological disaster that could have been Y2K and ended with the indecision of hanging chads. The X-MEN made their big-screen debut. The first season of SURVIVOR premiered and changed reality TV. HARRY POTTER AND THE GOBLET OF FIRE hit bookshelves, and Carlos Santana and Rob Thomas burrowed into our brains with "SMOOTH." In the Inland Northwest, we were as excited to see pop's newest sensation BRITNEY SPEARS perform at the Gorge as well as iconic author MAYA ANGELOU speak at Gonzaga.

2000 was, of course, a momentous political year. In our Nov. 2 election issue, we discussed how negative campaigning had infected modern politics, with candidates who "emulate ... trash-talking, ego-inflated athletes" and TV pundits who covered "the election like it's a horse race." Not much has changed. In local elections, John Powers became mayor, the first to serve under the city's Strong Mayor proposition. Republican Congressman George Nethercutt was re-elected for his fourth term, despite earlier saying he'd quit after three. And then there was the BUSH/GORE race, which still hadn't been decided when our Nov. 9 results issue hit newsstands. "Whoever wins, it will be a very split nation," we reported, "which could manifest itself in more gridlock than we've already seen." 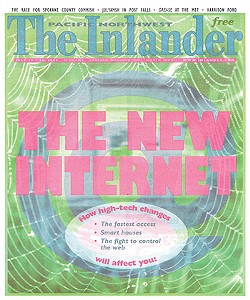 We began braving the Wild West that was the internet, and the cover of our June 29 issue proudly advertised that the Inlander was "now available in cyberspace, too!" (Somehow, that's still not the most dated thing on the cover, as it's right underneath a picture of "affable Aussie" Mel Gibson, whose film The Patriot was hitting theaters.) We later wrote extensively about "THE NEW INTERNET" (July 20), covering topics like net neutrality, "processor speeds surpassing the one gigahertz mark," and the convenience of DSL. "Think of it: always connected, yet with your phone line free to accept vital incoming calls."

DOWNTOWN GETS A FACELIFT

In our June 15 issue, we looked at the impending opening of the refurbished Davenport Hotel, and contemplated the future of the Fox Theater, which had recently been saved from demolition and was then in talks to be the new home of the Spokane Symphony. We also frequently checked in on RIVER PARK SQUARE's recently constructed parking garage, which was still sparking controversy. In the May 18 issue, a poll of 500 Spokane residents found 19 percent approved of how the City Council was handling the garage's legal snafus, though nearly half favored the project in general.

JIMMY MARKS, patriarch of the infamous Spokane family, spoke to us when a documentary about him (American Gypsy) played at the Spokane Northwest Film Festival (now known as the Spokane International Film Festival) on Feb. 2... DON KARDONG discussed the 23rd annual Bloomsday on May 4... We chatted with guitarist MYLES KENNEDY, then of the band the Mayfield Four, about an upcoming show at the now-closed Fort Spokane Brewery on Oct. 19... And newscaster RANDY SHAW broke his silence after suing KHQ for wrongful termination on Nov. 23.

The original print version of this article was headlined "THE YEAR THAT WAS... 2000"