The Zags' real rival for hoops supremacy in the West 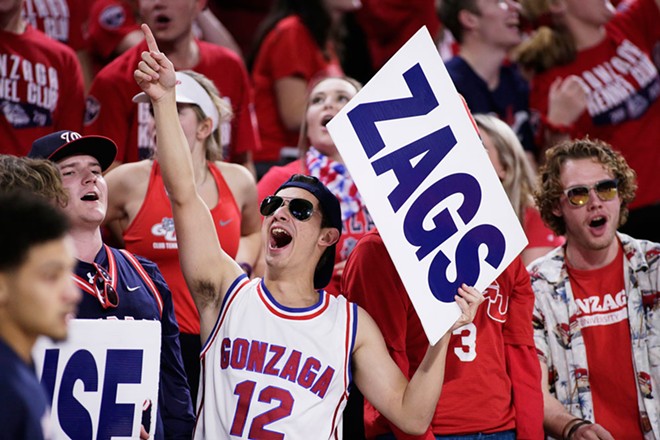 Young Kwak
Gonzaga and Arizona have been battling to be best of the West for more than a decade now. They face off again on Saturday in Tucson.


It’s non-conference rivalry week for the Gonzaga Bulldogs, but the team that qualifies as a rival might come as a surprise.


This upcoming weekend No. 6 Gonzaga will face No. 15 Arizona down in Tucson. The Wildcats have been one of the best programs in college basketball for decades now. They’ve also become a regular on Gonzaga’s schedule. While Arizona might not have as much natural connection to Gonzaga as, say, a team from Seattle, the Wildcats have become the Zags’ most important rival other than West Coast Conference foes Saint Mary’s and Brigham Young.


Before getting to the Wildcats, though, let’s take a look at that team from Seattle.


On Sunday the Zags ventured across the Cascades and beat the No. 22-ranked University of Washington Huskies 83-76. It was the 22nd all-time meeting between the two programs as members of the NCAA’s Division I. Gonzaga has defeated Washington 14 times while suffering just eight losses at the hands of the Huskies. That last loss came on December 4, 2005. Since then, the teams have faced off just six times. Their series was put on hiatus after 2006 and only restarted in 2015.


The two schools are natural rivals. The Huskies come from the cosmopolitan juggernaut of the Evergreen State, while the Zags hail from the second largest city, hundreds of miles removed yet still assumed by outsiders to have some gloomy, ever-rainy climate. Culturally, economically and geographically, Seattle and Spokane are radically different. That dichotomy is expressed on the basketball court as well. Sure, Seattle is the big brother in the relationship. But Gonzaga’s won 13 of the last 14 meetings between the two teams.


Arizona, on the other hand, is a rival in a more basketball-focused sense.


For decades in the middle of the 20th century, UCLA was widely considered the standard-bearer for West Coast college basketball. In the 1990s that title shifted to Arizona, who won the national championship in 1997. In recent years, Gonzaga’s taken over. These two programs are, year in and year out, the best in the West.


Their series history might not run as far back as the series with Washington, as this will be just the 10th meeting. But this series developed as both programs began jockeying for position as best in the West. All nine of the prior meetings have taken place since 2000, with six coming this decade alone.


Games against Washington bring in-state bragging rights. Games against Arizona determine who can claim the largest geographic region in the nation.


Since Gonzaga burst onto the scene with its run to the 1999 Elite Eight, the Zags have made it to the NCAA Tournament every single season. That’s 21 consecutive appearances. Over that span, Arizona has appeared in 18 NCAA Tournaments. Washington? Just eight, and only three this decade.


Two of the previous match-ups between Gonzaga and Arizona happened in the NCAA Tournament, while Gonzaga has never faced Washington in such a setting. In both, heartbreakingly, Arizona won. A double-overtime loss in the second round of the 2003 NCAA Tournament against top-seeded Arizona proved Gonzaga, even in defeat, was a force to be reckoned with. It remains one of the all-time great games in the tournament’s history. More recently, Arizona, again as a 1-seed, ended Gonzaga’s season in the second round of the 2014 NCAA Tournament.


A loss to Washington — which, it should be noted, is an exceptionally rare occurrence — has never hurt like those losses to Arizona.


The Gonzaga-versus-Washington series is great for college basketball. It splits families and pits neighbor against neighbor. It’s the two largest cities in the state going head-to-head. They’re a pair of schools that recruit the same players. Or, rather, used to recruit the same players before Gonzaga started winning all those recruiting battles. It’s a natural rivalry that’s a ton of fun and gives Spokane something to brag about.


It’s not as much of a rivalry as Gonzaga versus Arizona, though. Gonzaga has to lose sometimes for it to be a rivalry. Arizona, unlike Washington, has proven capable of making that happen. Which is why Saturday’s game against the Wildcats will be the biggest of the season so far for the Zags.