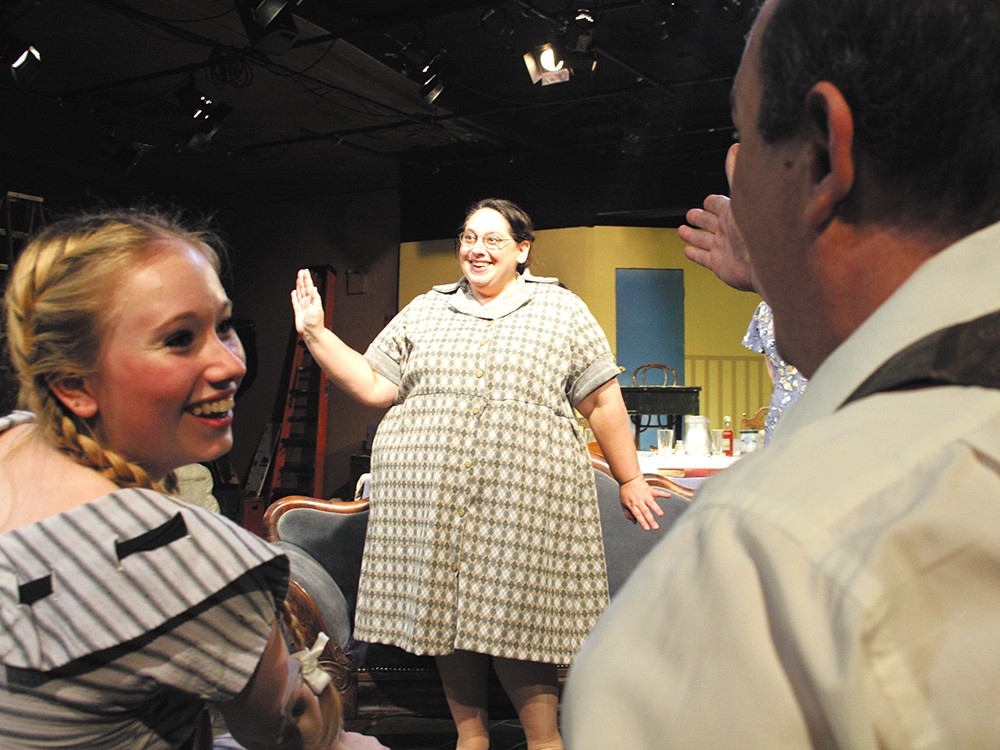 The Broadway set of Neil Simon’s Brighton Beach Memoirs was barely in storage when the play received its Northwest premiere at Interplayers in 1986. That was the professional theater’s sixth season, and Memoirs had proven such a hit that, at just shy of 1,300 performances, it had run for half of Interplayers’ existence.

Twenty-seven years on, Simon has several film adaptations (the only popular gauge of a play’s true merit, it seems) as well as Tony Awards and a Pulitzer to his name. And Interplayers, having weathered its recent sky-is-falling hardships, is clearly still around too. Its 33rd season is a conscious attempt to regroup by staging material that is tried and tested. Or staid, if you’re feeling uncharitable.

Directed by Interplayers’ go-to guy Michael Weaver, Brighton Beach Memoirs is a fair indication that the theater’s retreat into the conventional was a good move. Though meticulously tidy and about as revelatory as a fortune cookie, Simon’s play nevertheless mixes humor, drama and pathos in equally satisfying parts. In this production, Nich Witham plays oversexed 15-year-old narrator Eugene Jerome as hyperactively exuberant instead of the more common take, introspective and despondent. That makes Witham’s Gene slightly more fun to watch, but he also appears more child than adolescent at the expense of credibility.

Newcomer Phoenix Tage is excellent as older brother Stan, sober pragmatist to Gene’s affable idealism and innocence. Samantha Camp is exquisite: Her matriarch Kate is flawed in all the necessary ways to be sympathetic and human. There’s her unrelenting sternness that so rankles Gene, her seething resentment that leads to the explosion with sister Blanche (Rebecca Goldberg), her exasperated devotion to husband Jack (Christopher Zinovitch), her weariness in keeping a Depression-era household together.