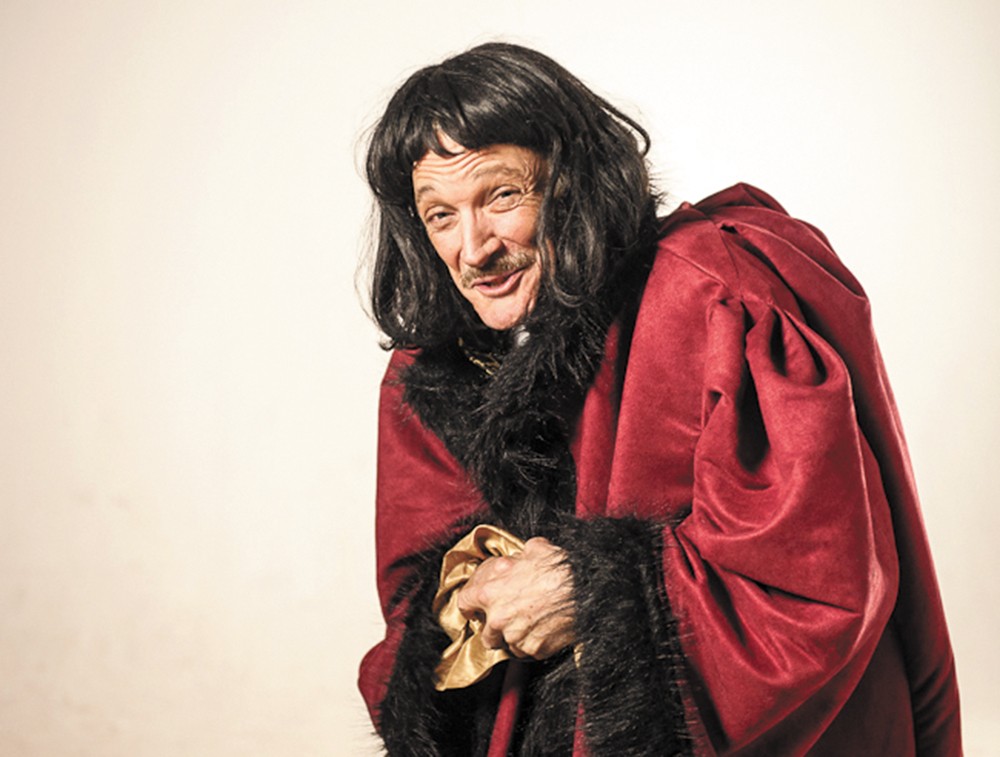 John Barrymore's hedonism was legendary. By age 15, he'd lost his virginity to his father's paramour. At 16, he was expelled from prep school for visiting a brothel. Over the course of the next four decades, he was married and divorced four times, palled around with the likes of W.C. Fields and Errol Flynn, and brawled and womanized in the interstitial periods between acting and passing out.

An unabashed alcoholic, he had his lines spoon-fed to him via cue cards when he reached the point where he could no longer commit them to memory. He collapsed during a radio broadcast and soon died, at age 60, from cirrhosis of the liver and complications of pneumonia.

When the curtain rises on William Luce's 1996 play, directed at Interplayers by Mary Starkey, it isn't John Barrymore in his early 20s we encounter, but rather a late-days Barrymore who wheels in a drinks cart, reciting saucy limericks. He's supposed to be preparing for a last-ditch theatrical revival of Richard III. But his inability to remember his lines or plug the stream of anecdotes (or indeed the jug) — despite the best efforts of his disembodied prompter, Frank (Todd Kehne) — is working against him.

Patrick Treadway as Barrymore is a supporting actor playing a leading man. Intentionally or inherently, he presents us with someone less commanding than we might expect. Behind the dapper mustache, a man without his character's natural swagger is occasionally perceptible, creating a thin gap between the actor and his performance. That makes the sad, shallow arc of Barrymore all the more bittersweet. What good is a character who ruefully describes himself as a "counterfeit of a man" if there's no sincerity in the line?

The real-life Barrymore said, "A man is not old until regrets take the place of dreams," a line Luce doesn't let go to waste. In the brief second act, Treadway's Barrymore is sometimes obscured by his Richard III costume; but on the whole his internalization of the material — the Lionel Barrymore and W.C. Fields impressions, and the particularly moving recollections of his doting Mum Mum — combat the play's sense of running (or stumbling) in place to depict this once-great actor's reluctant transition into the quiet despair of regret.