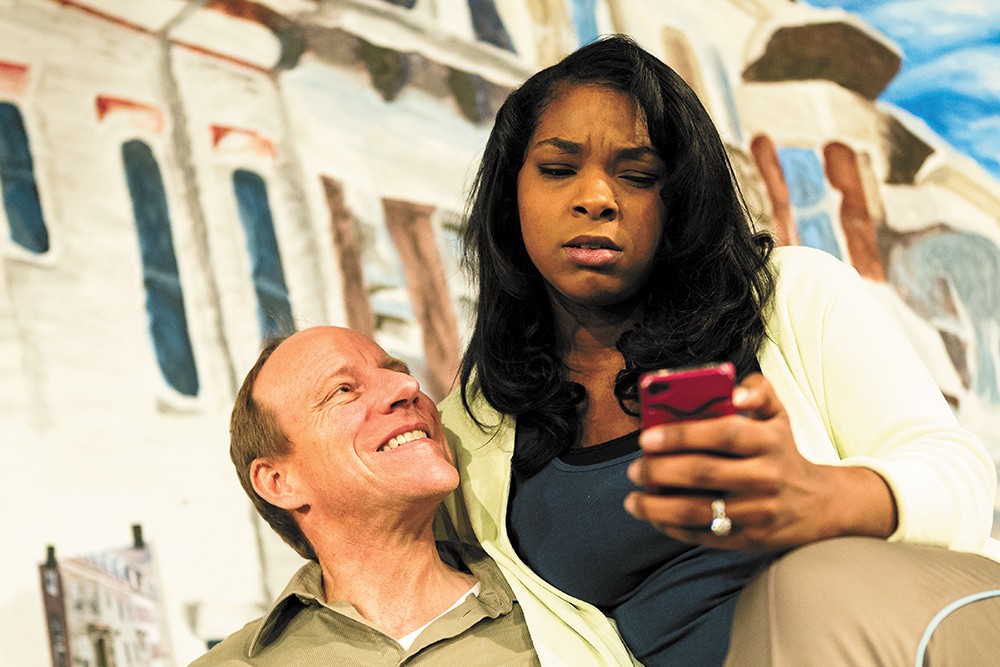 "Good people." It's a phrase uttered several times by Margie Walsh, the lead role in this frequently funny drama by David Lindsay-Abaire, and it carries enough weight that he opted to take it as the play's title. When Margie applies it to this person or that family, she's not necessarily referring to their piety or philanthropy; she means someone who's faced the same hardships as her in rough-and-tumble South Boston, aka Southie, and turned out more or less OK.

Good People could have fashioned some light banter and action around this all-too-familiar premise and left it at that. Instead it goes further. Rather than simply reassuring us that salty, working-class archetypes are capable of banding together in heartwarming displays of mutual support, Lindsay-Abaire's characters dwell in the foggy moral relativism of the real world, where stealing a turkey is seen as less important than calling the cops on the person who did. People's behavior — regardless of their social class — is equivocal. "Good," like "bad," is an imperfect absolute.

Thanks in part to this ambiguity, Good People is quite possibly the most engrossing, resonant production to have hit the Interplayers stage this season, if not in years. Although a bit of Bronx occasionally creeps into the South Boston accents, the entire cast is on form under the direction of Jack Bentz, who takes a light touch and lets the play's humor and pathos emerge naturally. Particularly noteworthy are Page Byers as hard-bitten, unlucky Margie; Michael Patten as nearly unflappable Mike Dillon, Southie boy turned "lace curtain" doctor; and Laurel Paxton, whose sardonic Dottie doesn't overstep the line into caricature. Aaron M. Dyszelski's set design is an unobtrusive yet evocative backdrop to its human drama, which teases out the inscrutable personal choices that create the morass of cause and effect we call circumstance.