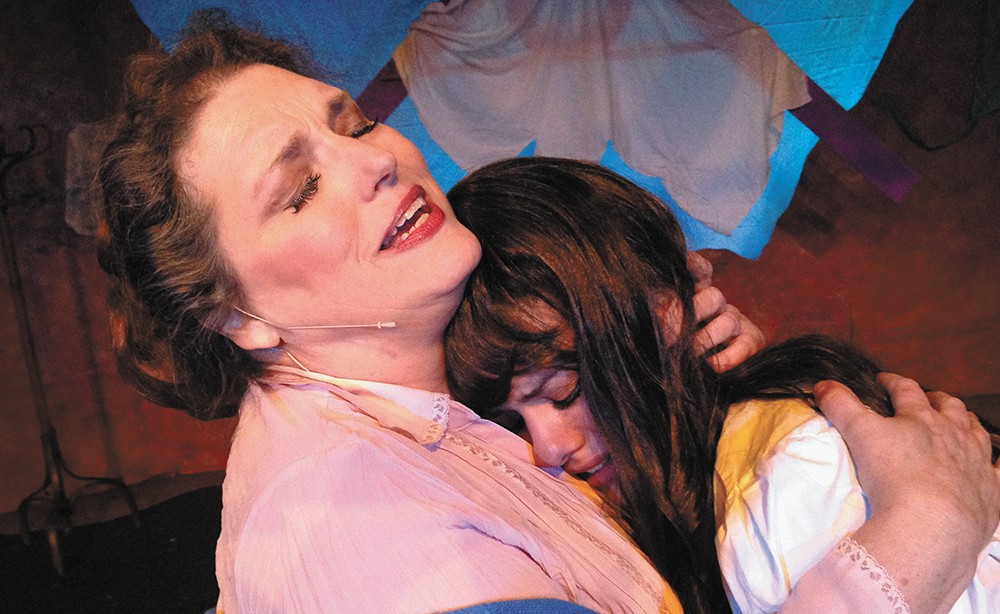 On the bookshelf that holds the span of novels that would make questionable musicals, surely Little Women has a place. Louisa May Alcott's semi-autobiographical story of four sisters from a penniless family finding their respective paths into adulthood — incredibly popular when it was published in 1868 and no less so today — wouldn't seem to lend itself to gleaming Broadway grins and belted notes at first glance. Or at a second. Or even a third.

Their Little Women: The Musical, which debuted on Broadway in 2005, is more like the CliffsNotes version of Alcott's book — if, that is, CliffsNotes read like parodies of the text they were meant to summarize and also were able to break into song. The characters are so absurdly over the top, the lyrics such wearying restatements of the obvious, that there seems to be very little difference between the musical's cheerful recreations of protagonist Jo March's melodramatic fiction and the larger narrative of love, loss and individuality.

Though underserved by the musical itself, the Lake City Playhouse cast and orchestra still give fine performances. As the impetuous, idealistic March sister, Bethany Smith is impressively charismatic and sings with precision as well as gusto; for better or worse, her Jo is true to the spirit of this musical. She's joined by Christine Mullaly (as eldest sister and homebody Meg), Marta Myers (sober Beth) and Caitlin Duffey (status-seeking Amy). All three are well cast, with Mullaly — one of several regular Lake City actors to appear in this production — quite at home in a more prominent supporting role.

Little Women's live orchestra does well under Zack Baker's baton. The musicians' position behind the stage has never been optimal, but the audio has more depth than in past productions, thanks to a relocated sound booth. The set, however, isn't the venue's finest hour. Instead of depicting an all-purpose interior location or something abstract but thematically apt, designer and director George Green has opted instead for a messy hybrid of the two.

Given its billboard-style take-home messages and turgid characters, this is a safe, anodyne bet for family entertainment, even if the musical doesn't really succeed as a stand-alone work.