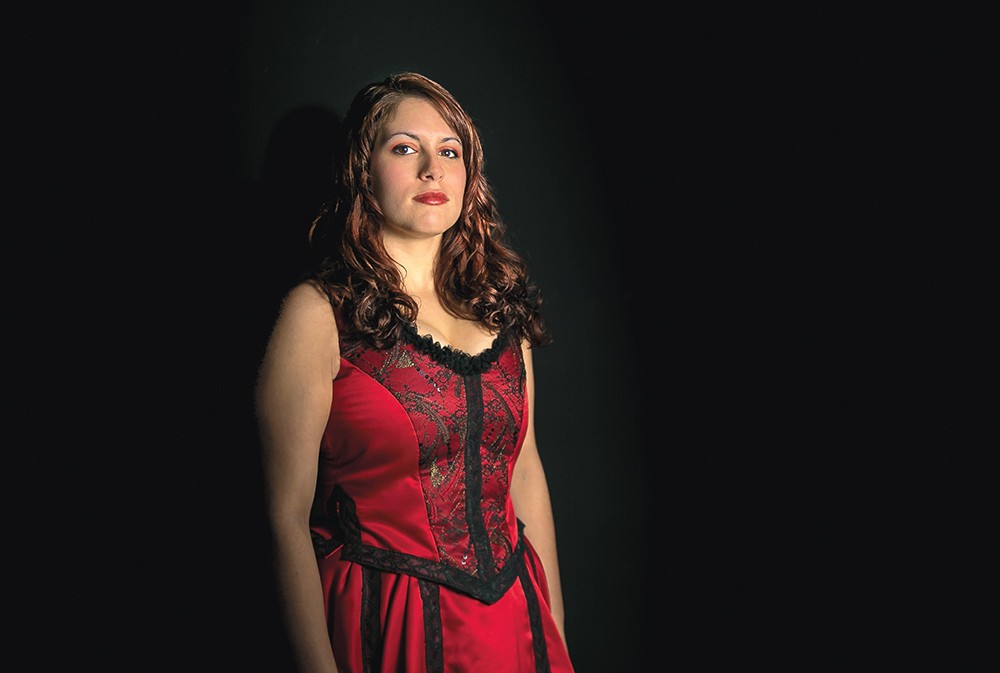 In 1981, one year before the release of his epic-length Fanny and Alexander (more than five hours in its televised entirety), Ingmar Bergman picked up A Doll's House with a view to trimming its fat. The famed director slimmed Henrik Ibsen's play to its principal quintet and cut dialogue, condensing three acts into two and achieving that severe brevity of form for which the Swedes are renowned. His adaptation focused — to the exclusion of nearly all else — on Nora Helmer and her self-emancipation in the face of her husband Torvald's complacency and condescension. Nothing speaks to his essentialist approach better than its one-word title.

Directed here by Wes Deitrick, Bergman's pared-down reworking is well suited to Stage Left's unusual venue, which has no dedicated backstage, curtain or elevated rostrum. Nora (Nicole Petrilli) is in all but one scene; the others wait upstage in statuesque stillness, half-obscured by panels or screens and bathed in light of solid colors. When they do enter, it's silently and suddenly, like ghosts manifesting in a room.

The cast doesn't seem entirely comfortable with this nontraditional staging. More than once, the terseness of Bergman's script leads to awkward interplay, and the characters' existentialism is generally interpreted as impassivity (any talk of "unspeakable emptiness" really ought to have some heft to it). On opening night that took a serious toll on pacing, exacerbated by some actors' dubious command of their lines. The resentment and despair that culminate in Nora's leaving are theoretically there on paper, but the lasting image is of an all-too-pathetic Torvald (Jason Young) left to weep in self-pity as the lights dim. Unlike the original, it ends not with the bang of a slammed door, but a whimper.

A Doll's House and its still-provocative ending — if not pro-feminist, then at least anti-patriarchal — resulted in scandal and sellout shows when it debuted, and the play clearly resonated enough with audiences to have played a part in theatrical repertoires for more than a century by the time Bergman revised it. Ironically, Bergman had played his own part in four failed marriages when his adaptation first appeared. Maybe Torvald would have been a more fitting title.