Highlights from the Inland Northwest's theater stages this fall

Molly Allen, one-third of KZZU's Dave, Ken and Molly in the Morning and Stage Left Theater's resident playwright, is back with another original play to follow 2016's On Shaky Ground. Directed by Heather McHenry-Kroetch, Allen's new comedy centers on squabbling adult siblings who return home after the death of their parents. As neighbors and other family members join the fray, unsettling, even shocking long-held secrets come to light in amusing ways. Stage Left, $20, Thu-Sat at 7:30 pm, Sun at 2 pm (E.J. IANNELLI)

DISNEY'S BEAUTY AND THE BEAST

Nominated for nine Tony Awards and still distinguished as one of Broadway's longest running productions, Disney's Beauty and the Beast is a tale as old as time — and universally beloved by young and old alike. The musical adaptation features the songs from the popular and celebrated 1991 animated film as well as original music written exclusively for the stage. This Spokane Children's Theatre production is directed by Tanya Brownlee and stars Shaylyn Goard as Belle and Michael Barfield as the beast. Spokane Children's Theatre, $10-$14, Fri at 7 pm, Sat-Sun at 2 pm (EI)

CHEAPER BY THE DOZEN

A musical based on the fictionalized autobiographical recollections of brother-and-sister duo Frank Bunker Gilbreth Jr. and Ernestine Gilbreth Carey, Cheaper by the Dozen captures their experiences of growing up in a household of 12 children. If that weren't colorful enough, the Gilbreths' parents were leading experts in the budding field of time-and-motion studies and industrial efficiency. As Gilbreth Sr. declares through song, "What works in the factory works in the home." Or maybe domestic life plays by its own rules instead? Lake City Playhouse, $20-$23, Thu-Sat at 7:30 pm, Sun at 2 pm (EI)

STAGE TO SCREEN: ROMEO AND JULIET

If your only cinematic exposure to Shakespeare's Romeo and Juliet is through Baz Luhrmann's flashy stylization from two decades ago, it might be worth checking out this stage-to-screen showing hosted by Friends of the Bing. Filmed at last year's Stratford Festival, this critically acclaimed Scott Wentworth-directed production is clearly set in an era of lace ruffs, captains and candelabras, but it's also got fluid action and dynamic staging that gives it a contemporary freshness. Antoine Yared and Sara Farb play the star-crossed lovers. Bing Crosby Theater, $4-$10, 2 pm (EI)

It ain't ogre till it's ogre! Pulitzer Prize winner David Lindsay-Abaire (Good People, Ripcord) wrote the entertaining script for this musical that combines and adapts the 2001 computer-animated film along with the original book on which the film was based. Augmented by songs from Jeanine Tesori (Thoroughly Modern Millie), the stage version broadly follows the plot of its cinematic counterpart: Shrek and Donkey embark on a fairytale-style quest to rescue Princess Fiona and save the ogre's swamp from Lord Farquaad's designs — with a few lessons about love and life along the way. Christian Youth Theater performs. Bing Crosby Theater, $12-16, Fri-Sat at 7 pm, Sat-Sun at 3 pm (EI)

Ever dreamed of staging your very own musical? Well, now you have the chance. Sort of. During its Friday night Musical shows throughout the month of November, the Blue Door Theatre players will create a live, improvised song-and-dance show on the spot based on your suggestions from the audience. As the free-spirited troupe invents and performs the story on the fly, they'll also have to make up accompanying songs whenever the music starts playing. The show is G-rated, so feel free to bring the kids along. The Blue Door Theatre, $7, Fri at 8 pm (EI)

Keep your Halloween vibe going well into November with Ignite! Community Theatre's production of Two Witches, No Waiting, an eerie comedy by Pat Cook. It's about two eccentric sisters, Arlene and Elzbeth, whom their housekeeper assumes to be witches. And then that housekeeper suddenly goes missing. Meanwhile, Arlene's son is trying to get her to sell her home to his future father-in-law, yet he seems to have developed a crush on the sisters' secretive new housekeeper. Tension is heightened by owls, mystery rooms, potion books and other spooky accoutrements. Ignite Community Theatre, $12-$15, Fri-Sat at 7:30 pm, Sun at 3 pm (EI) 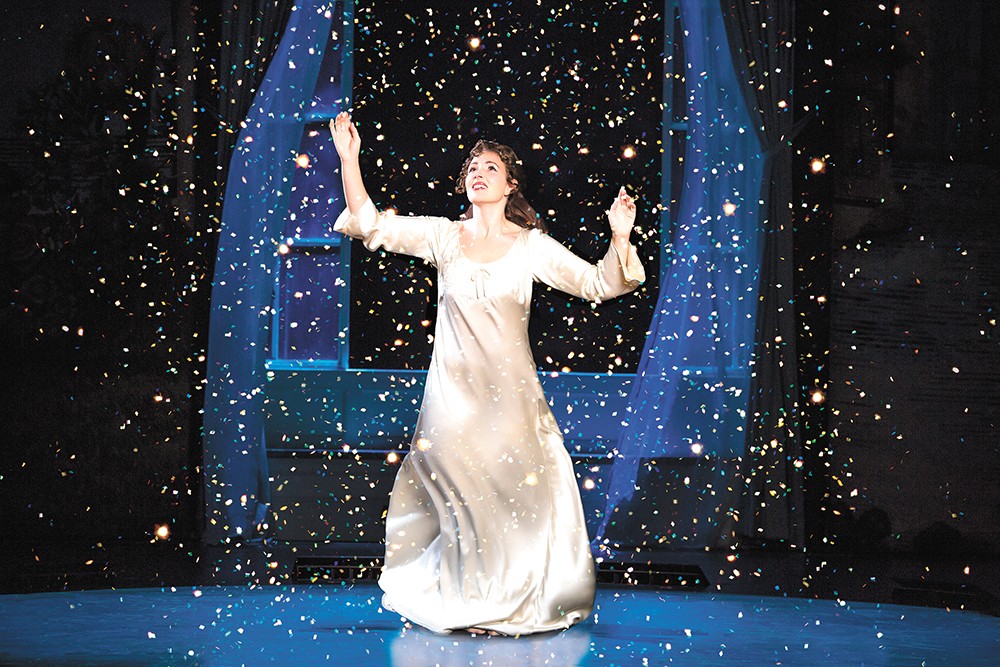 The INB Performing Arts Center's first event after its grand remodel is Finding Neverland, the award-winning musical that tells the story behind the story of Peter Pan. It recounts how J.M. Barrie, beset by domestic and artistic unhappiness, was inspired by the imaginary adventures of four young boys. Thus was born the now-famous tale of a magical land where children never grow up. The show's songwriters are Gary Barlow, who once led U.K. superstars Take That, as well as veteran film and pop composer Eliot Kennedy. INB Performing Arts Center, $50-$98, Thu-Sat at 7:30 pm, Sat at 2 pm, Sun at 1 pm and 6:30 pm (EI) 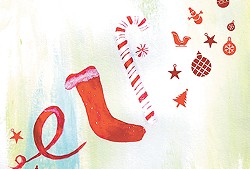 This year, make the leap from cranberry sauce to full-blown Christmas spirit in less than 24 hours. The day after Thanksgiving, the Civic is launching the regional premiere of Elf the Musical, which takes cues from the much-adored holiday film starring Will Ferrell as bumbling Buddy the elf. Papa Elf doesn't make an appearance in this all-ages Broadway version, and the story places a bit more emphasis on disbelief in Santa Claus. But fans of the film will still find plenty of the humorous, heartwarming moments that make them want to sing loud for all to hear. Spokane Civic Theatre, $15-$32, Thu-Sat at 7:30 pm, Sun at 2 pm (EI)

If the commercialization of Christmas — good grief! — is starting to get you down, this holiday production about rediscovering the true meaning of the holiday season might be the shot in the arm that you need. Adapted from Charles M. Schulz's animated classic, A Charlie Brown Christmas follows its titular lead and the rest of the idiosyncratic Peanuts gang as they attempt to stage a school Christmas pageant and rescue a sad little fir tree. Keith Hopkins directs. Liberty Lake Community Theatre, $14, Thu-Sat at 7 pm, Sat at 2 pm (EI)

What, ho! Be this some heretofore undiscover'd companion to A Midsummer Night's Dream? Not quite, Bard aficionados. Adapted by director Stephen John, this University of Idaho Department of Theatre Arts production is a fun, holiday-inspired twist on Shakespeare's timeless and magical comedy about the bumpy course of true love. Suitable for all ages, A Midwinter Night's Dream features four interconnected tales that involve fairies, gods, royalty and well-meaning amateur actors trying to steer their fates — or getting tangled in the fates of others. The Hartung Theater (Idaho), $10-$15, Thu-Sat at 7:30 pm, Sun at 2 pm (EI) ♦

The original print version of this article was headlined "THEATER"