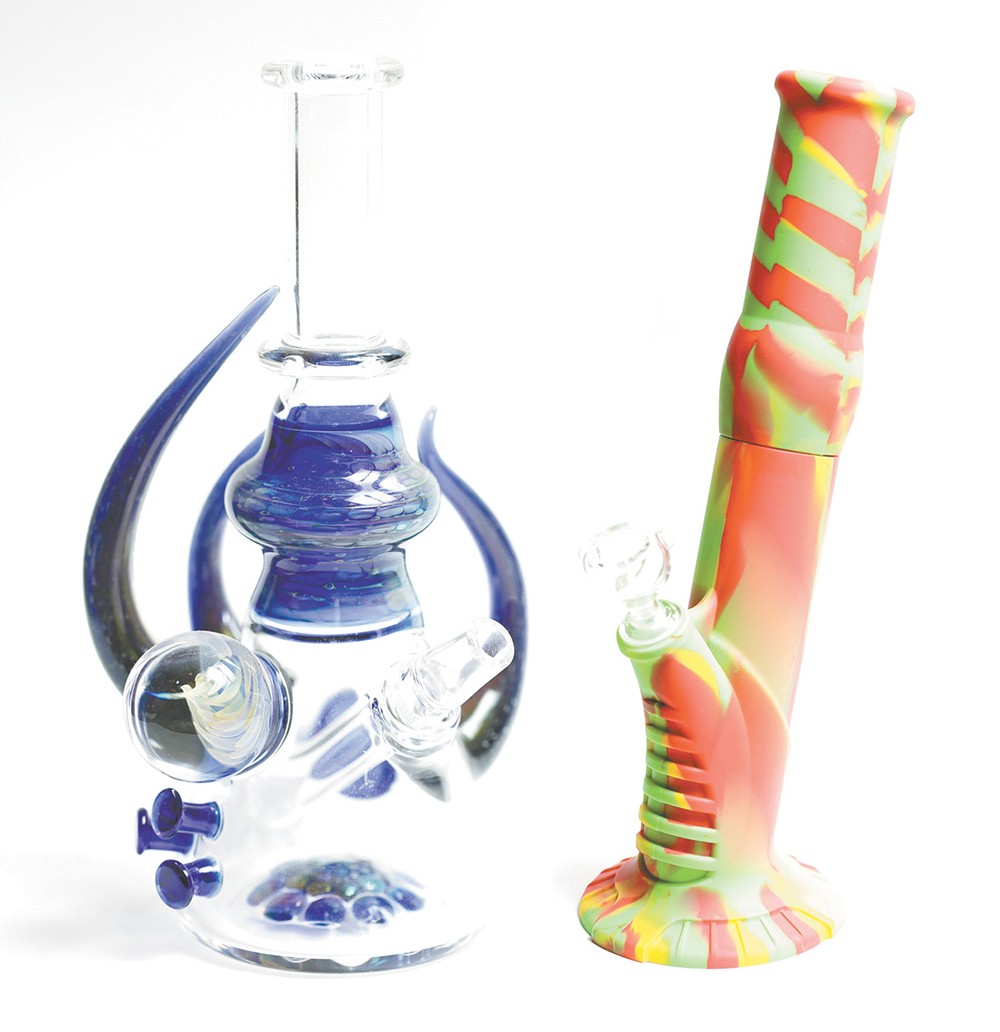 The great outdoors is quite possibly the best place to enjoy marijuana. For many people, it's also the only place to enjoy it. Maybe a lease agreement prohibits smoking indoors and forces you outside. Or maybe you're a courteous smoker who doesn't want to stink the place up.

Whatever the reason, smoking weed outdoors this time of year can be less than ideal. Standing in freezing weather on a porch for the 10 minutes it takes to smoke a joint isn't exactly conducive to a nice, relaxing high.

With the right equipment, cold temperatures won't stop you from smoking weed in a way that won't upset your landlord or your roommates. Winter is bong and dab season; the ultimate tools for maximizing your high while minimizing your risk of frostbite.

One of the tried-and-true methods of consuming weed that almost every enthusiast has on hand, bongs are ideal cold-weather tools.

Unlike a joint or a pipe, which require taking multiple hits and thus come with some form of a time commitment, the bong is the ultimate in high-speed smoking. Their ability to hold a decent amount of flower and burn through it all at once allows users to get stoned in mere seconds.

You can do all the pre-smoke prep indoors before popping outside to light up. Once you're done, bringing the bong back inside is no problem assuming you've kept it reasonably clean. Leaving it outside in freezing temperatures isn't a good idea anyway, considering the water inside will expand as it turns to ice.

Perhaps you're a more hardcore smoker than I and you're capable of taking a dab without immediately regretting it. If so, congratulations. Old Man Winter's mortal enemy is heat, and massive amounts of heat are needed when taking dabs.

So, bust out that miniature flamethrower and blast that nail until it's glowing. It's almost like a small battle against the cold that you get to win every time you take a dab. Plus, almost nothing packs more of a punch on a per-hit basis than dabs. No need to open the door and let the heat out over and over just so you can catch the perfect buzz. One trip into the cold should be plenty.

Just because it's cold and wet doesn't mean you can't get out of the house for a quick toke. Grab a bong or a dab rig and defy Mother Nature this winter. ♦