'There's So Much More to Me' 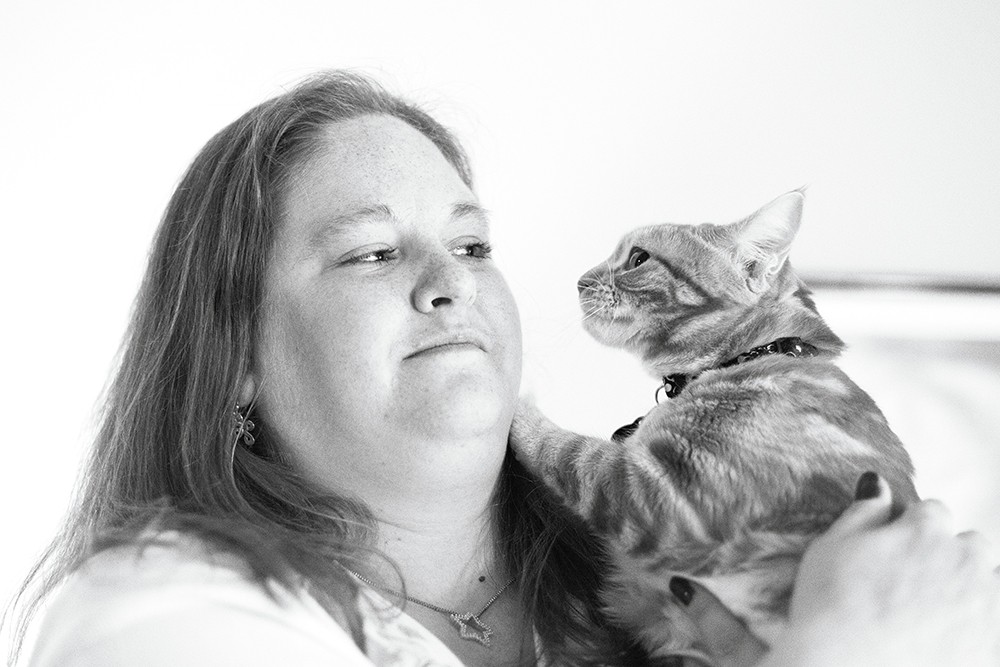 Young Kwak
"You have to understand: You're just not present. You don't realize the dog needs to be fed, that he needs fresh water."

Marieka McPhee was 19, preparing salad in her kitchen in Boise when she was ambushed by mental illness.

She was seized with a notion: specific, horrifying and utterly convincing.

"I thought if I don't get rid of all the pimentos, this woman — some woman — is going to get beat up," McPhee says. "If I didn't, this poor woman would blame me for getting beat up."

She didn't know who would be assaulted, or how, but she was sure of it: If she missed a pimento, a stranger would be hurt.

It was as if the rules of the universe had shifted in an instant, into something surreal and sinister. The moment marked the beginning of a descent into schizophrenia that would take more than a decade to escape and would impact every area of her life. Working as a nursing assistant in a Boise nursing home, she saw her performance begin to slip.

"I just would be so tired. When you were supposed to change someone's adult diaper every two hours, I would do it once a shift," McPhee says. "I just didn't care anymore. Really, I just didn't give a crap."

McPhee quit her job, dropped out of college. She says she was withdrawn into her own head — barely thinking of other people's problems or lives, or the outside world.

"For several years, I had to send my dog to my sister's, so he would be taken care of properly. I just would not feed him," McPhee says. "You have to understand: You're just not present. You don't realize the dog needs to be fed, that he needs fresh water."

She feared that construction workers patching potholes were part of a plot to watch her, and would ask her dad to drive the long way around to avoid them.

She heard voices. "I had auditory hallucinations," she says. She heard three distinct personalities, all men, talking to her in her head, as clear and audible as a telephone call.

"One was very negative, and always trying to convince me to do bad things," she says. "He would tell me to run in traffic a lot. Somewhere he apparently knew these cars wouldn't be able to stop."

During that time, she says, she barely knew what was happening. She knew she was being taken to the doctor but didn't know why.

"I just wasn't in reality at all," McPhee says. "I wouldn't know my parents' names. I'd say, 'You guys are nice, you're nice people,' and I'd get my nurse away and I'd leave."

Sixteen years have passed since that first breakdown. Today, her upper South Hill apartment is decorated with photographs and paintings from friends and family. A drawing from her little niece hangs on her fridge. She has poems, framed under glass, that she wrote when she was feeling her worst. She holds up an elaborate green clay pot that she sculpted when she was in Boise.

"There's so much more to me than just my diagnosis," McPhee says. She loves watching The Big Bang Theory and Melissa McCarthy movies and reading thrillers and romance novels. She plays with Simba, the orange tabby slinking throughout the room. He's another heartbeat in the room, she says — a perfect companion when things get stressful.

Technically, her diagnosis is schizoaffective disorder, which overlays mood disorder symptoms atop schizophrenia symptoms. She takes an antipsychotic and a mood stabilizer to control things. It took two years for her to start seeing a doctor, seven years to get a correct diagnosis, and a decade to find that right mix of medication.

Even with medication, she hears the voices as a muffled din, like the ambient noise of clinking silverware and buzzing conversation in a busy cafeteria.

But she knows how lucky she is to have recovered: She had two advantages many people with mental illness don't. First, she had the background as a nursing assistant to fall back on.

"It made me very med-compliant. I believed the doctors and the medication, that they would help me. A lot of people don't have that faith," McPhee says. "These doctors, these counselors, they want to help you."

Second, she had tireless support from her family. "My parents were planning to retire with all their extra money, and they dropped everything to take care of me," McPhee says. "There were times when it was $6,000 a month for my meds. And my parents were taking care of this."

It wasn't just money. She remembers refusing to take a shower for days, having hallucinated a man standing in the shower. "My mom actually got into the shower with me," McPhee says. "I'd say, 'Mom, you've got to protect me from him.' And she said, 'I will, I will.'"

That doesn't mean the relationship with her parents was perfect. Her dad, she says, passed away thinking she'd go through the rest of her life disabled by mental illness. But she's used that as a fuel for her recovery, as a way to prove him — and all the other people with misconceptions about mental illness — wrong.

"He never thought I would be capable of doing these sorts of things," she says. "And I want to say, 'Hey, I can do this.'"

She volunteers answering calls at a mental health crisis line. She just applied to Spokane Falls Community College, looking to get an associate degree in social work. "I want initials after my name," she says.

And she facilitates a support group with the Spokane chapter of the National Alliance on Mental Illness.

"You let everybody check in and talk about whatever they want," McPhee says. "It is amazing to talk to someone that's not going to think you're crazy for saying these things. Someone who understands." ♦