They Will Rock You 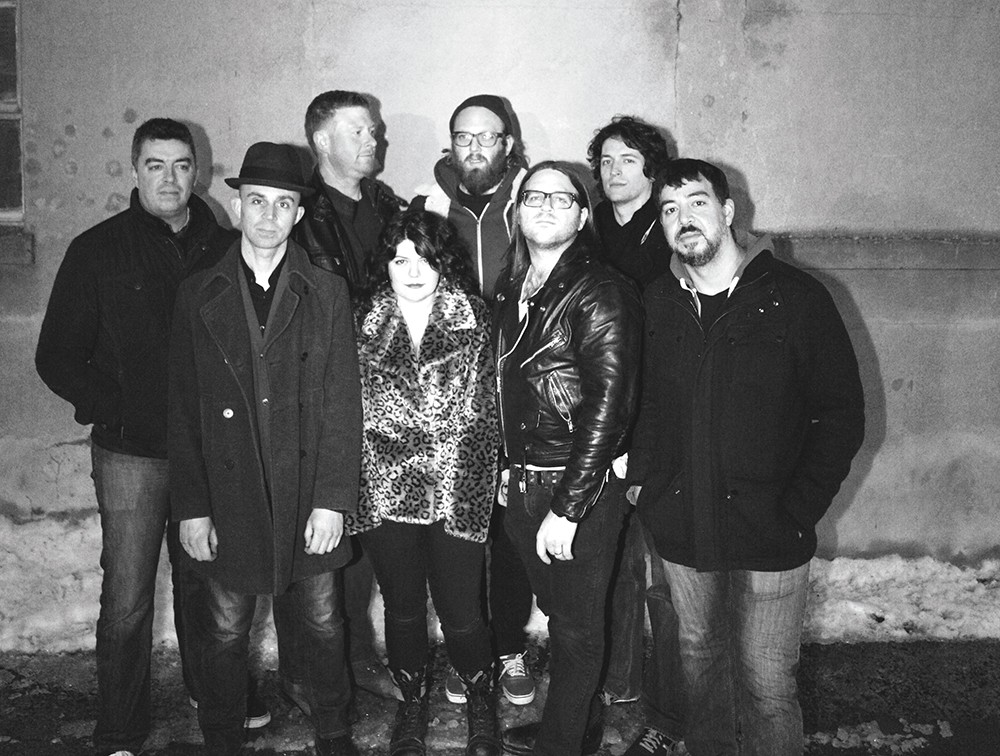 Mike V. , in the back with the beard, stands surrounded by one of the ever-changing Everymen lineups.

Mike V. knows the image you probably have

The leader of the Everymen and native of that same Jersey shore doesn't want to change your mind about the Garden State through his band's bombastic, straightforward rock. He just wants to rock your ass.

"Where I grew up, it was a cultural void," he says. "On the beach, all they wanted was cover bands. If you're not playing Journey covers, the clubs don't want you. I had no interest. I just wanted to write tunes. At the same time, it's the Jersey shore, so it's a party mecca and I feel like a lot of that shit comes through in our tunes."

Indeed, the songs filling the Everymen's latest release, Givin' Up On Free Jazz, are bound to get a dance floor moving, even as they genre-jump all over the sonic map. There's everything from hardcore punk on songs like "NJHC" to the Boss' E Street Band on "A Girl Named Lou Pt. 2" to '50s-era girl group doo-wop on "Fingers Crossed," thanks to co-vocalist Catherine Herrick taking the lead.

Put together all the power chords, horn blasts and boy-girl vocal trade-offs, and Givin' Up On Free Jazz makes for one of the more exhilarating listens all year. Even so, life on the road for the six-member touring version of the Everymen — a lineup that grew to nine during recording — is anything but easy.

Mike V. and company stuff themselves into a van, and all work day jobs from laptops as they travel. As he chats, Mike V. has just heard that two of their shows are canceled, meaning the Everymen have two unexpected days off and a long drive from North Carolina to Texas for the next show.

"It sucks, man," he says. "We're out on the road to play shows, we're not on vacation. It's fun rolling around the country with your buddies, but we'd rather be playing. If we could play 50 shows in 50 nights, that would make us happy."

The band's second trip to the West includes a return to Baby Bar, a long way from where Mike V. used to drive an hour into the Jersey woods just to get a signal from Princeton's college radio station. He'd smoke pot with friends and write down the bands he liked. "That's how I heard Pavement, Guided by Voices."

The Everymen's previous Spokane stop was one of the tour's best, he says, noting "we don't really do so well in bigger cities. We do better in smaller towns where people just want to party and drink beers and dance." ♦