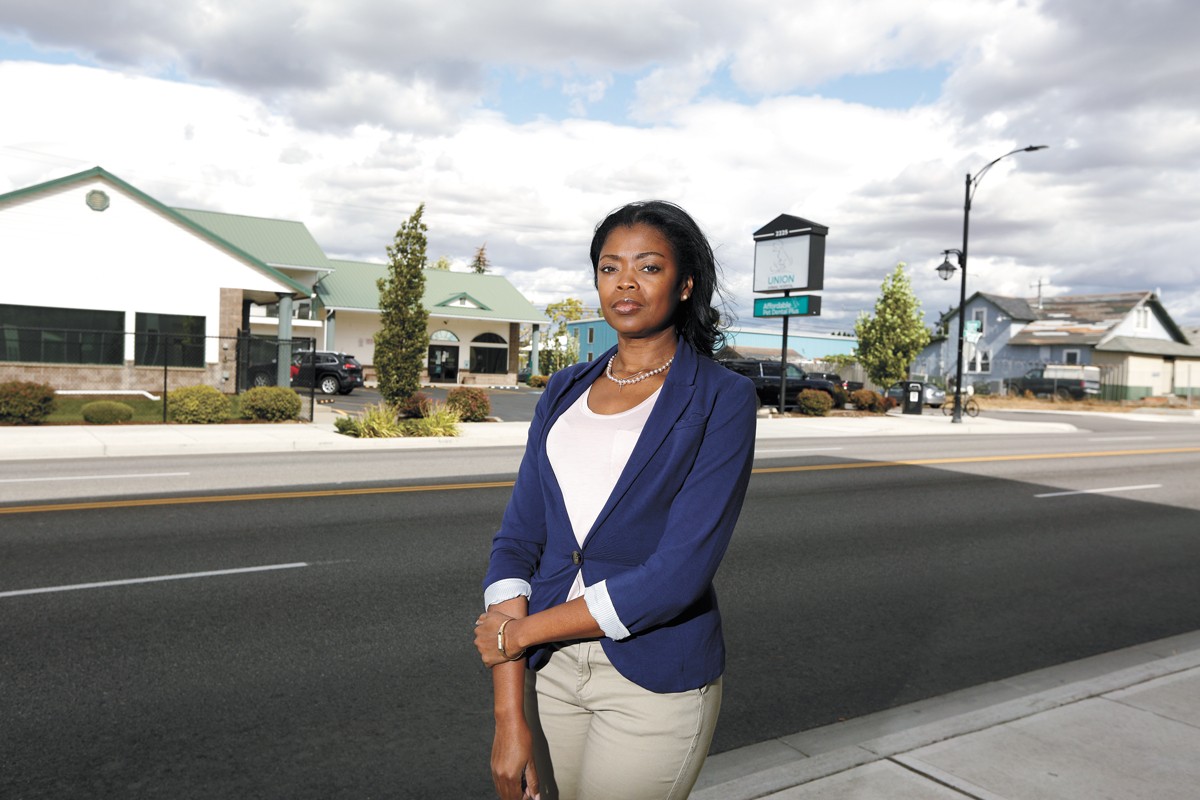 When Lisa Gardner, the Spokane City Council's newly hired communications and community engagement director, walked into the council chambers this year, it seemed like the past was waiting for her.

She felt chills. Like she was destined to be there.

After all, she'd been there as a child. She'd sat with her grandmother, Sarah Gardner — the Black woman who raised her — in these same chambers decades earlier.

Her grandmother had shown her the power of activism. She'd introduced her to crucial figures in the African-American community, like Spokane's civil rights attorney Carl Maxey, the congregation at Calvary Baptist Church and leaders at the East Central Community Center.

Even today, Sarah Gardner's name is famous in some parts of Spokane. She was a talented beautician. She was a feisty NAACP activist. She was a devout churchgoer and inspirational youth choir director. She was an ambitious City Council candidate.

And she was a murder victim.

Just two days after losing a Spokane City Council primary race in 1987, Sarah Gardner was stabbed over 50 times in her Spokane beauty salon. Nobody has ever been charged with her murder.

For Lisa, her grandmother's murder was tough enough. But then her mother was killed nine years later. So as Lisa returns to Spokane, that ugly history hangs above her.

"I'm like a phoenix rising from all of this," Lisa says. "I'm coming back to Spokane and picking up the torch from my grandmother."

DEATH
"The little lady who stood 4 feet and 11 inches tall was the biggest person that I ever met," Maxey — a close friend of Sarah's — said at her funeral.

Maxey called her Spokane's Mother Teresa. Where others avoided East Sprague for its seedy, sometimes violent reputation, Sarah eagerly located her business there.

Sarah's Beauty Shop was an equalizer, a community hub where preachers, pimps and prostitutes would sit side-by-side, all getting haircuts from the same little woman.

And so in 1987, when Sarah launched her bid for a City Council seat, her platform wasn't just about opposing business and occupation taxes, hiring more minorities and installing more stop signs. It was about reaching out to the less fortunate by offering a hand, not handcuffs.

"These mentally and physically ill people need our understanding and our support," she wrote on her typewritten campaign platform. "I reach out for the street people and the prostitutes. Arresting them and putting them in jail is not really helping them."

Jim DeFede, the night cops reporter for the Spokesman-Review and the Spokane Chronicle that year, recalls sitting in a police officer's vehicle two days after the primary, the officer indicating who'd been murdered by silently pointing to the "Vote for Sarah Q. Gardner" campaign sign in the window of Sarah's Beauty Shop.

Though the police didn't find any evidence the crime was racially motivated, Lisa says Sarah's murder — and the whiplash of going from a thrilling primary campaign to a gruesome murder scene — was traumatic to the close-knit Black community.

"It's not as if the African-American community in Spokane has so many leaders that they can lose any of them," DeFede says.

Spokane's sole Black councilwoman, Betsy Wilkerson, says her mom was a hairdresser like Sarah. She remembers how the murder shook her and her peers, shattering their sense of safety and stoking mistrust in their community.

"It bred suspicion," Wilkerson says. "Was it somebody Black who killed Sarah? We never knew. It was always that little undercurrent."

For Lisa, the pain was unimaginable. Betty Dumas, a longtime volunteer at Calvary Baptist and a close friend of Sarah Gardner, recalls seeing Lisa curled up in bed in the fetal position because she desperately missed the woman who raised her.

Sarah had been killed two days after Lisa's 12th birthday. The pain felt almost personal. Like she was being punished. She found a way to blame herself. Maybe if she'd gone to the shop that night, she thought, it wouldn't have happened.

"I was always with her — and to know that minute that I was not with her, she was gone?" Lisa says. "And then the horrific way of how she died? Who would do this to her?" 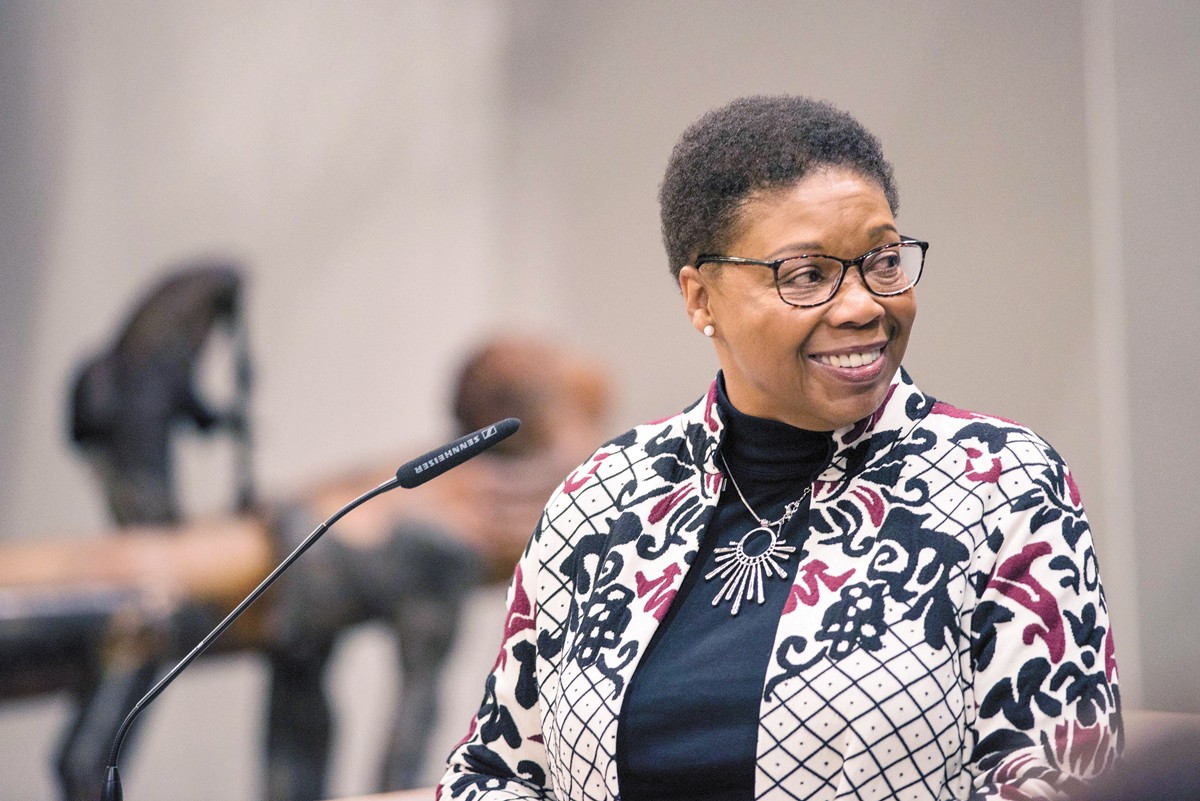 Strange details came out: Just 15 days before her murder, the Spokesman-Review reported, Sarah made arrangements for her own funeral. She specified she wanted a weekend service. She had handpicked the white casket she wanted to be buried in. It was like she'd somehow foreseen her own death.

On top of that, just two weeks after her stabbing, the beauty shop — the one Sarah had purchased herself and poured her heart into — burned to the ground. DeFede remembers walking through the charred ruins of Sarah's shop with the arson investigator.

"That smell of that fire, that just sticks in your nose," DeFede says.

Ultimately, the cops concluded the fire was a mere accident, the result of a vinyl-covered chair pressed up against a baseboard heater.

The police interviewed more than 100 people in the search for Sarah's killer.

Lisa says that her grandfather — a 77-year-old man with a heart condition and an alibi at the race track during the time of the murder — was examined but ultimately ruled out as a suspect.

Instead, as DeFede reported, the prime suspect was an unemployed, troubled alcoholic named Alfred Venters. Nicknamed "Shampoo" for his salon speciality, Venters had briefly worked at Sarah's Beauty Shop as a stylist six months before her murder.

But Lisa didn't think Venters did it. Lisa didn't see a motive. If Venters was the murderer, why had he stabbed her so many times? If it was about money, why had money been left in her wallet?

"I remember him coming to the house, and he was so distraught, so devastated," Lisa says. "He cried to my mom, 'I don't know why they would think I would do this! I would never hurt Ms. Sarah. She only looked out for me when I didn't have anything.'"

But no matter what he did — even convincing Maxey, after a passionate appeal, that he was innocent — Venters couldn't clear his name. Police never charged him, but never cleared him either.

Two years after Sarah's murder, Venters leapt from a four-story window to his death.

To DeFede, the newspaper reporter, the suicide of a Black suspect who'd never been charged left him searching for more answers. Even today, DeFede still wonders if his accurate reporting identifying Venters as the prime suspect set the man on the path that led to his death.

"His life was never the same once his name appeared in the paper," DeFede says. "There was always a level of guilt I felt afterward."

For the Spokane Police Department, the result was simpler. With the death of their lead suspect, police spokeswoman Julie Humphreys says today, the department considers the Gardner murder case officially closed — though not necessarily "solved."

KNOWING
It's been over three decades since her grandmother died, Lisa says, and this is the first time she's heard that the police closed her grandmother's case. It's unsatisfying.

"Just to close it because he died doesn't make any sense," she says.

The murder altered the course of Lisa's life. Her grandmother had been almost radically trusting, willing to invite almost anyone into their orbit. Her grandpa had always been more isolated and protective, and his wife's murder, she says, heightened those closed-off tendencies.

In 1994, with her grandfather aging, Lisa, then 18, moved to Yakima to be with her mother, Antoinette.

There, she put her trust in a new father figure, her mother's boyfriend, Robert Langford.

"He bought me a car," Lisa says. "He gave me jewelry on my birthday. He treated me like one of his daughters."

After a fight over Las Vegas plane tickets for Lisa's 21st birthday, Langford stabbed Lisa's mother, killing her the same way Sarah had been killed almost a decade earlier.

To Lisa, it was a kind of betrayal that went deeper than murder.

This is the cruel dichotomy that has tormented Lisa her entire adult life: She doesn't know who killed her grandmother. She knows exactly who killed her mother.

Knowing, she says, is worse.

CLOSURE
DeFede, now an investigative reporter for CBS in Miami, has the newspaper clips of the Sarah Gardner coverage still stashed away in a file near his desk. It's a reminder, he says.

He had reported on all sorts of horrifying crime stories in Spokane — the Green River killer, the Shadle Park rapist, a musclebound murdering rapist named Damon Chapple — but those were different. Those stories had a clear ending.

"They're all resolved in one way or another," DeFede says. "This is the case that has not been resolved. This just gnaws at you."

There's a similar feeling for some in Spokane's Black community as well. Rev. Happy Watkins, the Black minister who once ran against Sarah for City Council, says the history lingers.

"When you talk about it that cloud of uncertainty still hovers over the community. We still think about it," Watkins says, "because there hasn't been any closure."

Lisa still has plenty of questions.

"We don't know who murdered her and why. And then her salon burns down — how convenient is that?" Lisa says. "Did she really get a fair investigation?"

But she's also found a path to a kind of closure that doesn't require a guilty verdict. She may never know who killed her grandma, but she can try to continue her grandmother's fight. She can seek out the voice of the unheard.

In her new role as the City Council's communications director, Lisa recalls watching Wilkerson talk with local Black ministers, speaking with them about police reform, bubbling with a passion — a mesmerizing command of the room — that seemed so familiar.

In Wilkerson, Lisa could see echoes of her grandmother.

"I was just in awe watching her work, thinking to myself, 'I want to be like that,'" Lisa says of Wilkerson. "That was the moment where I knew I was in the right place at the right time."

In a life defined by senseless tragedy, it made sense.

The original print version of this article was headlined "Old Wounds"