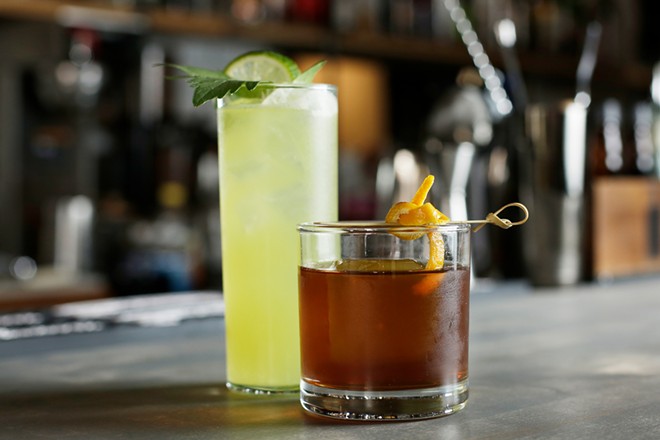 Planning this year's Drink Local issue at one point derailed to nostalgic recollections of college parties, and the questionable concoctions many of us imbibed before developing a preference for quality beverages.

I attended Washington State University from 2006 to 2010, and when my sorority sisters and I weren't in class or studying, we wandered Greek Row, taking shots, drinking Franzia boxed wine and ladling "jungle juice" out of actual garbage cans. (Yeah — gross, and in hindsight, all regrettable choices.)

When I returned home to Spokane, the region's craft beverage scene was still in the early stages of developing into what we're now experiencing with all the amazing, locally made craft beer, wine, spirits and more. As such, it took some time before I discovered the types of drinks I enjoy most: sour beers, gin cocktails, super dry cider and the occasional red wine.

In those days fresh out of college, however, I drank super sugary club drinks and Blue Moon, which, while maybe a step up from cheap college booze, I'd never order today.

I'm sure I'd have trained my palate sooner had the drinking landscape been what it is now, but having a guiding hand would've been nice, too. With that in mind, I chatted with some of the area's top bartenders and a bar owner to ask: How does one level up their taste buds and open their mind to trying something new at the bar? Here's what they had to say. 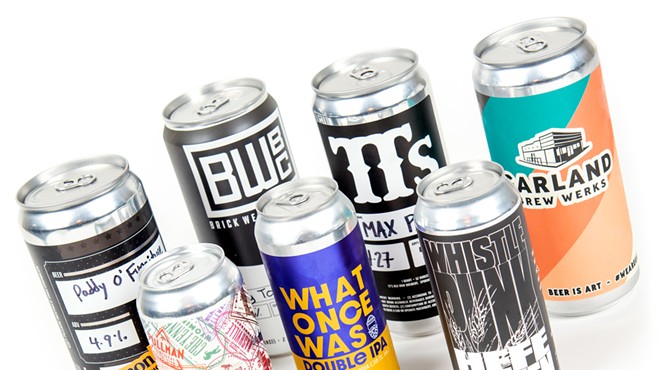 Longtime bartender Crystal Bertholic, who oversees the bar program at Ruins and its downtown Spokane sister eatery Hunt, started her spirits journey on the strong side.

"When I first started drinking, I went for the strong stuff right off the bat because I felt like I had something to prove," Bertholic says. "As soon as I started bartending I was like, 'I'm gonna drink IPAs, and I'm gonna drink whiskey.'"

While others may start out on the opposite, more mild end of the spectrum, gradually developing a preference for drinks with stronger flavor profiles, Bertholic says it took some time to fine-tune her palate to appreciate those less punchy counterparts like white wine or gin. 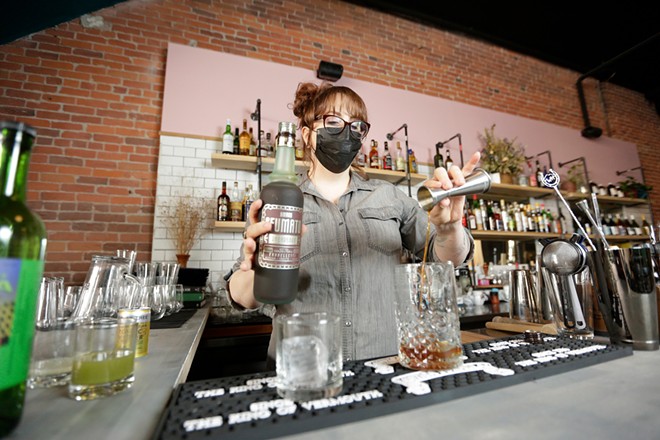 Young Kwak photo
"I think when you're talking about becoming a more sophisticated drinker it has a lot to do with wanting quality over quantity," says Crystal Bertholic.

"It's really the last few years I feel like I've been able to appreciate more delicate flavors," she says.

For fellow bold beverage lovers who want to tone things down, Bertholic recommends vermouth, either straight or mixed in cocktails.

Vermouth is a fortified wine, meaning a distilled spirit has been added to it, flavored with herbs, roots or spices, and generally categorized as either sweet or dry. It's a key ingredient in many classic cocktails, like the Negroni, Manhattan and martini.

"I really enjoy vermouth. I think it has a very complex, yet delicate, flavor, especially white vermouth and Cocchi Americano and blanc-style vermouths," she says.

"I also like them because they're low ABV, and I think when you're talking about becoming a more sophisticated drinker it has a lot to do with wanting quality over quantity, and getting to a place of feeling completely satisfied after one or two drinks. And I think that's one of the reasons our palates develop, because our tolerance may diminish a little bit over time."

Take your palate to the ultimate level and drink what industry people drink, which, according to chef Peter Froese, is fernet.

At Froese's downtown Spokane tasting-menu restaurant Gander & Ryegrass, and his new, soon-to-open tiny bar a few blocks east, June & Co., head bartender Ben Christiansen is all about the Italian bitter liqueur, also called amaro. Froese says that at one point, the restaurant touted itself as offering the widest selection of amaro in town.

"They really run the gamut from sweet to straight-up bitter," Froese says. "It's more of an aperitivo, especially with those bitter qualities, and often a pre-dinner cocktail, but a lot of people drink these straight up."

While amaro or fernet served neat might not be everyone's cup of tea — some are very bitter and even astringent — Froese says someone looking to explore more complex flavor profiles in spirits or cocktails may appreciate the herbal liqueur's many variations.

"I think these are one of those beverages that you can pour straight out of the bottle," he says. "There are a lot more nuances to pay attention to, which I think takes more of a trained palate. And for folks who are tasting cocktails all night long, and working on the concept of pulling flavors together, that's part of the intrigue."

At Bijou, a tiny bar on the southern edge of Browne's Addition, industry veterans Shelayna Skidmore and Dakota Goldman regularly serve a diverse clientele. While the bar's focus is on craft cocktails, mocktails and espresso drinks incorporating house-made syrups and other high-quality ingredients, it's not unusual for someone to come in and ask for, say, a Long Island Iced Tea or a vodka Red Bull.

Skidmore says she and her team can make almost any drink a customer requests, but the main difference between their version and what's served at a high-volume nightclub catering to the younger crowd is quality ingredients.

"We have tart, fresh fruit juices, and we make our own cola syrup as well, but it's also definitely something that, when people ask for it here, I would turn them to something else," Skidmore says. "Because if they're used to that traditional sour mix, it's not going to be what they're looking for."

For a caffeinated, vodka energy drink, Bijou uses the green tea-based Lotus Energy Drink, which it stocks for its coffee and tea menu, in place of a canned drink like Red Bull or Rockstar.

"The other day we did a gin and Lotus drink with our housemade syrup, and I just shook that with a little coconut cream, and I topped it with champagne over ice," Goldman says.

Bijou's experienced bartenders at both its locations (Browne's Addition and South Hill) love these drink-making challenges from customers. By asking questions about the types of spirits a patron likes or dislikes, and other flavors or ingredients, Skidmore and her staff get to flex their creativity and deep knowledge of working behind the bar.

"The biggest thing for people looking to branch out and try new things is just to come into the bar with an open mind. Talk to your bartender," Skidmore says. "Tell them what you like, but know that it's going to be different. It's probably going to be a little bit more complex because that's what we do as a craft. It's safe to leave it in the bartender's hands." ♦