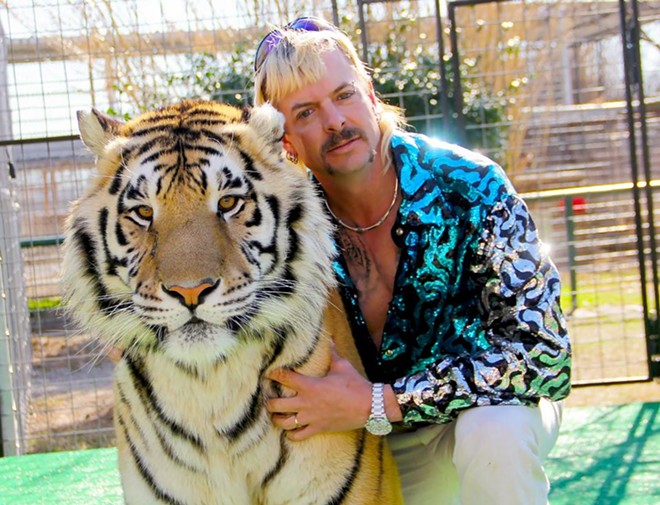 HOLLYWOOD, Fla. — Like much of America, Chad Chronister recently binge-watched the chronicles of an eccentric roadside zookeeper known as Joe Exotic and his archenemy, an animal activist who wanted him to stop profiting off big cats.

The Netflix documentary featuring Joe Exotic, “Tiger King: Murder, Mayhem and Madness,” quickly found a captive audience of would-be investigators, trapped inside homes across the country because of the coronavirus pandemic.

But it also transfixed Chronister, sheriff of Hillsborough County, Florida.

By Tuesday morning, Chronister, who watched the seven episodes of the documentary with his family, was holding a Facebook Live news conference in his kitchen. He wanted to discuss the disappearance of Don Lewis, who ran a big cat sanctuary in the Tampa area before he went missing 23 years ago.

Lewis was discussed frequently in “Tiger King,” and Chronister hoped he could tap into the online frenzy to generate new leads in a case that had been dormant for years.

“These last 48 hours have been crazy. Crazy!” said Chronister, the fourth sheriff to preside over the case. “We are hoping we can bring some justice and closure to the Lewis family.”

Joe Exotic, a tiger breeder whose real name is Joseph Maldonado-Passage, is now in a federal prison cell in Texas, sentenced to 22 years for an unsuccessful scheme to kill animal activist Carole Baskin and for killing five tiger cubs. He was reportedly enraged that Baskin, who was married to Lewis and an outspoken critic of Maldonado-Passage, had won a million-dollar civil judgment against him for trademark infringement.

The case was never officially closed, but the last time anything significant happened was in 2011, when police asked Baskin to take a polygraph. She refused.

The documentary series was released March 20.

Soon, tips started trickling into the sheriff’s department. Since last week, the department has received an average of six tips a day, the sheriff said, but none have been credible.

“We still have it labeled a missing persons case,” Chronister said. “We don’t have any type of evidence, not one piece, that suggests that he was killed.”

Chronister has met with homicide supervisors and assigned a detective supervisor to cull through the tips. Police have not spoken with Baskin, who denies any role in the disappearance.