Gyllenhaal has to figure Jake figure out the time space-time continuum. 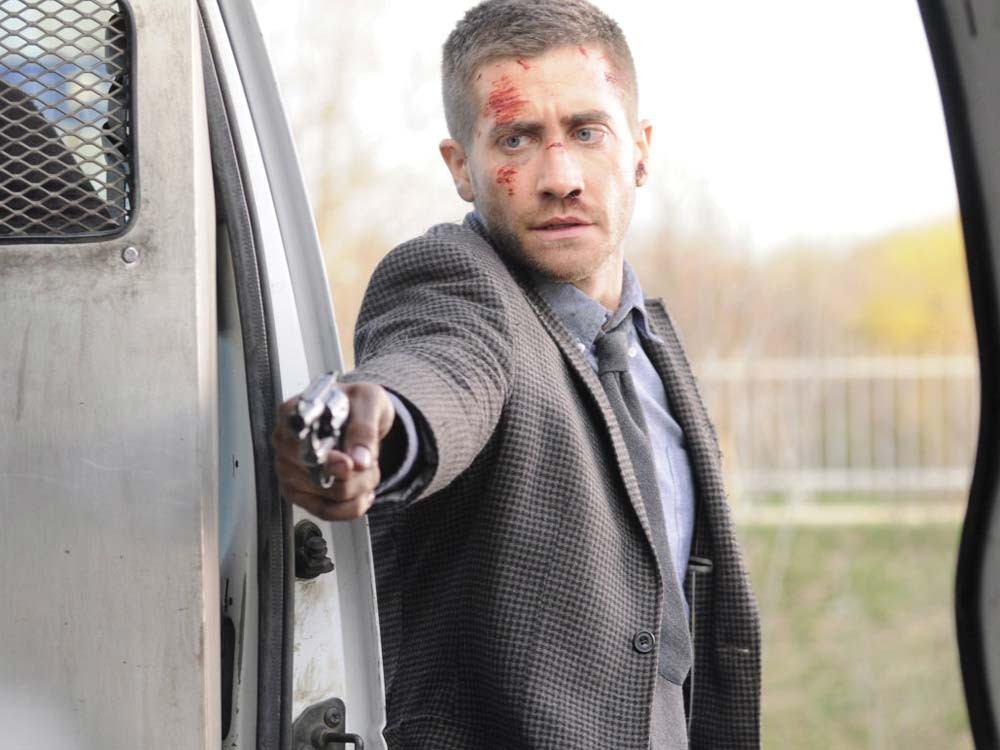 On a moving train, a man jolts awake. The beautiful woman seated next to him (Michelle Monaghan) is chattering away as if they’re a longtime couple. But he has no idea who she is, or — since he’s Captain Colter Stevens — why she keeps calling him Sean.

Oh, and he has no idea where he is, or why he’s not piloting his chopper in Afghanistan.

Just wait — Source Code is about to get better/worse/ more complicated.

The script features a catchphrase: “Everything’s gonna be OK.” But when we first hear it, early on, the train just up and explodes, killing everyone on-board.

Captain Stevens (Jake Gyllenhaal) again jolts awake, this time strapped into a seat and stuck in a dark, claustrophobic capsule. Another beautiful woman, this one in a military uniform (Vera Farmiga), is talking to him from a video screen. He still doesn’t know where he is, but at least she’s calling him Captain Stevens.

A minute or two later, without much explanation, he’s back on the train — pre-explosion — having been told that he must locate the bomber ... and he has just eight minutes to do it.

Source Code, the second film from Duncan Jones (Moon), is a crackling thriller. Because it involves one person thrust into the same situation over and over, it’s a kind of Groundhog Day for science-fiction aficionados.

Captain Stevens keeps getting sent back to the train, keeps getting “killed,” and keeps returning to the capsule. But he retains all knowledge of previous visits, and soon he starts unraveling the mystery of the bomb and the bomber.

An Interview with Jake Gyllenhaal

Jake Gyllenhaal has played military men in Brothers and Jarhead. He’s got just the right physique for the role, along with the requisite square jaw. But in Source Code, as Captain Colter Stevens — a man whose mind is kind of living in two different bodies — he gets to play a romantic leading man, audience surrogate and comedian.

Inlander: The audience really gets to interact here.

Gyllenhaal: A great thing about it was that the character was paralleled with the story and where the audience was. Wherever he was, the audience was going to be able to see the movie through his eyes. So whatever he discovers, the audience is discovering, too.

What sorts of changes were made to the original script?

The screenplay was [already] taut and tight and strong when I first read it. But the love story was a big question for all of us. There is a sort of very emotional romantic aspect to the choice my character makes. It was basically a guy who moves from not being able to ask this girl out for coffee to a guy who can ask this girl out for coffee. [laughs] He has to get blown up a number of times in the process, but it feels like that when you have to ask out somebody that you’re into.

The film has more comic moments than you would expect in a serious science-fiction piece.