As ballots go out this week, here are some of the issues you'll have to consider 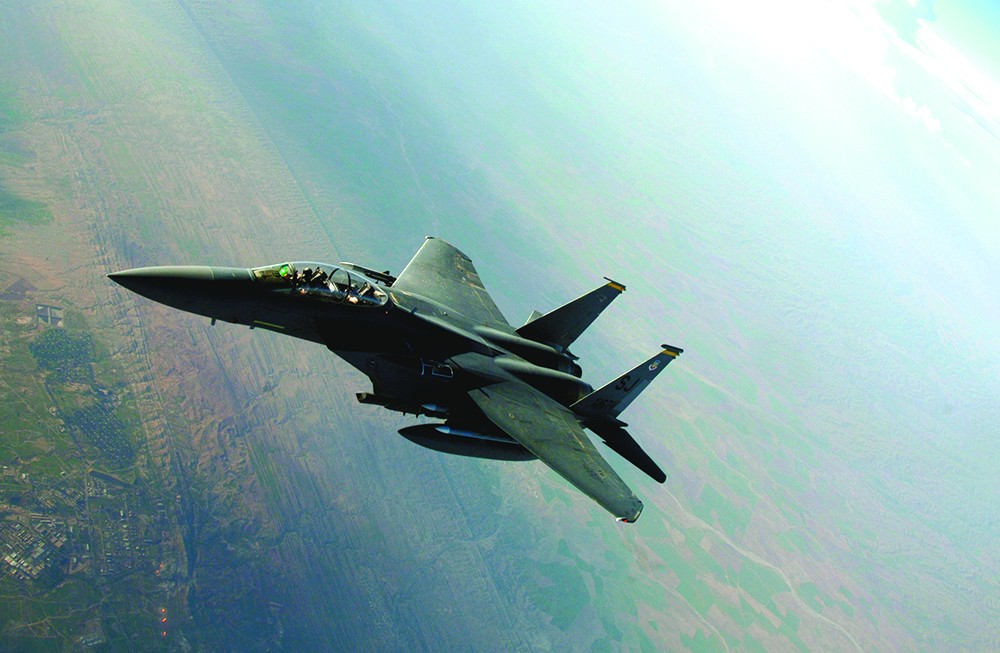 By its official explanation, Proposition 1 is about protecting Fairchild. But that's only part of the story.

If you just read the text below the "Levy to Protect Fairchild Air Force Base" property tax, it's easy to come away confused on what exactly the proposition is supposed to do. The clearest the text gets is saying that the property tax — 6.5 cents for every $1,000 in assessed value — would be used exclusively to protect Fairchild by mitigating current encroachments, paying related costs."

More specifically, it's for a land purchase: Around $18 million raised to purchase and shut down the Aero, Campbell A, Campbell B, Lawson, Lone Pines, Mountain View and Sands mobile home parks, currently located in a crash zone around Fairchild Air Force Base.

"You're limited in terms of ballot language in terms of 75 words," County Commissioner Al French says. "We could have listed all of the parks individually, but then we would have exceeded the 75-word limit."

The Air Force frowns upon dense residential developments located in crash zones, and the commissioners have worried it could imperil the future of the base.

Despite intimations to the contrary, encroachment was not a major reason Fairchild lost out on the first round of decisions regarding which bases would host new refueling tankers. While the base lost a small number of total points because of encroachment in the initial narrowing-down process, the Air Force has clarified on multiple occasions that it was "not a key finding or a major consideration in the selection of preferred and reasonable alternatives."

But French argues that encroachment could play a much larger role during future rounds of base closures, where land use is a primary consideration. "In a [base closure] process, every single mark against you could be the difference where you stay open or not," French says. "That's the point I'm trying to make."

If the initiative passes, French says the county has reserved $6.5 million from the levy to assist the 188 current residents in moving their mobile homes or finding new housing. Once the parks have been closed, the county plans to sell the property to the private sector for uses that won't encroach upon Fairchild.

While the county has won the support of Greater Spokane Inc. and the mayor of Airway Heights, the proposition didn't get the endorsements from the group of nonprofits that hoped to construct new housing for the residents displaced by the closure of the parks. During the past legislative session, the group was not successful in obtaining the state dollars for the housing and has concerns about where residents will go if the parks shut down.

An initiative about initiatives? You guessed it: It's the work of initiative guru Tim Eyman.

Initiative 517, called the "Protect the Initiative Act," would make "interfering with signature gathering" illegal. The language includes physical harassment like touching or shoving as well as yelling, blocking or "maintaining an intimidating presence" within 25 feet of a person gathering signatures or signing a petition, and says signature gatherers can operate on any public walkway or in any public building. The law also would mandate that any state or local initiative for which supporters gather enough valid signatures must make it on the ballot for a public vote, despite legal questions or challenges. (This has spawned an unlikely alliance between conservative Eyman and Envision Spokane, whose far-reaching Community Bill of Rights was blocked from the November ballot by a local judge.) I-517 also stipulates an extension of the time granted for signature gathering. Currently, proponents must turn in an initiative 10 months ahead of the next legislative session and can start gathering signatures once it's approved by the Secretary of State. This would extend that to 16 months.

Proponents like Eyman say the move will guarantee citizens' right to petition their government, making their voices heard on issues lawmakers may oppose or refuse to take up. Opponents, who've raised $226,000 to supporters' $1,500, are backed by retail and food industry groups and grocery stores. They argue the measure could infringe on free speech rights of those who'd like to voice opposition to a signature gatherer within 25 feet and would strip business owners of the right to regulate what happens in front of their doors.

Whether or not Washington becomes the first state to mandate labeling of genetically engineered foods, Initiative 522 will make state history. Supporters and opponents of I-522 have collectively raised more than $23.8 million, making this ballot measure one of the state's most expensive initiative fights ever.

Five deep-pocketed out-of-state corporations and an industry trade group are financing the No on 522 campaign. The No side has outraised labeling backers by a 3-to-1 margin, with upwards of $17 million in its coffers thanks to a recent $5 million boost from the Grocery Manufacturers Association. Biochem behemoths Monsanto and DuPont Pioneer have also poured huge sums into the fight, donating more than $4.8 million and $3.4 million, respectively. (Only three actual people have contributed to the No campaign. All are Washington residents.)

The Yes on 522 campaign, on the other hand, boasts thousands of individual donors, the vast majority of whom are Washington residents. So far, they've given nearly $5.5 million.

But about 75 percent of the Yes camp's total cash on hand, roughly $3.8 million, comes from out-of-state supporters, including the California-based natural soap maker Dr. Bronner's, which has contributed $1.7 million to the race.

Although labeling proponents are losing the fundraising race, they're winning the battle of public opinion. According to a September Elway Poll of 403 Washington voters, 43 percent surveyed said they "definitely" back the initiative, compared to just 21 percent who said they likely or definitely will vote against it.