A Seattle band struggling to find a solid lineup has found its new frontman: you. 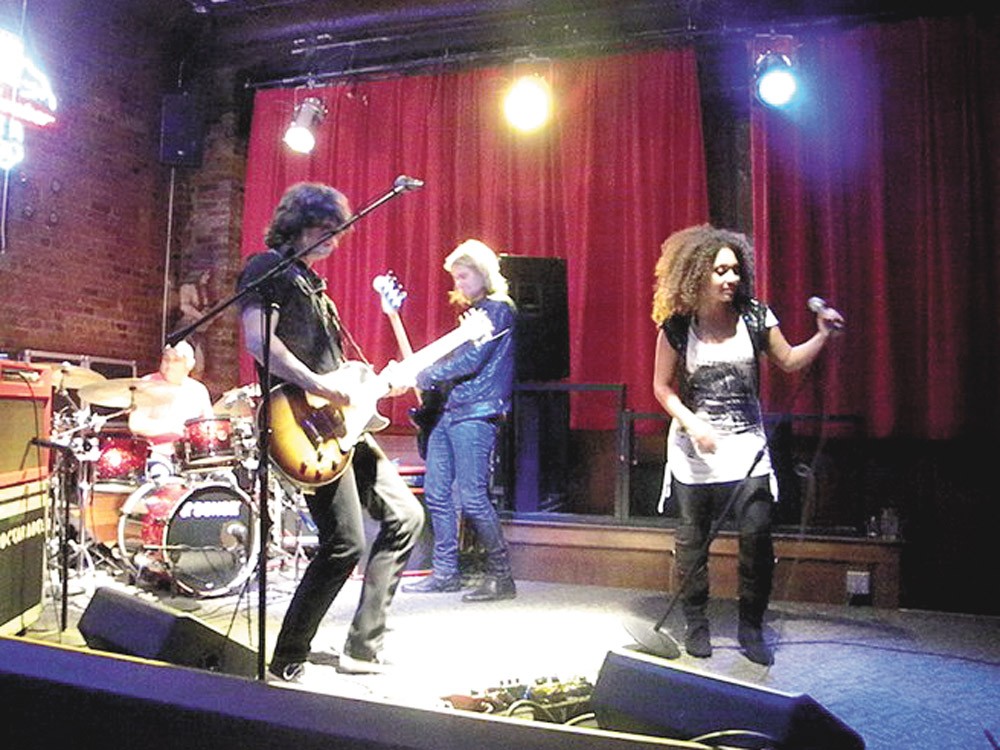 Rockaroke wants to help you live out your onstage dreams in real life.

Being the frontman of a rock ’n’ roll band is a lot of work. First you have to find people to join your band (good luck finding a drummer). Then you have to write the music. You’re even supposed to practice said tunes. Wouldn’t it be great if you could just skip to the part where you belt out a song for three minutes and receive wild applause from adoring fans?

Rockaraoke helps you do that. Rockaraoke is, essentially, live band karaoke.

After playing in a jam band at Seattle’s Sunset Tavern for years every Thursday night, drummer (and Rockaraoke founder) George Aragon found himself in a bind when a few members of his band moved away. Aragon was left with a couple months’ worth of dates to fill and no band to play them. He decided to pull together a band that could play classic rock covers. When they finally played a show, an astute observation launched what would become Rockaraoke.

“Our first night, we did about 20 tunes of classic rock and then I noticed that everyone in the crowd was singing every word to all these classic rock songs,” he says. “And quickly I was like, ‘I know what we’re going to do. Let’s do live karaoke.’” For the next three years, the band started drawing a packed house of fans to the Sunset every Wednesday and developed a list of hundreds of songs for would-be crooners to choose from. Like karaoke, singers choose a song — and Rockaraoke backs them up onstage.

Rockaraoke’s upcoming show will be its fourth in Spokane, and Aragon hinted at trying to establish a weekly performance here. The crowds keep coming out because of the rush they get. Onstage, it feels like they are a real part of an actual music group.

“There’s a thrill of playing with a live band,” he says. “Because most of the time you’re either in a band or you’re not. But now we’re opening that up, ‘Hey, come sing for three minutes.’” While it might seem repetitive to play the same songs night in and night out, Aragon says the vast array of tunes the band has to know negates that feeling. The band is always at the will of the audience.

“You never know what you’re going to play.” Aragon says the most popular tracks are “Don’t Stop Believin’” by Journey, Sublime’s “Santeria” and Radiohead’s “Creep.” But he says the band enjoys it most when people want to play an Iron Maiden or Judas Priest tune.

He says Rockaraoke’s success boils down to a shared love for singing.