A few weeks from Election Day, Paul Delaney has raised $0 and still doesn't have anything but a stock photo on the "About" page of his website. He's counting on his Libertarian platform to sway voters away from Timm Ormsby, the Democrat who's represented the 3rd District since 2003. "I will stand up to regulators that want to regulate all aspects of your life," Delaney, who lives in Spokane but drives trucks and operates heavy machinery in Alaska part of the year, writes in the state voter's guide. 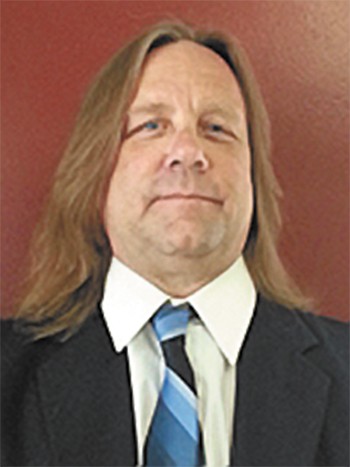 Ormsby, whose main supporters include unions and health care groups, is running with a focus on specific ideas to address budget shortfalls and needs across the state. He says he supports a capital gains tax in lieu of any more program cuts and would support directing $2.5 million to Washington State University for a medical school in Spokane to help address the shortage of doctors in Eastern Washington.

Paul Delaney did not respond to the Inlander’s questionnaire.

If elected, what will you work to accomplish in the Legislature next session?

Timm Ormsby (Democrat): We’ve got to get our budget priorities straightened out because we’ve got a lot of pressures on the budget related to our obligations to meet our constitutional responsibilities for funding education as our paramount duty. ...We’ve also got to resolve this transportation thing, which has a huge amount to do with our economic viability even in Eastern Washington.

The Legislature is obligated under the state Supreme Court to fully fund K-12 education by 2018. How can the Legislature keep good on this promise while facing a projected budget shortfall? Would you support any plans for increasing the state’s revenue?

Ormsby (D): I would support plans to increase the state’s revenue once we figure out how much of a hole we’re in. What we've done over the past six years is reduce programs and services and we’re feeling it now. Folks that rely on those services have really been in a pinch. ... I favor a tax on capital gains, period interest and dividends to start. That would capture a lot of the wealth in this state that is not compensation, like paycheck money. It would capture that where the wealth is concentrated, which would primarily be Western Washington and central Puget Sound.

Ormsby (D): I don’t know that we can [afford any cuts]. There would be a lot of goring of oxs to the point that services that people have come to rely on just wouldn't be there. If we do an all-cuts budget, I don’t think we would recognize the place we live in. ...There are a lot of services that K-12 kids need in the social safety net so they're in a position to have a good learning experience, like free and reduced lunch and making sure they have a roof over their heads, a bed in the back and a safe place to do their school work. ...Those social services that are really necessary for 3rd district constituents — those would be the things I’d really be fighting for.

Would you support Gov. Inslee’s proposed carbon emissions tax and/or cap-and-trade system? If not, what, if anything, should Washington do to cut greenhouse gas emissions in order meet the carbon-emissions reduction targets set by the Legislature in 2008?

Ormsby (D): Yes. This is not a one-size-fits-all deal and there are several different ways to skin that animal. ...It can look many different ways and I think it would be up to the Legislature to really noodle on the this really seriously and in-depth and come up with the model that works best for Washington, our economy and the emissions issues that are unique to us.

As Washington faces a looming doctor shortage, Washington State University is asking the Legislature for $2.5 million to establish its own medical school. Would you support this request from WSU? If not, what’s your plan for filling this growing need in our health care industry?

Ormsby (D): Yes. I would support that and I think it’s really important that we address the entire spectrum of shortages in the healthcare profession which would be physicians with a particular emphasis on family doctors and psychiatrists in this area because of our problem being able to recruit quality psychiatrists, which has a lot to do with our ability to address the mental health problem.

Ormsby (D): I don't think we know what reforms are going to be necessary. We need to maintain access for medical marijuana users and also maintain the integrity of the retail marketplace where those sales are going and I don’t have the answer to that. But I know those are big issues that are going to have to get resolved and we have to get it done this session.

After accepting $8.7 billion in tax breaks, Boeing recently announced it will move 2,000 jobs to Oklahoma City and St. Louis. What incentives should Washington offer to big businesses to keep them from moving jobs out of state?

Ormsby (D): You would have thought that that tax break would have been enough of an enticement. All I can say on that is that there has to be accountability when we issue these tax breaks. We have to make sure they're meeting the stated function they were created to take care of. I think there will be discussion this year about some accountability around the aerospace tax exemptions. ...We have to look at all tax exemptions to see if they're doing the job they were promised when they were put in place.

Here at the Inlander, we’ve written extensively about the cracks in our mental health system. Our stories have touched on the burden of mental illness on the criminal justice system, punitive conditions at Eastern State Hospital, psychiatric boarding, and the difficulty of getting care in rural areas. What specific steps would you support to improve mental health care in Washington?

Ormsby (D): I think we need to get back to that [Rep.] Tami Green legislation that provided for some of those outings [for insanity-defense patients at state psychiatric hospitals]. The legislation that’s current law even restricts supervised walks on the grounds at state hospitals. It’s very restrictive and not therapeutic. As with most of the folks that are in the corrections system, while they may be separated from society now, they will — 95 percent of the time — be reintegrated in society and if we don’t have a system for them to be reintegrated, we’re not doing them any good when they return to society.