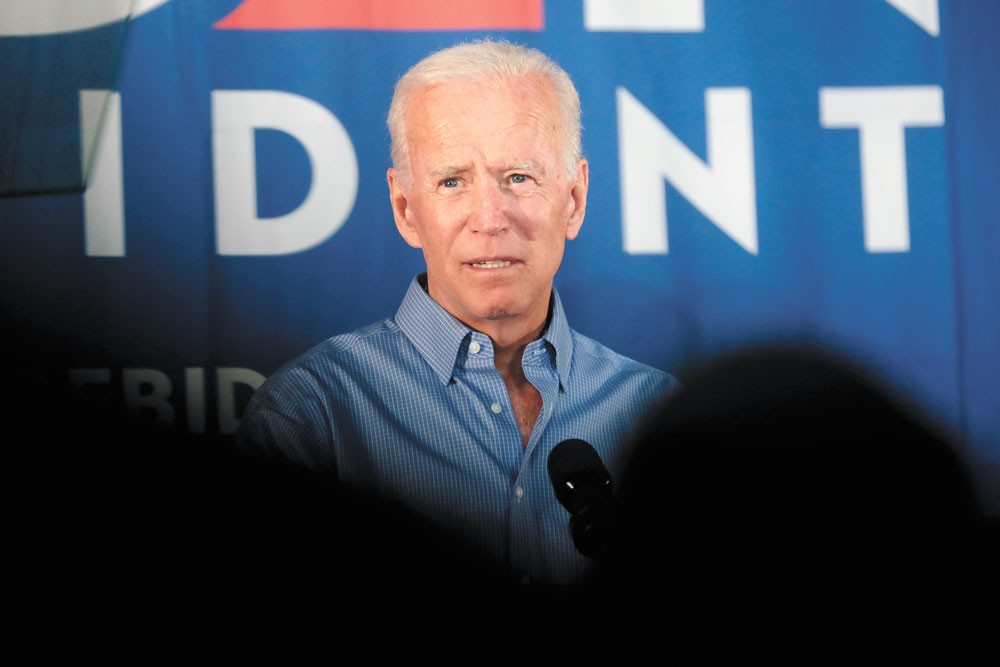 Remember 2016, when all the pundits and "experts" had Hillary Clinton beating Donald Trump easily? Then, razor-thin votes in three states won the election for a man who lost the popular vote by upwards of 3 million ballots — a man who then went on to disgrace the very office the Electoral College, in all its twisted logic, had bestowed on him. Now, three-and-a-half years later, he has destroyed, for now, the United States' leadership position in the world; he has failed disastrously to anticipate, let alone lead the country through the coronavirus plague; and he's turned lying into what comes with the morning mail.

Yes, as the Mueller Report shows, Russia did interfere with the election and will try and do it again. Hillary Clinton didn't pick up on any of this. At the same time, more respectable hackers such as Cambridge Analytica effectively controlled critical numbers of voters in key states. Nor did Clinton pick up on this.

And there was more: In all the debates, Trump would stalk behind her. Hillary said nothing. She states in her book What Happened that she knew what Trump was doing, and as she saw it she writes that she had two choices: A and B. A was to be above it all, to assume that by showing to be very professional and self-contained she would be seen in a good light. B was to turn and tell him to get his you-know-what back to where it belonged. She chose A, in retrospect a very bad choice.

Trump actually gave her several opportunities to pick "B," but throughout she stuck with A. That strategy left her armed with a knife at what was more like a gunfight.

Another mistake Clinton made was to believe the pollsters. She was a cinch to win, that's what they said. She heard this over and over again when she should have been alerted to the changing situation, she wasn't. Wisconsin, Michigan and Pennsylvania all needed her attention and — crucially — voted for Trump.

A harbinger of things to come?

Joe Biden needs to keep in mind that four years ago, Trump was almost as far behind Clinton in the polls as Trump is behind Biden today. And then there's the Electoral College.

My first piece of unsought advice (aside from dumping the Electoral College) is to suggest that Biden forget the polls that today show him up by double digits and instead figure out how not to duplicate Clinton's mistakes.

Hillary in so many ways was an impressive candidate. She was selected by President Obama to be Secretary of State, which required a Senate vote. She was confirmed by a bipartisan vote of 94-2! The message? Her peers, on both sides of the aisle, were impressed by her intellect and competence.

I met Hillary Clinton only one time. At the old Ridpath, she was here to campaign for her husband several years back. She came out on stage, was introduced and delivered from memory a very well-thought-out speech. No pauses, no corrections — she did it from memory.

Very impressive, but what followed was even better. Her staff wanted to hustle her out, no doubt to another gathering. But she wanted to meet the crowd, so she brushed aside her handlers and came down to the floor. She happened to walk in front of me, and I stretched out my hand and asked her a question. She paused again, looked me in the eye and provided a well-reasoned answer to my question; all along, I had her undivided attention.

Now as an old D.C. hand, I can tell you this isn't the Washington, D.C. way — trust me. You ask the question knowing full well the person asked is looking down the line for his next exchange. Hillary didn't do that. She gave me her undivided attention.

Then, along came Trump. He begins referring to her as "crooked Hillary." The very same senators who knew her and praised her work by a vote of 94-2 would all just go along with the "crooked Hillary" lie. If they didn't believe all this nonsense, they certainly kept it to themselves.

Could she have somehow stopped all this nonsense and won? Given the help Trump was getting from the Russians and other hackers, who knows? The thing is, she never really tried — never addressed these lies and frauds directly any more than she put a stop to Trump prowling the stage.

Biden needs to remember all this: It will be a gunfight, not a knife fight. Trump will denounce Joe for so many non-reasons. He will insult him. He will lie about him. We may not hear the words "crooked Joe," but who knows. To win, Joe will need to learn from Hillary's mistakes. ♦

Robert Herold has been writing in the Inlander about politics, both national and local, since 1994. A selection of his columns are collected in Robert's Rules (Inlander Books).