To restrict legal immigration, the Trump administration broadens the definition of who is a public burden 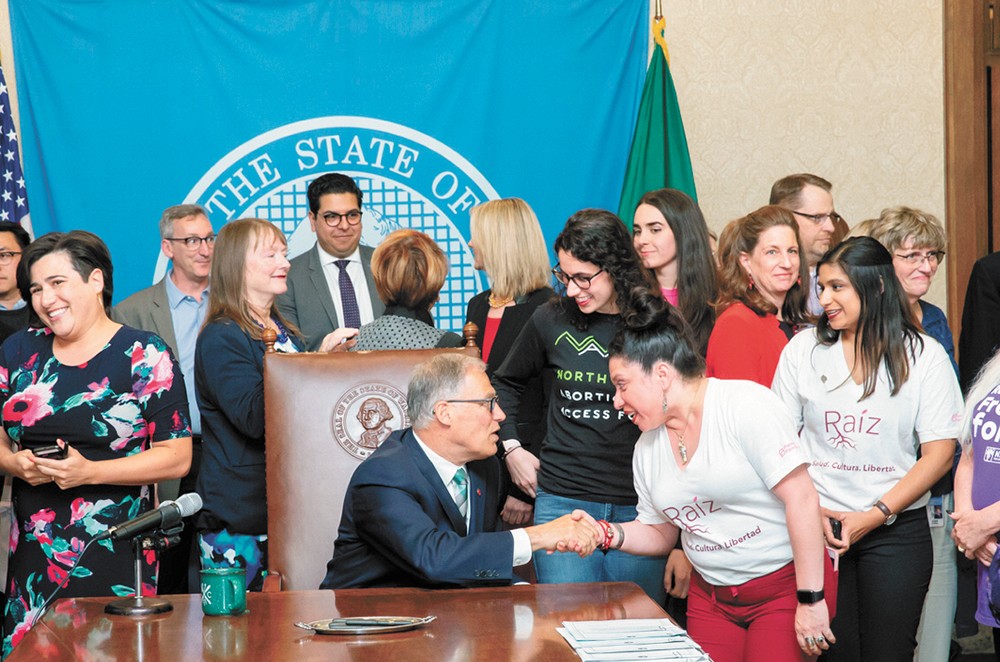 "Give me your tired, your poor, your huddled masses yearning to breathe free, the wretched refuse of your teeming shore. Send these, the homeless, tempest-tost to me."

So reads the most quoted excerpt of Emma Lazarus' famous poem inscribed at the base of the Statue of Liberty, a welcome symbol for many immigrants to the United States.

But with a new federal rule aimed at restricting legal immigration by poor people who might use public benefits like Medicaid or modern food stamps, the acting director of U.S. Citizenship and Immigration Services (USCIS) offered a revised take on the phrasing.

"Give me your tired, your poor who can stand on their own two feet and who will not become a public charge," acting USCIS Director Ken Cuccinelli told NPR in an interview last week.

He was expanding on the Trump administration's plans for enforcing a "public charge" test, which has been used for hundreds of years to deny or grant visas and permanent residency to legal immigrants based on their likelihood of becoming a burden on the government.

While the test historically took into consideration someone's status as a beggar or pauper, and their likelihood to be institutionalized or live in a poorhouse, the new public charge rule will broaden the list to include use of many public benefits meant to help working families.

States around the country worry hundreds of thousands of their residents could be impacted when applying for visa extensions or lawful permanent residency (a green card), and have sued to block the rule. The suit, filed by Washington State Attorney General Bob Ferguson and a dozen other states, makes it clear that the new rule could have significant economic and public health impacts as immigrants stop using benefits they're legally entitled to.

"The Trump administration's message is clear: If you're wealthy you're welcome, if you're poor, you're not," Ferguson said in announcing the lawsuit. "It forces families into an impossible choice — to sacrifice their dream of becoming Americans in order to provide health care, food or a roof over their children's heads, or let their families go without in order to remain in the country. This rule is un-American, anti-immigrant and unlawful."

The final rule doesn't take effect until Oct. 15, and the courts could delay its implementation, but immigrant rights organizations worry that in the meantime, immigrant families are already making decisions on which needs they should ignore.

The states' lawsuit notes that the public charge test has been used since colonial times to consider whether someone was likely to become a public burden before letting them into the country, with officials typically using the term "public charge" interchangeably with "pauper."

Over time, courts found that just because someone was likely to use public assistance didn't mean they'd necessarily become a public charge; that term, judges held, was meant for people who completely rely on the government.

In more recent times, it was clarified further that immigration officials could consider the use of public cash benefits like Temporary Assistance to Needy Families and Supplemental Social Security as negative indicators when judging applications.

But the new rule will also put a heavy negative weight on individuals' use of state-level cash benefits as well as noncash benefits like the Supplemental Nutrition Assistance Program (SNAP) and Medicaid, the federal health insurance option for low-income individuals. Officials also may weigh applicants' English proficiency, credit and assets and education level.

"Essentially it provides an image of who is desired or welcome in the U.S.," says Malou Chávez, deputy director of the Northwest Immigrant Rights Project, which provides free legal assistance to immigrants in Washington state. "If you're wealthy, most likely you will be approved. If you're not, chances are likely you're going to get denied or found to be a public charge."

The change does not impact humanitarian immigrants such as asylees, refugees and those who have come here to escape domestic violence.

Still, in Washington state alone, the state Medicaid agency expects that 140,000 families will lose health insurance and stop using up to $55 million in food and cash assistance each year, according to the lawsuit against the Department of Homeland Security.

"Many immigrant families will disenroll or forbear enrollment in all public benefit programs to avoid triggering the department's expansive and punitive public charge test," the suit states. "State and private hospitals will be forced to absorb the vastly more expensive uncompensated care, to the detriment of the state treasury."

Chávez says she's already hearing from immigrant advocates that people are foregoing use of food banks and any sort of assistance, even if it doesn't fall under the new rule.

"The intent is to create fear and deter people from wanting to pursue status, and we're seeing that," she says.

Indeed, the concern about public assistance' impact on immigration status isn't new, even for those who've already become naturalized citizens.

Lili Navarrete says she's been a naturalized citizen for 19 years now, after moving here from Mexico City in 1988 with her parents. But a few years ago when she needed help to feed her children and get them health care, she worried how it could impact her status.

"I worked three jobs and I also was attending school part time," Navarrete says. "I have a child with celiac disease and Turner syndrome and another with ADD, but at minimum wage with three jobs, I couldn't afford the health insurance one of the jobs offered."

So she signed up for SNAP and Medicaid, which could help cover the higher costs of her daughter's gluten-free diet and health care needs, but not without checking multiple times whether it could impact her citizenship. One state employee told her they weren't sure, another said it would be fine, but she never got a clear answer. That lack of clarity leads to fear for others like her, she explains.

"We just aren't sure. Naturalized citizens are now even being targeted, so I don't feel safe," Navarrete says. "My three children were born here, but just like what I went through, there are a lot of folks that are in that position. They either choose the welfare of their family or not."

Now the director of public affairs and the Raíz program for Planned Parenthood of Greater Washington and North Idaho, Navarrete no longer receives assistance, despite still being eligible based on her family size. Through Raíz she works to make connections between the immigrant community in Washington and Planned Parenthood's health services, offering sex education workshops, as well as voter registration and "know your rights" workshops.

In her outreach work, Navarrete says she's seen poor living conditions and a strong need for health care among many in the immigrant community here. She pushed for the successful passage this year of the Reproductive Health Access for All Act in the Washington State Legislature, which will ensure access to reproductive care for all immigrants regardless of status.

Now, she says, the fight continues as she and others try to be a voice for people who, like her family, moved here for a better life. They'll especially fight the attitudes of people like Cuccinelli, who went on to say in a later interview that he believed Lazarus' poem only referenced people from Europe, "where they had class-based societies."

"That just goes to show that they want privileged rich, white people," Navarrete says. "This is clearly keeping people unhealthy and it's a tool of oppression. We fight for a community that has no voice. We will be their voice and get them the benefits that they need. We are here to protect all." ♦