Melvins' Buzz Osborne doesn't care what you think, and he never did 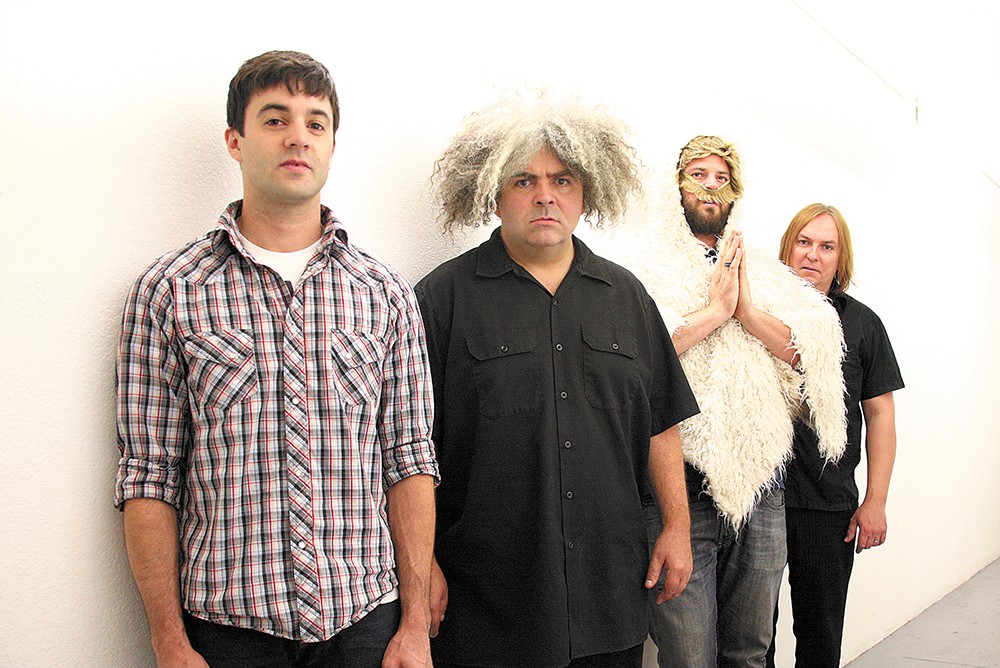 Buzz Osborne is the one with all the hair.

"Do you think I do anything to my hair?" he asks, talking from his home in Hollywood, California, last week. "I just want to look like a weirdo. I don't spend money to look this way. Most people would spend money to not look like this."

For 32 years, Osborne's fuzzy and frayed mad scientist-looking locks have been the most recognizable part of the Melvins, albeit he's one of two band mainstays. But all of that hair would mean nothing to the group if Osborne and his crew couldn't play worthwhile music. And they most certainly do, constantly experimenting with their metal/doom/sludge/grunge sound — songs with punkish titles like "Sweet Willy Rollbar," "Lizzy" and "Piss Pisstopherson" are all over the map — along with tirelessly touring and writing.

In 2012, the band even set records playing shows in every state, along with Washington, D.C., in 51 days. Last year, Osborne, promoting his solo record, came through the Hop! under his completely suitable nickname King Buzzo. Now, he's back with touring with the Melvins, and they're coming through the Bartlett next week for a sold-out show — "If you expect nothing from us, you'll be pleasantly surprised. But I can promise we'll show up."

Like his hair, Osborne's personality can sometimes come off as spiky and jagged. He often just can't deal with other people.

"There's a reason it's just two of us in the band with a bunch of rotating musicians," Osborne explains. Drummer Dale Crover (also briefly a drummer for Nirvana) is the only one who has stayed almost since the beginning, when the band was just a trio out of the sleepy western Washington logging town of Montesano. For this particular tour, musicians from Big Business help fill out Melvins' already loud, riotous sound on bass and another trap set — "more is more," Osborne says.

When it comes to looking back at his time spent in the Washington grunge scene and growing up friends with Kurt Cobain, Osborne has given up. He left that all behind. He's lived in California for 20 years. He enjoys playing golf and takes his wife out on dinner dates. He recently wrote a scathing review of the documentary Cobain: Montage of Heck for the Talkhouse website, calling 90 percent of the film utter bullshit. He says he would never have watched the movies on his own. But there are plenty of things Osborne hasn't given up on.

"I haven't given up on life, on my golf handicap, on keeping my music in print or trying not to kill myself," he says.

Then there's his giggle, quick and contagious. He loves to laugh almost as much as he employs sarcasm. There's even a YouTube compilation video of him laughing that claims it could cure cancer. "Maybe the laugh really does," he says. "We can't be sure."

Currently, his band has two albums in the can, and today he's headed to the studio to work on even more new material. He says he doesn't have an in-house studio, as many musicians would after so many decades in the business, because he doesn't allow loud music in the house.

He's a bit more open about the writing, saying the method has probably changed to some degree, but he can't remember how he used to write songs; it was too long ago. Now he just trusts the process. His stuff often falls into a doom-like, experimental quality, but is never boring even when slow in tempo. Osborne's grizzly vocals are too intriguing for that.

"There's really no easy way to write music," he says. "I always figure that something will happen."

Last month, the band reissued The Bulls & the Bees EP and Electroretard album together on one disc. Osborne wanted to reintroduce the music to new and old fans alike, especially after Electroretard had been out of print. And even though he says some people will inevitably bitch about it, he likes the way they sound together.