Does evidence support a procedure that may help some babies nurse more effectively? 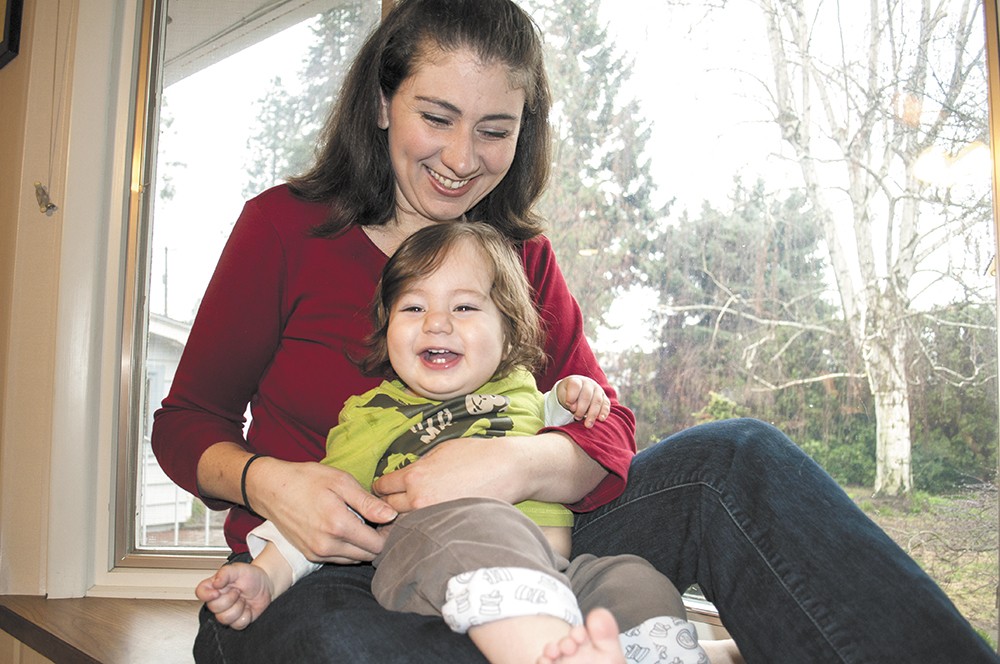 After breastfeeding her first son for two years,

Sara Walch never doubted she was going to breastfeed her newborn.

But she knew within hours of his birth something wasn't right. "No part of breastfeeding is supposed to be that excruciatingly painful," she says.

The Spokane mom visited a lactation specialist, who quickly identified that baby Sean had a congenital abnormality called ankyloglossia, or tongue-tie. The condition occurs when the piece of tissue connecting the tongue is unusually short, thick or tight, restricting tongue movement. The tissue, called the lingual frenulum, typically recedes as babies grow, but if it doesn't, feeding difficulties, dental problems, cosmetic concerns and more rarely, trouble with speech can occur.

A simple procedure called a frenulotomy, in which the tissue is cut, can correct the condition. But disagreements persist within and among health-care specialties regarding the significance of the condition, as well as how to diagnose and treat it, leaving some parents wondering: to clip, or not to clip?

"Unfortunately, when it comes to breastfeeding, we don't have double-blind, randomized controlled trials to guide our practice, and this could lead to disagreement in how to best diagnose and treat tongue-tie," Melissa Morgan, a Spokane-based International Board Certified Lactation Consultant, writes in an email.

Some tongue-ties appear severe, but may not require intervention if the baby is transferring milk well and breastfeeding is pain-free. In other cases, tongue-ties can threaten the ability to breastfeed. For the mom, symptoms may include nipple damage, recurrent plugged ducts or mastitis, and low milk supply, says Morgan. A baby's symptoms can include low weight gain, excessive gas and reflux. The baby might clamp down to compensate for a poor latch, have weak suction, or make a clicking sound as the suction breaks.

"You can't judge it just based on appearance alone. You have to look at the symptoms and the bigger picture of what's going on with the individual," says Morgan. "From a breastfeeding perspective, not all tongue-ties need to be released." Sometimes positioning changes are sufficient to achieve a deep enough latch to successfully breastfeed, Morgan says. "Many babies are able to nurse in the presence of restricted oral tissues just fine." But if other interventions aren't enough, release might be warranted, she says.

Nervous about her weeks-old son

undergoing a frenulotomy, Walch first tried other means: "I was trying to nurse him in all these crazy, crazy positions. I was like, I just can't do this. We ended up having it clipped and it was immediately better."

Now she wishes someone had checked for the condition sooner. "My big thing is, I wish ... a wider variety of practitioners would look for it," she says. "It just seems like it should be part of the first well-baby checkup."

But identifying exactly what constitutes a tongue-tie is surprisingly complicated. Various diagnostic criteria have been proposed but remain controversial, and as a result there's little consistency in their use, says Dr. Charles Bower, chair of the Section on Otolaryngology-Head & Neck Surgery of the American Academy of Pediatrics. As a result, estimates of the condition's prevalence vary widely.

"That's the classification problem we deal with," Bower says.

While ankyloglossia can resolve over time, there is soft evidence that frenulotomies can improve breastfeeding, he says, and the most compelling reason for frenulotomy is difficulty nursing infants with very short frenula. Speech and cosmetic reasons are also considered. Many moms report a clear improvement in feeding following the procedure.

The procedure to release a tongue-tie is simple. Legend has it that in the past, midwives would use a sharp fingernail to cut the frenulum of newborns. But today, doctors use scissors or a laser for the quick in-office procedure. A doctor might numb the area with anesthetic, and acetaminophen can be administered afterward. The release can cause some discomfort, and complications, though rare, can include bleeding, infection, reattachment, and damage to the salivary glands under the tongue, according to Bower. Although it's simpler for newborns, it can be performed later in life, but general anesthetic may be needed.

Bower emphasizes the importance of carefully selecting experienced providers, as other conditions can present similarly: "Sadly, we see kids who have no short frenulum but other problems — nasal obstruction, problems with the larynx — where they have lots of difficulty swallowing, and if the only thing somebody knows how to do is clip a frenulum, that's not going to help."

A diagnosis of a posterior tie can add to the confusion for parents and may lead to over-intervention, he says. The tongue might appear normal because the tip isn't anchored down, but is tethered further back. "I think that happens in some real cases," Bower says of posterior ties, adding, "I think those are probably rare."

Bower says while clipping tongue-ties can help with breastfeeding, "I always think there are opportunists who will capitalize on doing something interventional because it makes money. And so you've got this mixed breed of forces that are pushing in an area that scientifically is only moderately well-validated." ♦