Too Hot to Handle?

When should you treat a fever? 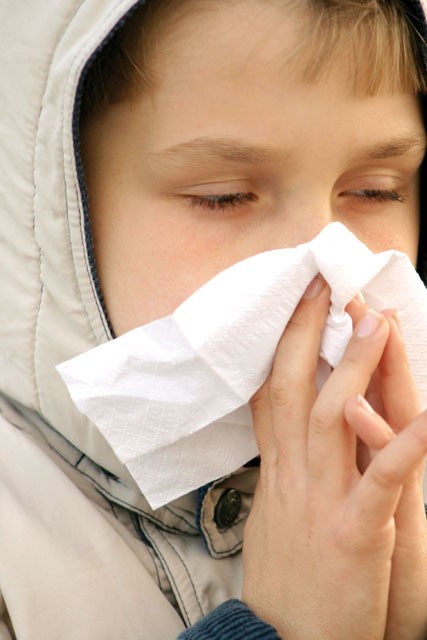 You may have heard of agoraphobia, or claustrophobia, but have you heard of fever phobia? I sure have. I would define it as the grave concern that any temperature greater than 99 degrees Fahrenheit heralds certain peril. Some parents have the belief that if a fever rises too high, bad things will happen: poaching of the brain, melting of teeth or something equally horrific. In actuality, any serious consequence of fever itself would require a sustained fever north of 106 degrees Fahrenheit.

In general, fever results from the stimulation of chemical receptors in the brain, leading to a systemic attempt to generate heat to warm the body. It is as though the brain has its thermostat reset, kicking on the heat throughout the house. These receptors in the brain are triggered by a number of different chemicals (pyrogens) that may be the result of numerous inflammatory processes — for example, in response to viral infection, bacterial infection, or following vaccination.

Rather than a fever being a problem in and of itself, a fever reflects an inflammatory response. Some experts say fever is actually adaptive, in that it may help stimulate the function of the immune system. Perhaps fever even slows down the replication of microorganisms causing an infection.

This leads to the age-old question: Is it better to let a fever run its course, or to simmer it down? As usual, the answer probably depends on the situation. Fever can increase the energy consumption of the host at a time when extra energy is needed to fight infection. If the febrile child just wants to lie in the corner and cook, instead of drinking or eating, then I think it is worthwhile to give them a proper dose of fever reducer such as acetaminophen or ibuprofen. Hopefully, if they perk up, they will be more comfortable and more likely to drink and eat, and parents can feel better about alleviating the suffering of their little ones.

However, a recent study published in The Lancet raises an interesting question about the relative benefit of giving fever reducers at the time of vaccination in children. The study set out to see if children given a dose of paracetamol (a European cousin of acetaminophen) at the time of vaccination, and two doses every six hours after vaccination, resulted in less fever. Indeed, the 200 children that received the medicine had fewer cases of low-grade fever than the comparison group.

In analyzing their data, the investigators noted that those who received paracetamol also had a less robust response to vaccination — resulting in fewer antibodies, which are the pay-off of vaccination. This finding alone does not mean that the antibody response was not adequate to protect the individuals from the diseases for which they were vaccinated. But more research will be needed to determine if there is an actual detrimental consequence of giving fever reducers at the time of vaccination.

The findings of this small study do raise an interesting question about whether the benefit of giving a fever reducer such as acetaminophen or ibuprofen outweighs the risk of potentially compromising the effectiveness of a vaccine. For now, it certainly seems reasonable to see how kids do on their own and to hold off on giving acetaminophen or ibuprofen during or after vaccination. We can expect some low-grade fever (less than 102) and mild discomfort at the site of injection for a day or two. If a little one is truly miserable, I think it is reasonable to give them a proper dose of one of these agents and call your pediatrician to see if there other things that might be helpful.

Matt Thompson is a pediatrician at the Kids Clinic in Spokane.

If you decide to use a fever reducer, you may wonder which option is the best. First of all, aspirin should never be used in children. It does not play nicely with viruses in children.

The other two options are acetaminophen and ibuprofen. Think of the fever centers in the brain as circuit breakers in an electrical box. Acetaminophen seems to just throw a few specific switches isolated to the brain. Ibuprofen also throws those switches, but in addition throws fever, pain and inflammation switches elsewhere in the body — more like throwing a main breaker switch. For this reason, ibuprofen can have more widespread effects. Ibuprofen also affects chemical mediators that are involved in regulating blood flow to the kidneys, as well as those that keep the stomach well lubricated.

Alternating ibuprofen and acetaminophen does not work any better than picking one and sticking with it, but it does increase the risk of overdose — so avoid that.

If your child is miserable, ibuprofen can be worthwhile to use, as long as the child is more than six months old. Be sure to give the medicine with some milk or crackers. Because of the potential of reduced blood flow to the kidneys when using ibuprofen, it is important to be cautious if the child may be dehydrated. If the child has diarrhea or vomiting, acetaminophen is a safer choice.