Where Kanye, Nick Cave, the National and the Black Keys landed on our charts


Matt Pike and Nick Cave were gunning for the top spot on my list. What to choose: battleax-toting frost beasts or inbred prostitutes taking clients in double-wides? Hmm. Cave pins Pike. Why? Warren Ellis. Where he sits in the background with the Bad Seeds, Ellis is Cave’s secret weapon in Grinderman. And on 2, they string together a psychotic, pilled-up pop sound. It is beautiful and tragic, witty and cynical. Where Cave is a genius with his pen, Ellis is prolific on his electric bouzouki and epileptic violin. Together they make music that could break souls and wage wars.


The nine tracks that make up Swim seem more like a collection of audio dreamscapes than an album. Caribou blends smooth layers of electronic melody over a dissonant array of percussion, creating a flow that can be both danceable and soothing. Put on a pair of headphones and prepare to be dazzled as the sounds swirl by. No need to your dip your toes into the musical waters of Swim — dive in headfirst. The water’s fine. 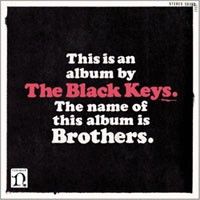 
Time off is a good thing. The Black Keys’ 2004 album, Attack & Release, was a bit tired and lackluster compared to the group’s previous slew. Their 2010 release, Brothers, is the perfect blend of (quasi-) reinvention and nostalgia for this bluesy rock duo. Lovesick melodies about wayward women and wanton desire get dragged across rock-and-roll guitar jaunts. Vocals are jagged and twangy, blending just the right amount of playful energy with sustained melancholy. It’s sexy. Period.


With stunning moments of beautiful brilliance and some world-weary lamenting, LaMontagne’s newest record gets right up close and personal with the listener. This isn’t a record to from which to snag songs for an iPod playlist: It’s meant to be listened to as a whole, where it can be as satisfying as your favorite old book.


It’s hard to say what’s more important to the National: Matt Berninger’s heavy baritone or his personal demons. The latter provides all the fodder for his arresting, poetic lyrics, while the former delivers them in unmistakable, solemn tones. On High Violet, the band conjures the perfect backdrop in mile-deep layers of sweeping orchestration and a frame-by-frame attention to every musical subtlety, resulting in an album teeming with a rare kind of complicated beauty.


Ariel Pink’s Before Today is a vision of a world where long-forgotten ‘70s AM pop ditties roam among layers of crackling haze and sparkling melodies. Pink’s aurally frustrating recording techniques — seen by many as the demise of his possible success — are the source of much of his indelible charm. His shameless love of soft pop and his abrasive low-fidelity recording style makes Today both clever, fresh and a classic of its time.