Sure, Roger Federer is good — but he hasn’t met my thumbstick skills. 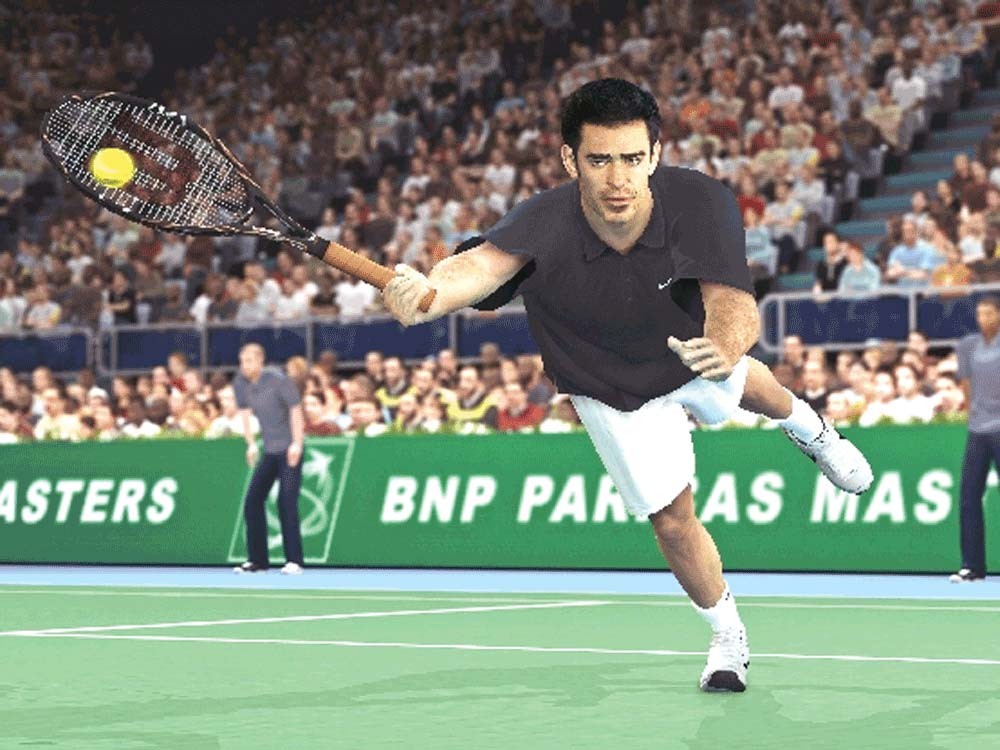 I don’t need no motion-sensitive, 3D TV to be me — a 6-foot-2 redneck tennis star, complete with handlebar mustache, scruffy mullet, sinewy muscles and serious fans.

I decided to get the plain old ordinary Xbox 360 version of Top Spin 4 so that I could see what kind of game it was without any of those half-baked bells and whistles. Yeah, the PlayStation 3 Move’s version of “Table Tennis” was outstanding. And Kinect Sports kept me occupied for a while. But I wanted to play Top Spin 4 the old-fashioned way — with a controller in my hands and my butt in a chair. Plus, the game store was out of the PS3 version anyway.

What’s up with all these eggheads saying that the good old video-game controller is dead? They claim it’s too complicated, outdated.

Yeah, maybe if I wanted to play Romper Room Motion-Controlled Memory Math Sing-Along! I guess the ordinary controller is too sophisticated for that. But for good ol’ tennis, it works just fine.

Give me a couple of thumbsticks, a pair of triggers and a bunch of buttons, and I’ll show you how I can move my all-American ass around the court. I can haul myself from one corner to another without getting so much as winded. Other players might prefer to perfect their powerful serves or volley skills. I’ll keep my stats strong in stamina and speed.

With enough character-building (and some quiet help from a coach or two), I can give myself the agility I need to impress my fans all around the world. Because whether I’m playing in a northern European, modernist sports complex, or in an outdoor clay court in Senegal, there’s always a good-looking crowd around.

And thanks to the classic controller, I can target any angle of the court with controlled shots and make those other players work up a sweat while they run all over the place. I’ll just stay here on my end of the court, looking awesome in my Sgt. Pepper pants and tank top, sending the balls wherever I want. Who knew that little old me could pong a pixel so many ways?

THE GOOD: Of all the current iterations of Pong that I played this year for my “Pong-Off!” competition, none is more nuanced and intuitive than Top Spin 4. The additions of motion-sensitivity (for the PlayStation Move) and 3D TV compatibility may give players more to goof around with, but the basic game is an example of tight, compelling, classic gaming in an age of sloppy novelty.

THE BAD: Instead of a geeky role-playing system like D&D, or an automatic role-playing system like Oblivion, Top Spin 4 offers players vague, general concepts for building a personal avatar. Instead of allowing players to fine-tune and micromanage their characters, they are held at arm’s length, only being permitted to guide their avatars along basic principles instead of building them from scratch.

THE BOTTOM LINE: Top Spin 4 takes Pong to the extreme.