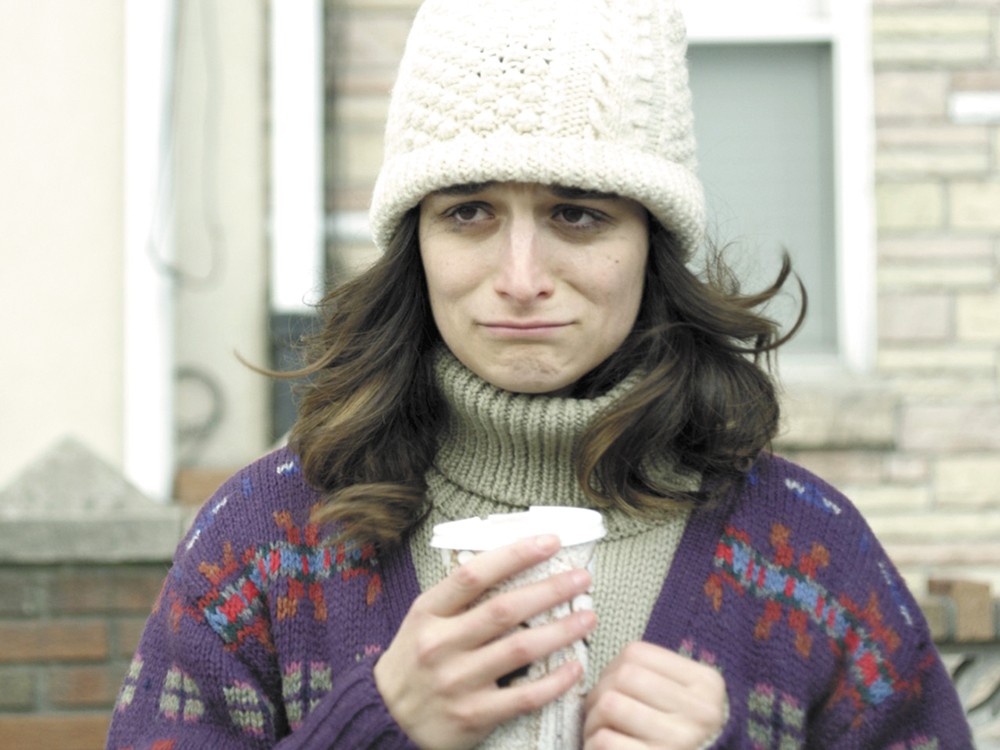 SNL didn't work out for Jenny Slate, but she nailed her first leading role.

At the start of the film, a struggling Brooklyn stand-up comic named Donna (Jenny Slate) takes the stage to deliver a mighty riff on vaginal discharge. Now, 50 percent of the population already knows plenty about vaginal discharge, but most movies politely avert their gaze from these not-so-dainty truths and instead scan the horizon for a more user-friendly penis joke. (You can find that next door at a 22 Jump Street screening.)

Donna's crude comedy — punched up by Slate's vox-box-vrooming between a high-pitched, Muppety squeak and a low, whiskeyed growl — is a calculated move on the part of writer/director Gillian Robespierre. Call it a statement of purpose, and possibly a dare.

Soon after we meet her, Donna gets dumped. She gets sad and sloppy drunk, then sleeps with a stranger. She gets pregnant. She decides to get an abortion. These are plot points (nothing the trailer doesn't already give away), but in between these points is the messy, funny, peripatetic business of waking up and going to work and having dinner with friends or parents, even when there's a Planned Parenthood appointment circled on the calendar.

Emotionally troubled but constitutionally tough, Donna keeps going about her days — what else is she going to do? — and the audience is lucky that those days include regular drop-ins by her plain-spoken best friend, Nellie. (Memo to moviemakers: Please just put Gaby Hoffmann in everything. She's divine.) There's also a sort-of love interest, a wholesome, pressed-khakis type (Jake Lacy). He looks like that guy who was in that thing that one time — generic — and the script is smart not to pin too many hopes on him. In any case, it isn't his story, it's Donna's, and Slate is so dynamic, so 100-proof potent, that it's easy to be entirely smitten with her. The love interest, a watered-down well drink, is superfluous.

Obvious Child takes the same shape as its elfin lead actress; it's just a slip of a thing, and it slips easily into different guises, from coarsely funny to gloaming-gloomy. It's an indie film about abortion that comes snuggled in the broad strokes of a quirky relationship comedy. A grump might wonder when indie films got so soft, but I'm more intrigued by the inverse: Why aren't more studio films this clever and winning and conversant in the same language as their audience? Acknowledging half of the population shouldn't seem so daring. ♦

Obvious Child is not showing in any theaters in the area.