If Trump gets into a trade war with China, Washington state workers may suffer the most 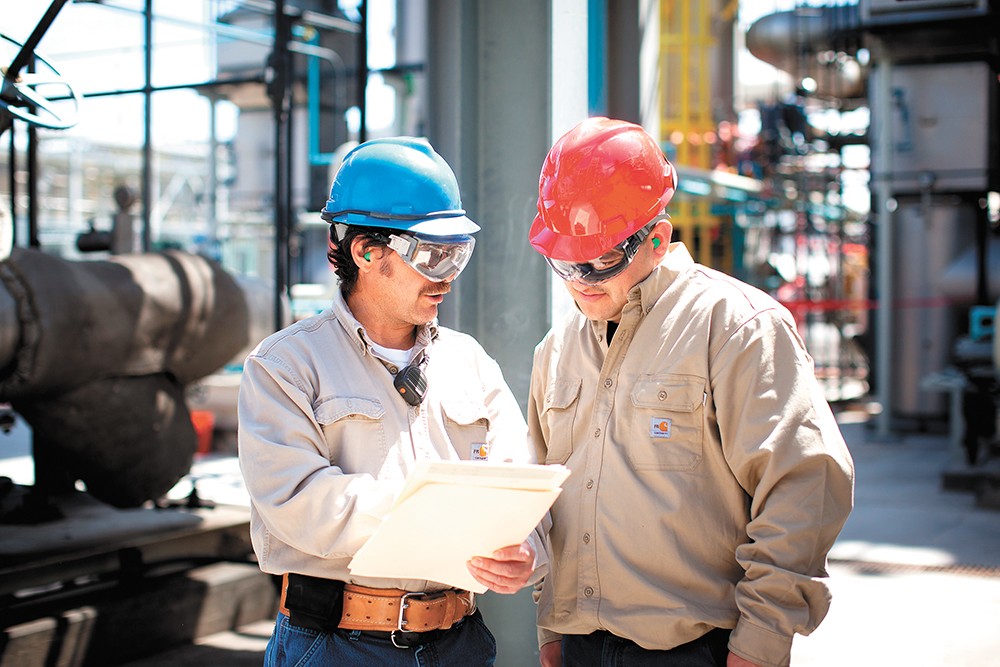 REC Silicon photo
A trade squabble with China cost 70 workers their jobs at the REC Silicon facility in Moses Lake.

Until a trade war, China used to be REC Silicon's best customer.

The facility lighting up the city of Moses Lake, producing polysilicon made into solar panels, exported 80 percent of its product to China.

Then, starting in 2011, the company was caught in the middle of a years-long trade dispute. The end result was a 57 percent tariff on U.S. exports of polysilicon used in solar cells. All of those exports that used to go to China stopped, says Francine Sullivan, the company's vice president of business development.

The plant had to temporarily shut down its Moses Lake operations. By November 2016, REC Silicon announced that the trade war would cost 70 employees their good-paying jobs.

"If we can have those tariffs resolved, those jobs will be back," she says.

But for Washington businesses depending on trade with China, the future under President Donald Trump is uncertain. China is Washington's largest trade partner, with more than 22 percent of Washington goods destined for China, and 21 percent of the state's imports coming from China in 2015, according to the World Institute for Strategic Economic Research. Roughly one in three Washington jobs are tied to trade, says the Washington State Department of Commerce.

So when Trump talks about getting tough on China to cut the U.S. trade deficit and bring jobs back to America, many Washington state business owners get nervous. They fear that Chinese retaliation could begin a more widespread trade war, causing profits to dwindle and jobs to be lost — what happened to REC Silicon.

"I think there's more difficulty on the horizon than there is a possibility for good news for the state of Washington," says Robert Hamilton, Gov. Jay Inslee's advisor for trade policy.

The first sign of trouble for REC Silicon came in 2011.

An Oregon solar panel maker, SolarWorld Industries, led a coalition that accused China of "dumping" solar panels in the United States for less than it cost to manufacture and ship them.

The U.S. imposed tariffs on China, but China responded in 2013 by placing tariffs on polysilicon made in the U.S. That meant if Chinese producers wanted to buy from REC Silicon, they would have had to pay a 57 percent import duty.

That caused REC Silicon to shut down its 400-employee Moses Lake facility for four months, starting in February 2016.

Inslee pushed for a resolution.

"I and my administration have been engaging with the highest levels in both [the U.S. and Chinese] governments, and directly with the industries involved, to try to help bring them together," Inslee said.

Sullivan, who advocates to the federal government on behalf of REC Silicon, says the Obama administration tried to resolve the issue, but "unfortunately we haven't gotten there yet."

REC Silicon pursued other markets for solar panels, before ultimately cutting the 70 Moses Lake employees late last year. Hopefully, Sullivan says, Trump will share concern about the lost jobs and his administration can reach a solution.

"There seems to be no sign of a resolution," he says. "And if things get worse in terms of the relationship with China, it's unlikely we would see that situation improve."

What happened to REC Silicon is only a taste

of the potential consequences should Trump follow through on his campaign promises to impose further tariffs on China and, even more drastically, declare China a currency manipulator, Hamilton says.

China has, in the past, manipulated the value of the yuan downward, making American exports to China more expensive and China's imports cheaper. But that has not been the case recently. Instead, it's gone in the other direction.

And China has already hinted at retaliation that could have a significant impact on Washington state. The Global Times newspaper, published by China's ruling Communist Party's People's Daily, wrote that China will take a "tit-for-tat approach" if tariffs are imposed, including that "a batch of Boeing orders" will be "replaced by Airbus."

Local businesses say any kind of trade war with China would impact them negatively.

"It's got me nervous, yeah," says Mike Gilmartin, co-owner of Spokane-based Commercial Creamery, which makes cheese powders that are exported to Asia. Any tariffs or sanctions against China would inevitably cause the Chinese to fire back and hurt a major American industry, Gilmartin says.

Mike Senske, president and CEO of Spokane-based Pearson Packaging, says he doesn't see any barriers to trade as a good thing for his business. Pearson Packaging produces packaging equipment, exported globally. Senske says Pearson Packaging may not be impacted by a trade war with China the same way as REC Silicon was, but it would still impact the bottom line. He estimates that exports to China represent about 10 percent of his business.

"Any rhetoric or saber-rattling that leads down that path does concern us," Senske says.

Pete Johnstone, owner of pea, lentil and garbanzo bean producer Spokane Seed, says that a trade war would impact his business, even though he currently doesn't do too much business directly with China. His goal, however, is to have Chinese customers become a better partner in the future.

"China, specifically, is kind of a market that you can't ignore," Johnstone says.

To improve trade relations, the Washington Council on International Trade says the government needs to make sure it's "just as easy for U.S. businesses to succeed in China as it is for Chinese businesses to do business here." The council suggests enforcement of current trade policies, as well as protecting the U.S. from theft of its companies' intellectual property.

But Hamilton warns that the enforcement policies Trump has proposed could have a significant negative impact on the Washington economy.