Ancient and versatile matcha green tea moves into the modern world, and into items at many Inland Northwest food and drink spots 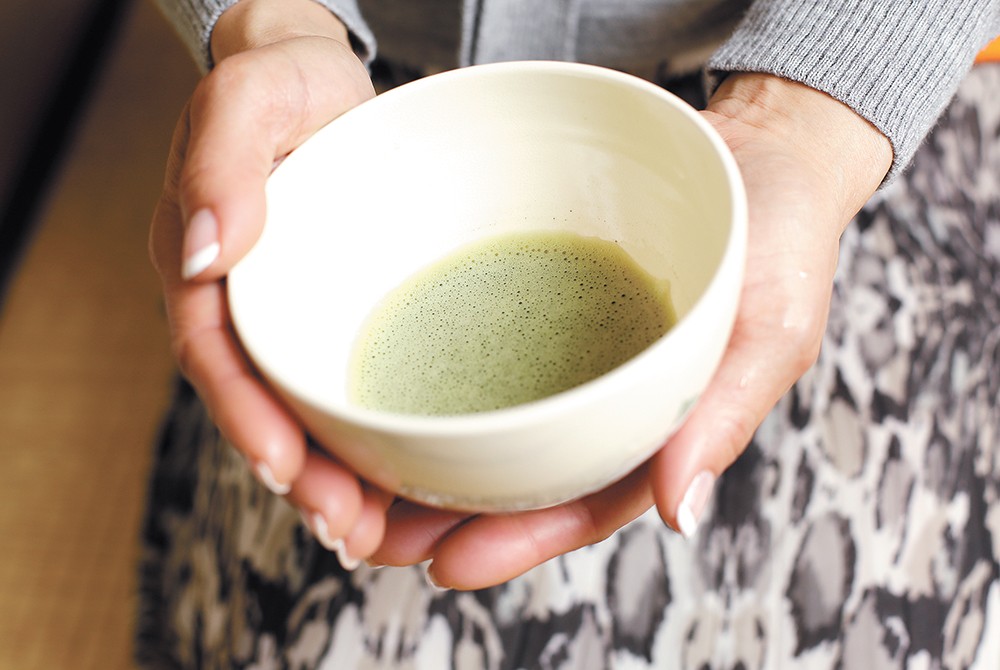 Young Kwak
Antioxidant-rich matcha tea can be added to a broad range of recipes.

It's been part of Eastern culture for centuries, yet modern palates are only now catching on to matcha tea.

Although it peps you up like a stout cuppa joe, matcha's caffeine profile is different. More important, it's full of antioxidants and other nutrients linked to fighting cancer, diabetes and even high cholesterol.

With its telltale Kermit-green hue and slightly grassy flavor, matcha tea makes for potent hot or cold tea drinks; it often shows up in smoothies, and can be incorporated into frozen foods, baked goods, and in unusual cooking techniques.

Matcha tea is steeped in history and ritual, in both its cultivation and consumption. Throughout dynastic times, the Chinese compressed tea leaves into bricks, which they'd grind into a fine powder and mix with liquid. The Japanese imported both the foundations of drinking green tea and Zen Buddhism from China in the 12th century. Called maccha or matcha, these specially cultivated green tea leaves are shaded from the sun through their later growth cycle, which helps alter and enhance the plant's beneficial chemical properties.

Matcha is essential to the Japanese tea ceremony chanoyu or the "Way of Tea," which Hiroko Hill has performed for the past 10 years at Mukogawa Fort Wright Institute in West Spokane.

"In tea ceremony, we have a goal," she says. "Enjoy this moment; it will not come again."

A tea master, Hill instructs others in the mindfulness and etiquette of tea: its preparation, presentation, and how it ought to be appreciated by guests. Tea ceremony instructions on the website for the Institute's Japanese Cultural Center say that "when a bowl of tea is served, raise the tea bowl slightly before drinking to give thanks to the host," then sip it several times. It's also OK to slurp gently to indicate that the beverage is good.

Coeur d'Alene's Gaiwan Tea House takes these matcha traditions seriously, using pure powder and slowly mixing it into the liquid with a bamboo whisk, says Snezana "Snowy" Kaufmann, who founded the teahouse with her husband Matt.

The tea house's hot matcha drinks include straight matcha tea, along with matcha blended with chai; added to sweetened milk for a kind of latte; and served "bullet proof" style, with butter, coconut oil and honey. Iced matcha drinks at Gaiwan include a mint lemonade and boba tea. 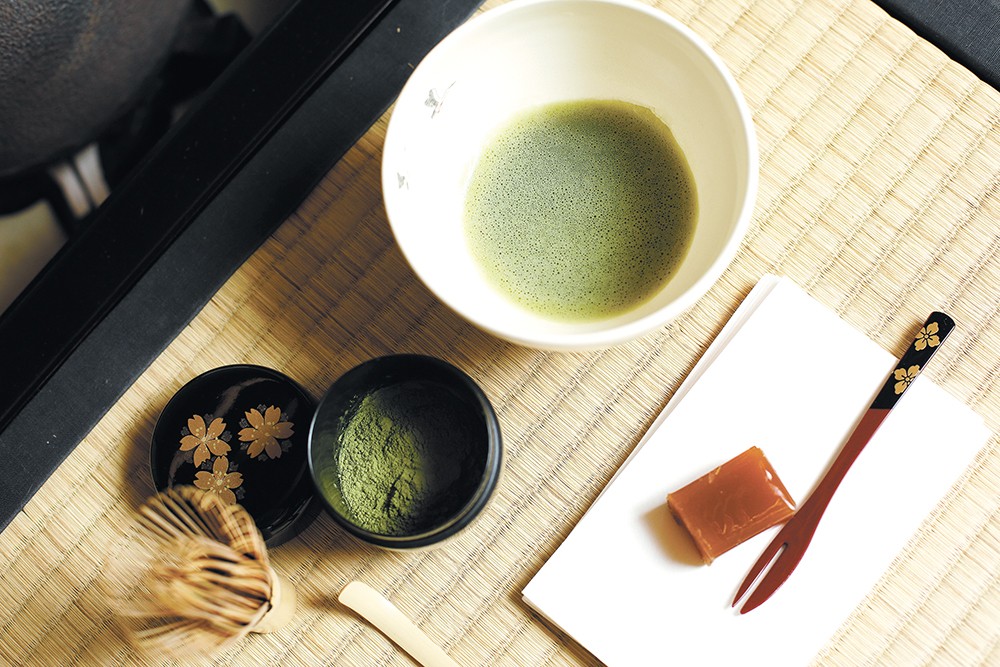 Matcha, a popular nutrient booster, is showing up in more than just traditional drinks.

While steeped tea is high in antioxidants, matcha is higher, because it includes the whole leaf. One study estimates that matcha has 15 times the antioxidants of blueberries or pomegranates. Its leaves also contain vitamin C, chlorophyll and fiber. Though high in caffeine, some studies show the that jittery effect of caffeine in matcha is mitigated by specific amino acids, which relax you without making you sleepy.

In Sandpoint, Understory Coffee & Tea owners Evan Metz and Johnelle Fifer each offer their own take on matcha. Metz's "Young Grasshopper" includes peppermint, chocolate and milk of your choice, while Fifer's "Matcha Elixir" adds ginger, turmeric and vanilla to coconut milk, with black pepper to help the body absorb the turmeric.

Going from matcha-infused smoothies to ice cream isn't much of a leap. In Spokane, find matcha ice cream at Brain Freeze Creamery, with locations on the South Hill and in Kendall Yards; in North Idaho, at Abi's Ice Cream in Coeur d'Alene and Freezia in Post Falls. Sweetness is a natural counterbalance to matcha's somewhat bitter flavor. Mukogawa's tea expert Hill says she always serves some kind of confection during her Japanese tea ceremonies as part of the cultural ritual, with sweets varying by the season.

A fondness for Japanese culture led Twenty-Seventh Heaven bakery owner Lydia Cowles to include matcha in her cupcake offerings found on the South Hill.

"All of my cupcakes start from a vanilla cupcake batter, then I add the flavors to that, so the vanilla offsets that standard grassy flavor to a sweeter one," Cowles explains.

Cowles isn't the only regional food purveyor experimenting with matcha. Artisan baker Shaun Thompson Duffy of Culture Breads has been collaborating with Bellwether Brewing's Thomas Croskrey on incorporating matcha into their respective products. Croskrey says he enjoys brewing beer with various teas and tea-like herbs like yerba mate, black tea, jasmine flower and chai, adding that matcha is on his radar.

Known for pushing the envelope with ingredients and techniques, local Chef Adam Hegsted says that when he ran the former pop-up restaurant experience known as the Wandering Table (now the name of his Northwest-centric eatery in Kendall Yards), he used matcha as a dry rub for duck and the whole leaves to smoke the meat, echoing an ancient Chinese cooking method.

Another factor in matcha's growing popularity is the willingness of tea vendors to promote it. The new downtown Spokane tea shop Urban Nirvana recently held a "matcha meetup," and regularly hosts Matcha Mondays, when its staff demonstrates how to prepare it.

"Tea is about experiences and that is the opportunity we give those who want to experience everything tea has to offer," says Urban Nirvana co-owner Savannah Breeden. "It brings people together in such a beautiful way, just as much today as it has for centuries." ♦