Whitworth basketball is the best in the nation. At its heart? A love story. 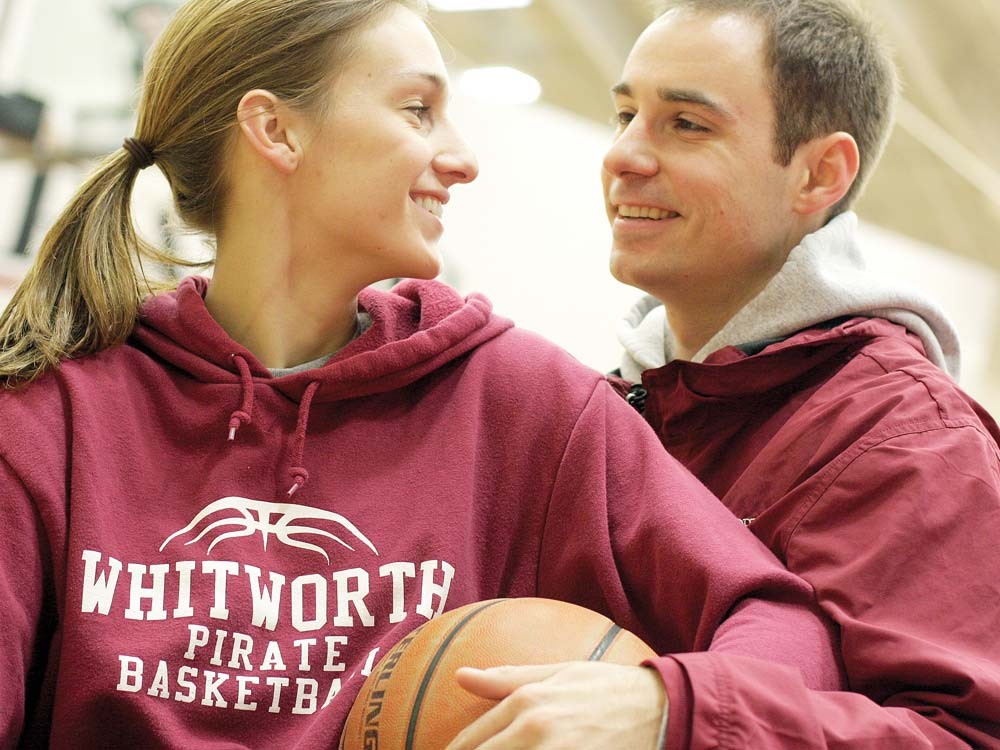 Young Kwak
The Taylors at home on the court.

If only Spike Lee had waited 10 years and met the Taylors. In 2000, the director produced Love & Basketball, a movie about two neighbors who fall in love and wind up playing on the men’s and women’s basketball teams at the University of Southern California.

But the Whitworth Pirates could have provided him with two real college basketball players who really were neighbors and who really do love one another.

Michael and Taylor Taylor (yes, that’s the name she agreed to take in marriage, so you know she loves the guy) are a team within the basketball teams of Whitworth University. The Brewster, Wash., natives, who started dating in high school and married last summer, each start on their respective teams.

Both have game. Taylor came into this week ranking second on the women’s team in scoring and first in rebounds, steals and blocked shots. And Michael is not only Whitworth’s leading scorer, he’s an NCAA Division III All-America candidate on the undefeated, top-ranked Pirates — the first NCAA basketball team from Washington ever ranked No. 1 in the country.

Take your pick on which is more amazing: a) that a tiny private school in Spokane is ranked first in the nation; b) that Taylor Taylor is named Taylor Taylor; or c) that Michael gave up a full-ride Division I basketball scholarship as a senior to spend $16,000 — after financial aid (OK, it’s his parents’ money) — to play at Whitworth, where athletic scholarships do not exist, per Division III rules.

“We’ve always been really good friends. This year, we’re like best friends. We just do everything together. It’s been such a change,” Taylor says, reflecting on their once long-distance relationship and the new joys of marriage and cohabitation. “You go from like the worst situation — not the worst situation — but …” “Difficult,” Michael injects. “A difficult situation,” Taylor agrees. “That’s good.

Then to come into this, it’s awesome.”

Michael says it was “very tough” living apart from Taylor during his first few years of college (he had to sit out a year at Montana to satisfy NCAA transfer rules after earning Big Sky Conference Freshman of the Year honors at Eastern Washington in 2006-07).

Marrying Taylor, however, was not the sole reason Michael came to Whitworth.

Michael says he welcomed the chance to play for an established, small-college powerhouse — and to join his cousins, Wade and Clay Gebbers, who are also his former Brewster High teammates. The three start together in the Whitworth backcourt.

He also relished the prospect of playing a more prominent role, he says, after two years as a reserve at Montana. (He started at Eastern but grew unhappy with the program’s direction.)

As an added bonus, Michael plans to pitch on Whitworth’s baseball team this spring. He says he likes the idea of playing pro basketball in Europe, but he hasn’t ruled out pro baseball entirely. He can only hope to earn as much name recognition as his wife, who has been hearing cracks about her married name (Taylor Squared, Double Taylor, etc.) since they began dating.

Anyone who spends a few minutes with Taylor can readily see that she can handle any wisecracks directed her way. Just listen to this conversation with her husband about their home life:

Michael: “Yeah, 99 percent of the cleaning.” Taylor: “His job is to clean the toilets and take the garbage out.”

Michael: “Hey, I vacuumed a couple times.” Taylor: “He did vacuum that one time.” And so on and so on. Geez, they already sound like an old married couple.

The Northwest Conference men’s basketball tournament will be held March 24 and 26 at the Whitworth Fieldhouse. The top-seeded Pirates play at 7 pm the first night and, should they win, in the championship game at 7 pm Saturday the 26th. Tickets cost $10 for adults, $5 for children and seniors. Children 5 and under are free. Purchase tickets at the door or at www.ticketswest.com. KSBN 1230 broadcasts all Whitworth games.