April and The Extraordinary World is a gorgeously animated alternative history 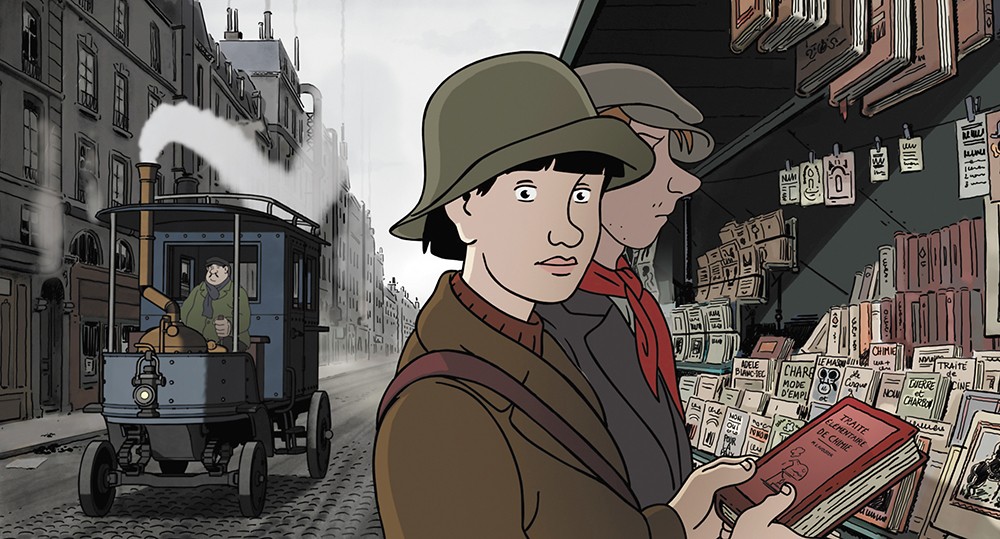 April and the Extraordinary World is full of science and wonder.

Absolutely one of the most imaginative and altogether wonderful

animated films I've had the pleasure to watch, this French import (presented in Spokane dubbed with English, rather than subtitled) imagines an alternate reality in which electricity was never discovered and the world continued to rely on coal, and then charcoal, to provide steam-based energy. Imagine: Paris to Berlin in only 83 hours!

Of course, France and the U.S. are at war over Canada's huge swaths of still-forested land, while the rest of the world — Paris, mostly, where the film is set — is covered in soot and suffering from a collective case of black lung. (See? I told you steampunk wasn't a good idea.)

Thanks to a rip-roaringly excellent story and the film's utterly beautiful traditional (non-CGI, that is) animation, both tree-huggers and climate change deniers should, for once, unite in being swept up into this fantastical, utterly mesmerizing tale.

After a concise prologue that sets the time frame and story in motion, we're introduced to plucky young April (Marion Cotillard), the daughter of a pair of scientists who, along with Einstein, Fermi, Volta, Galvani, Faraday, and last but never least, Tesla, have been kidnapped by forces unknown, thus depriving the planet of a much-needed source of non-carbonized power.

Along with her talking cat, Darwin, April ends up headquartered in the hollow steel head of the gigantic statue of Napoleon that looms over Paris, flanked by not one, but two Eiffel Towers. Adventure awaits, of course, but there's also plenty of room in this wonderfully written and extremely intelligent animated film to comment on love, loss, rampant militarism, and, zut alors!, giant talking lizards. Francophobes be warned: You miss out on this and you miss out on something entirely, amazingly original and jaw-droppingly entertaining. C'est magnifique! ♦

April and the Extraordinary World is not showing in any theaters in the area.