NEWS: Washington could create a dedicated fund to prevent and fight wildfires if lawmakers approve legislation introduced Thursday by the state Department of Natural Resources and Senate Democrats. 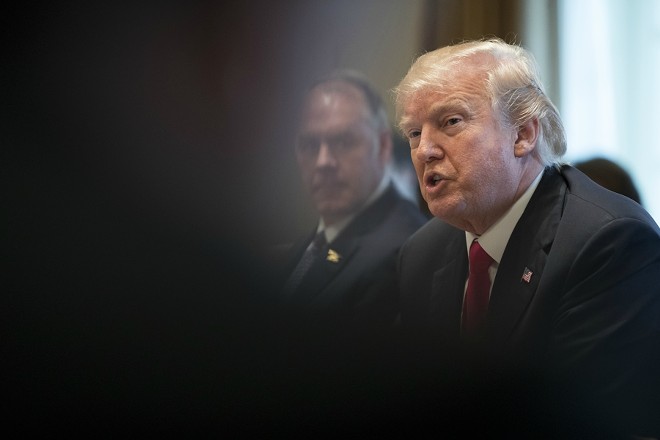 Tom Brenner/The New York Times
President Donald Trump meets with members of his Cabinet, in the Cabinet Room of the White House in Washington, Jan. 10, 2018.

NEWS: More than $1.3 million was allegedly stolen by a former employee from the Spokane County Risk Management Department over the last decade, according to a state auditor's report.

'Seattle is Dying' homelessness report echoes to Spokane
Both negative and positive reviews of KOMO's recent "Seattle is Dying" hour-long special have made their way into the public discourse this week, with mayoral candidates, politicians and public figures weighing in on their thoughts about the piece, which largely blamed drug addiction for the city's issues, the Spokesman-Review reports.

Midwest underwater as levees fail
If you haven't heard yet, the Midwest is literally underwater right now, and the numerable levee breaches are bringing the question of "How should rivers be controlled?" to a head, the New York Times reports.

Lost letters to future selves
After a former Seattle high school teacher passed away, her relatives found letters she'd asked students to write their future selves, which she meant to send to them after a few years. Decades later, the family is trying to unite them with their rightful owners, the Seattle Times reports.