Trump calls off plan to impose tariffs on Mexico 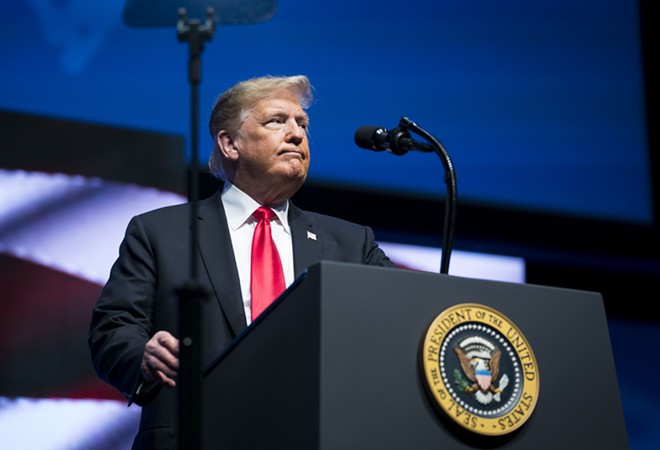 WASHINGTON — President Donald Trump called off his plan to impose tariffs on all Mexican goods on Friday night and announced on Twitter that the United States had reached an agreement with Mexico to reduce the flow of migrants to the southwestern border.

Trump made the announcement only hours after returning from Europe and following several days of intense and sometimes difficult negotiations between officials from the two countries in Washington.

The president’s threat that he would levy the potentially crippling tariffs on Mexico grew out of his deepening frustration with the surge of migrants that have been arriving at the border, many of them families with children from Central America who are fleeing violence and economic distress in their home countries.

Trump views the increase in immigration as a direct assault on his political brand and the promises that he made while running for president. He vowed to build a wall across the border and eliminate illegal immigration — two promises that he has largely failed to deliver.

“The Tariffs scheduled to be implemented by the U.S. on Monday, against Mexico, are hereby indefinitely suspended,” Trump wrote just before 8:30 p.m. “Mexico, in turn, has agreed to take strong measures to stem the tide of Migration through Mexico, and to our Southern Border.”

The details of the agreement were not immediately clear, and Trump said specifics would be provided by the State Department later in the evening. But the outcome prevents a trade war that experts from both countries had warned could have been an economic catastrophe on both sides of the border.

The new levies would have raised the cost of a wide array of products imported into the United States, including cars, cucumbers, bluejeans, packaged food and chemicals. Trump had warned that he was prepared to ramp them up each month until they hit 25% in October.

That would have been a drastic cost increase for the United States’ largest trading partner, one that could have significantly increased prices for American consumers and ruptured long-established supply chains. Such a move could have prompted retaliation from Mexico in the form of new barriers to trade that could hurt the fortunes of many industries — spurring job losses and potentially even throwing North America into a recession.