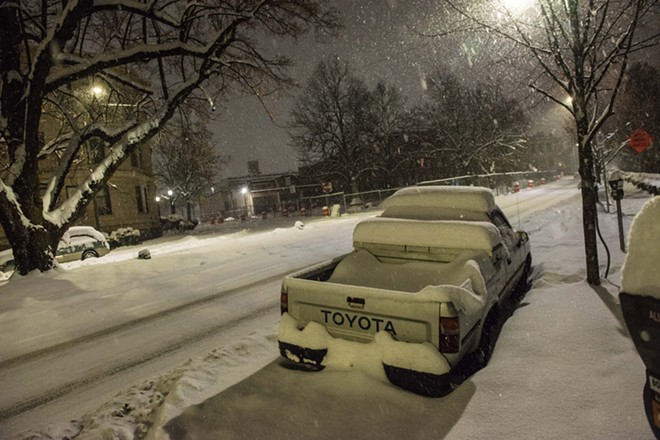 NEWS: The school resource officer with a long record of use-of-force complaints is being paid $10,000 for resigning.

LOVE: For Valentine's Day, I talked to Why Liberalism Failed author Patrick Deneen about why liberalism failed love.

But... but... I thought Mexico was going to pay for it...
Trump declares a national emergency in order to build his wall. Rep. Cathy McMorris Rodgers says that Trump is "circumventing Congress and Article I of the Constitution" and warns that it sets a dangerous precedent.

“If elected president, how would Elizabeth Warren or Bernie Sanders use this precedent for a national disaster declaration to force the Green New Deal on the American people?" she says in a statement. (New York Times)

Nobody loves Howard Schultz
Another sad Valentine's day for the billionaire. (Washington Post)