Trump Fans Protest Against Governors Who Have Imposed Virus Restrictions 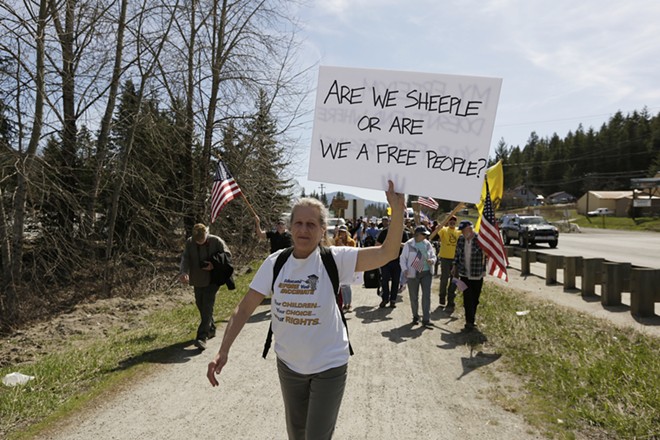 WASHINGTON — President Donald Trump on Friday openly encouraged right-wing protests of social distancing restrictions in states with stay-at-home orders, a day after announcing guidelines for how the nation’s governors should carry out an orderly reopening of their communities on their own timetables.

In a series of all-caps tweets that started two minutes after a Fox News report on the protesters, the president declared, “LIBERATE MICHIGAN!” and “LIBERATE MINNESOTA!” — two states whose Democratic governors have imposed strict social distancing restrictions. He also lashed out at Virginia, where the state’s Democratic governor and Legislature have pushed for strict gun control measures, saying: “LIBERATE VIRGINIA, and save your great 2nd Amendment. It is under siege!”

His stark departure from the more bipartisan tone of his announcement Thursday night suggested Trump was ceding any semblance of national leadership on the pandemic, and choosing instead to divide the country by playing to his political base.

Echoed across the internet and on cable television by conservative pundits and ultraright conspiracy theorists, his tweets were a remarkable example of a president egging on demonstrators and helping to stoke an angry fervor that in its anti-government rhetoric was eerily reminiscent of the birth of the Tea Party movement a decade ago.

In unveiling guidelines Thursday evening at the White House that governors could use to decide when it was safe to phase out restrictions, Trump had taken a more measured tone, emphasizing that “we are not opening all at once, but one careful step at a time.”

The guidelines recommended lifting the restrictions in three phases once states experience 14 days in which testing is available, the number of cases decline and hospitals are not overwhelmed. In Phase 1, some businesses could open but schools would remain closed. In Phase 2, more people could return to work while continuing social distancing. And by Phase 3, most of American life could return to something close to normal.

But the president’s message to governors that “you’re going to call your own shots” quickly gave way to a more strident one by Friday.

Trump’s call for liberation from social distancing rules followed protests around the country as protesters — many wearing red “Make America Great Again” hats — congregated in packed groups around state capitols to demand that restrictions be immediately lifted and to demonize their Democratic governors.