Trump lashes out again at Puerto Rico, bewildering the island 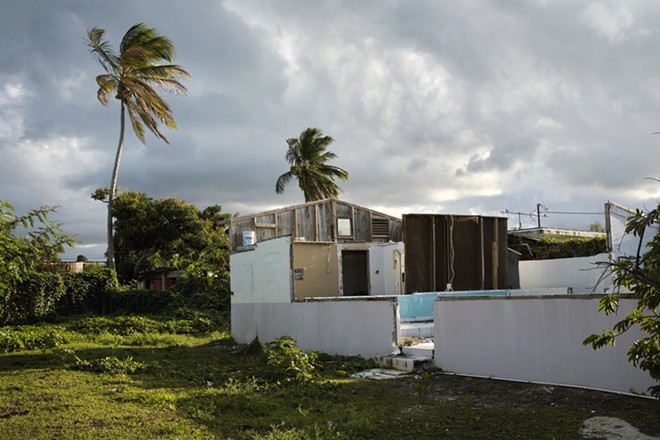 Christopher Gregory/The New York Times
A church destroyed by Hurricane Maria in Guaynabo, Puerto Rico, is still in disrepair in this Jan. 16, 2019 photo. FEMA and other agencies have so far distributed $11.2 billion in aid to Puerto Rico.

WASHINGTON — President Donald Trump on Tuesday lashed out at Puerto Rico’s local lawmakers as “grossly incompetent” and singled out one of his favorite targets, Carmen Yulín Cruz, the mayor of San Juan, as “crazed and incompetent.”

Trump’s latest invective toward the local leaders of an island devastated by a hurricane in September 2017 came in a torrent of tweets, which began Monday night and spilled into Tuesday morning. Trump was reacting after the Senate on Monday blocked billions of dollars in disaster aid for Midwestern states, in part because Democrats said a proposed $600 million in nutritional assistance to Puerto Rico fell short.

“Puerto Rico got far more money than Texas & Florida combined, yet their government can’t do anything right, the place is a mess — nothing works,” Trump wrote on Twitter. He also stated, incorrectly, that Puerto Rico had received $91 billion in aid from the federal government.

In fact, FEMA and other agencies have so far distributed $11.2 billion in aid to Puerto Rico, according to the Office of Management and Budget. Some $41 billion in aid has been allocated, while $91 billion is the budget office’s estimate of how much the island could receive over the next two decades.

Gov. Ricardo A. Rosselló of Puerto Rico, a Democrat, responded to Trump in a tweet of his own Tuesday. “Mr. President, once again, we are not your adversaries, we are your citizens,” Rosselló wrote.

Trump has long been sensitive when it comes to the subject of Puerto Rico, where the U.S. government’s response to Hurricane Maria was widely criticized as too slow. Aides and allies said Trump had vented privately that Puerto Ricans had complained too much, and he had also noted privately that Hurricane Maria, which killed 2,975 people as a result of the storm and its effects, was not as bad as Hurricane Katrina, in which fewer people — 1,833 — were killed.

On Tuesday, Trump seemed to imply in his tweets that Puerto Rico was not part of the United States, noting that local elected officials “only take from USA.”