Trump Moves to End 'Dreamers' and Calls on Congress to Act 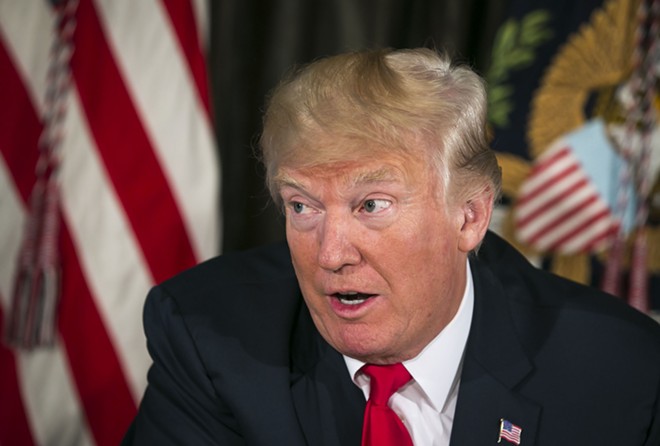 
WASHINGTON — President Donald Trump on Tuesday ordered an end to the Obama-era executive action that shields young people in the country illegally from deportation and called on Congress to replace the policy with legislation before it fully expires on March 5, 2018.


The government will no longer accept new applications from people in the country illegally to shield them from deportation under the Deferred Action for Childhood Arrivals program, known as DACA, administration officials announced Tuesday. But officials said about 800,000 current beneficiaries of the program will not be immediately affected by what they called an “orderly wind down” of former President Barack Obama’s policy.

Trump signaled the move early Tuesday in a tweet, then Attorney General Jeff Sessions formally announced the move to shift the responsibility for the immigration issue to lawmakers.

“The program known as DACA that was effectuated under the Obama administration is being rescinded,” Sessions told reporters, adding that “The policy was implemented unilaterally, to great controversy and legal concern.”

Sessions called the Obama-era policy an “open-ended circumvention of immigration laws” and an unconstitutional use of executive authority. “The executive branch through DACA deliberately sought to achieve what the legislative branch specifically refused to authorize on multiple occasions,” he said.

“The nation must set and enforce a limit on how many immigrants we accept each year, and that means all cannot be accepted.”

The announcement was an effort by Trump to honor his campaign pledge to end Obama’s immigration policy, while avoiding an immediate termination of protections and work permits for the so-called Dreamers, many of whom have lived in the United States since they were small children.

Officials said some of the current immigrants already receiving protection under the Obama-era plan will be able to renew their two-year period of legal status until Oct. 5. But the announcement means that if Congress fails to act, people in the country illegally who were brought to the United States as children could face deportation as early as March to countries where many of them have never lived.

Immigration officials said that they do not intend to actively target the young immigrants as priorities for deportation, though without the program’s protection, the immigrants are considered subject to removal from the United States and would no longer be able to work legally.