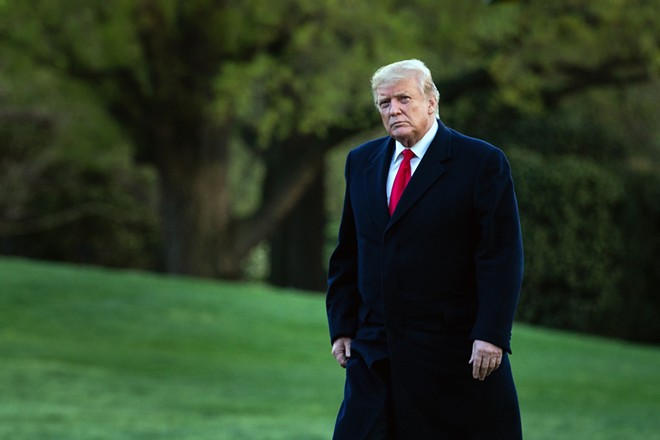 Erin Schaff/The New York Times
President Donald Trump walks across the south lawn of the White House after returning from a trip to Minnesota on Monday, April 15, 2019.

WASHINGTON — The Trump administration is preparing to circumvent Congress to allow the export to Saudi Arabia and the United Arab Emirates of billions of dollars worth of munitions that are now on hold, according to current and former U.S. officials and legislators familiar with the plan.

Secretary of State Mike Pompeo and other senior aides are pushing for the administration to invoke an emergency provision that would allow President Donald Trump to prevent Congress from halting the sales, worth about $7 billion. The transactions, which include precision-guided munitions and combat aircraft, would infuriate lawmakers in both parties.

They would also further inflame tensions between the United States and Iran, which views Saudi Arabia as its main rival and has been supporting the Houthi rebels in Yemen in their campaign against a Saudi-led military coalition that includes the UAE.

U.S. legislators from both parties remain incensed by the Trump administration’s equivocal response to the grisly killing last October by Saudi agents of Jamal Khashoggi, a Washington Post columnist and Virginia resident. They are also frustrated by the administration’s role in supporting the Saudi-led coalition in the Yemen war, a four-year conflict that the United Nations has deemed the world’s worst humanitarian crisis, with thousands of civilians killed and millions suffering from famine.

This spring, both the House and Senate approved bipartisan legislation to cut off military assistance to Saudi Arabia’s war in Yemen using the 1973 War Powers Act, only to see it vetoed in April.

Sen. Marco Rubio, R-Fla., who sits on the Foreign Relations Committee, said circumventing Congress on a Middle East arms sale would be “a big mistake,” though he added that he would need to see the specifics of such a deal.

No other foreign policy issue has created as large a rift between Trump and Congress. Pompeo would oversee the action, and the State Department is bracing for lawmakers to stall confirmations on all State Department nominees if it is implemented. Within the department, veteran Foreign Service officers have strongly opposed Pompeo’s position.

“It sets an incredibly dangerous precedent that future presidents can use to sell weapons without a check from Congress,” Murphy said. “We have the constitutional duty to declare war and the responsibility to oversee arm sales that contravene our national security interests. If we don’t stand up to this abuse of authority, we will permanently box ourselves out of deciding who we should sell weapons to.”