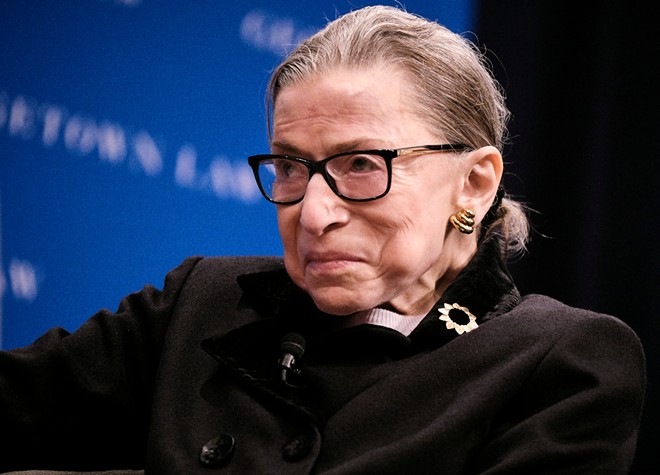 WASHINGTON — President Donald Trump said Monday that he would wait until the end of the week to nominate a replacement for Justice Ruth Bader Ginsburg in deference to her funeral services, trimming even further the time available to confirm his selection before the Nov. 3 election as he hopes to do.

“I think it will be on Friday or Saturday and we want to pay respect, it looks like we will have services on Thursday or Friday, as I understand it, and I think in all due respect we should wait until the services are over for Justice Ginsburg,” Trump said on “Fox & Friends.”

Even as he talked about showing respect for Ginsburg, Trump asserted with absolutely zero evidence that her dying wish that she not be replaced until the next president is chosen, as conveyed by her granddaughter to NPR, was actually made up by Democrats.

“I don’t know that she said that, or was that written out by Adam Schiff and Schumer and Pelosi?” he said, referring to three leading Democrats, Rep. Adam Schiff of California, House Speaker Nancy Pelosi of California and Sen. Chuck Schumer of New York. “I would be more inclined to the second, OK, you know? That came out of the wind. It sounds so beautiful, but that sounds like a Schumer deal, or maybe a Pelosi or Shifty Schiff.”

White House officials had indicated that the announcement of Trump’s Supreme Court pick could come as early as Tuesday and remain eager to get it done sooner rather than later. The president’s aides have been working on a plan for such a scenario for months, whittling down the list of candidates in advance in order to move quickly. Trump said he was currently considering five people but did not name them.

“The bottom line is we won the election; we have an obligation to do what’s right and act as quickly as possible,” Trump said.

Former Vice President Joe Biden, the Democratic presidential nominee, on Sunday denounced Trump’s decision to move ahead with a pick.