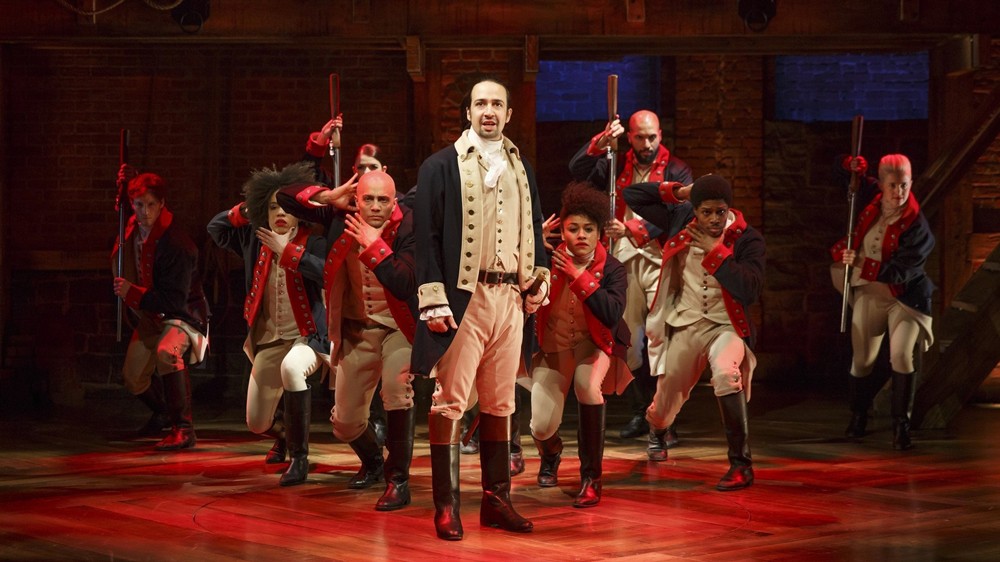 IT'S ALL ABOUT THE TRUMP

Did you know that DONALD TRUMP settled his Trump University fraud case this week for a jaw-dropping $25 million? That Trump's Attorney General nominee, Alabama Senator Jeff Sessions, was once rejected by the Senate Judiciary Committee for calling the NAACP un-American and the Ku Klux Klan "OK, until I found out they smoked pot."? Or that diplomats have been pressured to stay in Trump's hotels? Or that Trump has huge conflict-of-interest issues with businesses in 18 different countries?

But wait, set all that aside. I've just received word: Donald Trump has criticized the cast of the hit hip-hop musical Hamilton! On Twitter, no less.

On Friday night, Vice President-elect Mike Pence attended Hamilton, a musical about, among other things, a vice-president getting so offended that he kills a guy. After the show was completed, the cast delivered a statement to Pence, expressing their concern about Trump's presidency and their hope that the performance had inspired him to "uphold our American values." Many in the audience, meanwhile, booed the mention of Pence's name.

Pence told Face the Nation on Sunday that he wasn't offended, and that boos are "what freedom sounds like." The President-elect, on the other hand, did his Trump thing, calling Hamilton "overrated" and demanding that the cast apologize. Naturally, this is what nearly everybody is talking about.

Calling Trump a genius for using Hamilton to distract the press and public away from his other scandals and controversies may be giving him too much credit. But when it comes to controversy, we tend to focus on the fun and flashy, every time. (DANIEL WALTERS)

For nearly two weeks after the election, the race for state Superintendent of Public Instruction was too close to call. But as more votes have come trickling in, it's become safe to say that CHRIS REYKDAL will edge out ERIN JONES to take over the position as state schools chief.

Reykdal, who has been a state representative, had 50.6 percent of the vote as of press time on Monday, according to the Washington Secretary of State's Office. That represents 29,000 more votes than Jones, a former teacher who served as an assistant superintendent to outgoing superintendent Randy Dorn. There won't be enough votes left for Jones to make up the difference, and a recount would only be required if the margin between the candidates was less than one-half of 1 percent and fewer than 2,000 votes.

Reykdal was a vice-chair of the House Education Committee. He has said he will take a data-driven approach to the job, rather than what Reykdal has described as Dorn's tactic of taking a "hammer" to the legislature.

Jones would have been the first black woman to hold statewide office in Washington. She was a former Milken Educator of the Year as a Rogers High School teacher in 2007. (WILSON CRISCIONE)