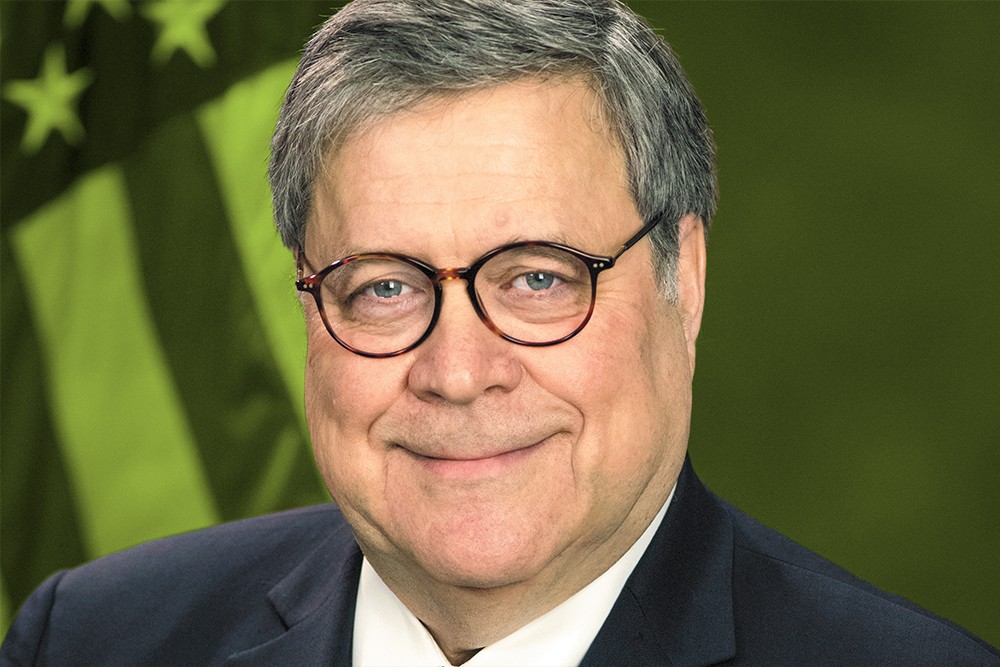 "The situation that I think is intolerable, and which I'm opposed to, is the current situation we're in," Barr said to the Senate Appropriations Committee on April 10 in reference to the disparate viewpoints between weed-legal states and the federal government.

"Personally, I would still favor one uniform federal rule against marijuana but, if there is not sufficient consensus to obtain that, then I think the way to go is to permit a more federal approach so states can make their own decisions within the framework of the federal law and so we're not just ignoring the enforcement of federal law," Barr said.

The stance is a stark divergence from former Attorney General Jeff Sessions, who called for further criminalization of the drug and lumped cannabis into the nation's opioid crisis. Barr's recent statement comes in response to the reintroduction of the Strengthening of the Tenth Amendment Entrusting States (STATES) Act, which would prevent federal law enforcement from pursuing individuals and businesses in the cannabis industry in legalized states.

The STATES Act is a bipartisan legislative effort headed by Sens. Cory Gardner (R-Colorado) and Elizabeth Warren (D-Massachusettes) and is cosponsored by members of both parties. The hope is that the act would put an end to the gray area that states and cannabis companies are working within while also reassuring tertiary businesses, such as banks, to allow for transactional partnerships.

"The current federal policy interferes with the ability of states to implement their own cannabis laws, and the resulting system has stifled important medical research, hurt legitimate businesses and diverted critical law enforcement resources needed elsewhere," Sen. David Joyce (R-Ohio) said in a statement on the legislation.

The assurance is necessary considering that there are now 10 states that have decriminalized recreational cannabis use, with 33 states having legalized medicinal use. Over 200,000 Americans work full-time in cannabis businesses, according to a study done by Whitney Economics and Leafly.

Barr's alignment with the proposed STATES Act is added reassurance since his January statements during his confirmation hearings when Sen. Cory Booker (D-New Jersey) asked him on his stance on the Sessions-revoked Cole Memo, which had mostly protected states with legal pot businesses from federal interference.

"I'm not going to go after companies that have relied on Cole memorandum," Barr said. "However, we either should have a federal law that prohibits marijuana everywhere, which I would support myself because I think it's a mistake to back off marijuana. However, if we want a federal approach — if we want states to have their own laws — then let's get there and get there in the right way." ♦

The original print version of this article was headlined "Barr None"